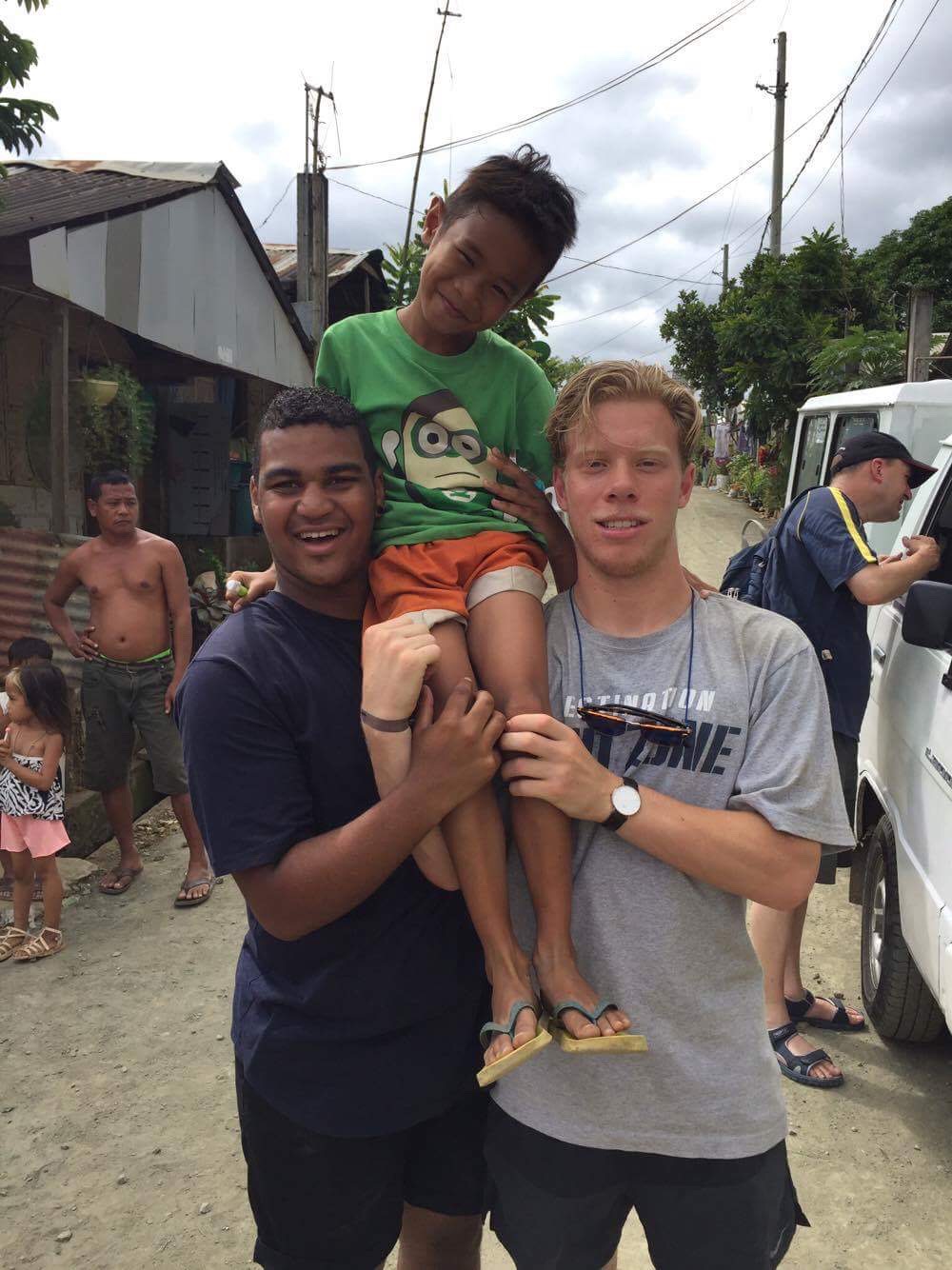 ''Four years ago, almost to the exact day, (8/11/13) a humble fishing town in the Philippines – Tacloban - was devastated by the strongest, most powerful typhoon ever recorded.  As it swept through it left a wide path of destruction, including more than 5,000 deaths.  750,000 People were forced to become homeless. The devastation was enormous. No food, no water, no shelter, no income.

As a group of friends watched the devastation unfold on tv and social media, they decided to try and find an organisation that would allow them to volunteer and help with the clean up of “Yolanda” (the Filipino name for the typhoon) and they were directed to Kids International Ministries (KIM) which is based in Manila.

We sent our first team of volunteers across just 10 weeks after the typhoon stung and they helped feed people, provide clothing, provide hygiene programs – providing water to clean the children and help rebuild homes.

Here began a journey of partnership with Kids International Ministries.  We have since sent six teams of volunteers in four years and almost 100 people from our local community in Melbourne have had their lives transformed as they go to Manila and get alongside people who live in crippling poverty.   This will be the seventh team of people volunteering their time, their finances, and themselves to do whatever they can do to assist the organisation Kids International Ministries (KIM).

While KIM are based in Manila, they are acutely aware of the needs in communities all throughout the Philippines and regularly provide food and medical assistance to many local people.  KIM now own and operate a Children’s home, several schools and a kindergarten. They also run numerous feeding programs, building programs to provide housing and a pregnancy clinic providing free healthcare to women who would otherwise not have their pregnancies monitored.  KIM also provide financial support to people who need it.  All these programs are only able to run through financial donations which teams raise before they leave, as well as some sponsors who are committed to giving regularly.  On our last trip, we were lucky enough to raise enough money to build three homes and our team physically built these while we were there.

A small amount goes a long way in a third world country, and we love being able to go across and physically help Kids International Ministries provide so much to those who have so little.

A small team of 19-20 year olds are heading off once again at the end of this month to do all they can on the ground in the sixteen days they are there.  We know, for sure, once again, this will be a life changing trip which will have a lasting impact.''

For more about this awesome cause, check out Nicky's crowdfunding campaign page below: