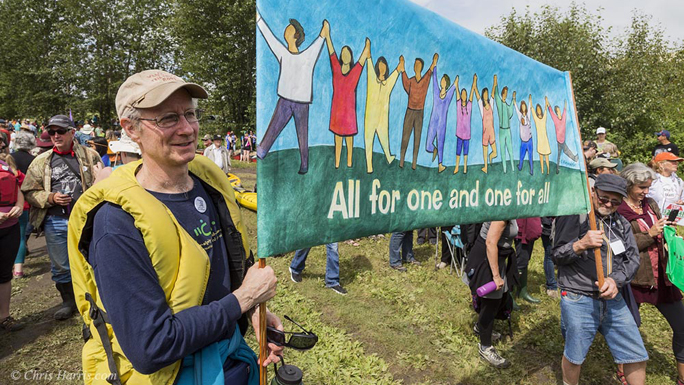 "I am a visual artist and activist living in Wells, BC Canada in Lhtako Dené Territory. In 2015 my partner, Claire Kujundzic and I became involved in resistance to BC Hydro's proposed Site C dam on the Peace River in northeast British Columbia in Treaty 8 Territory when we drove through the beautiful valley slated for flooding. BC Hydro has no market for this power; the dam is not needed. Yet near the end of 2017, our government decided to continue its construction.

To support the farmers and First Nations people who have been trying to stop the dam, I designed and printed shirts in the Cree and Dane-zaa as languages. My goal was to create graphics depicting what we want to support rather than what we oppose. Making indigenous languages visible can also help rectify the legacy of colonialism that has extinguished so many languages. I have printed other shirts since then and created a number of sculptures about resistance to the dam. 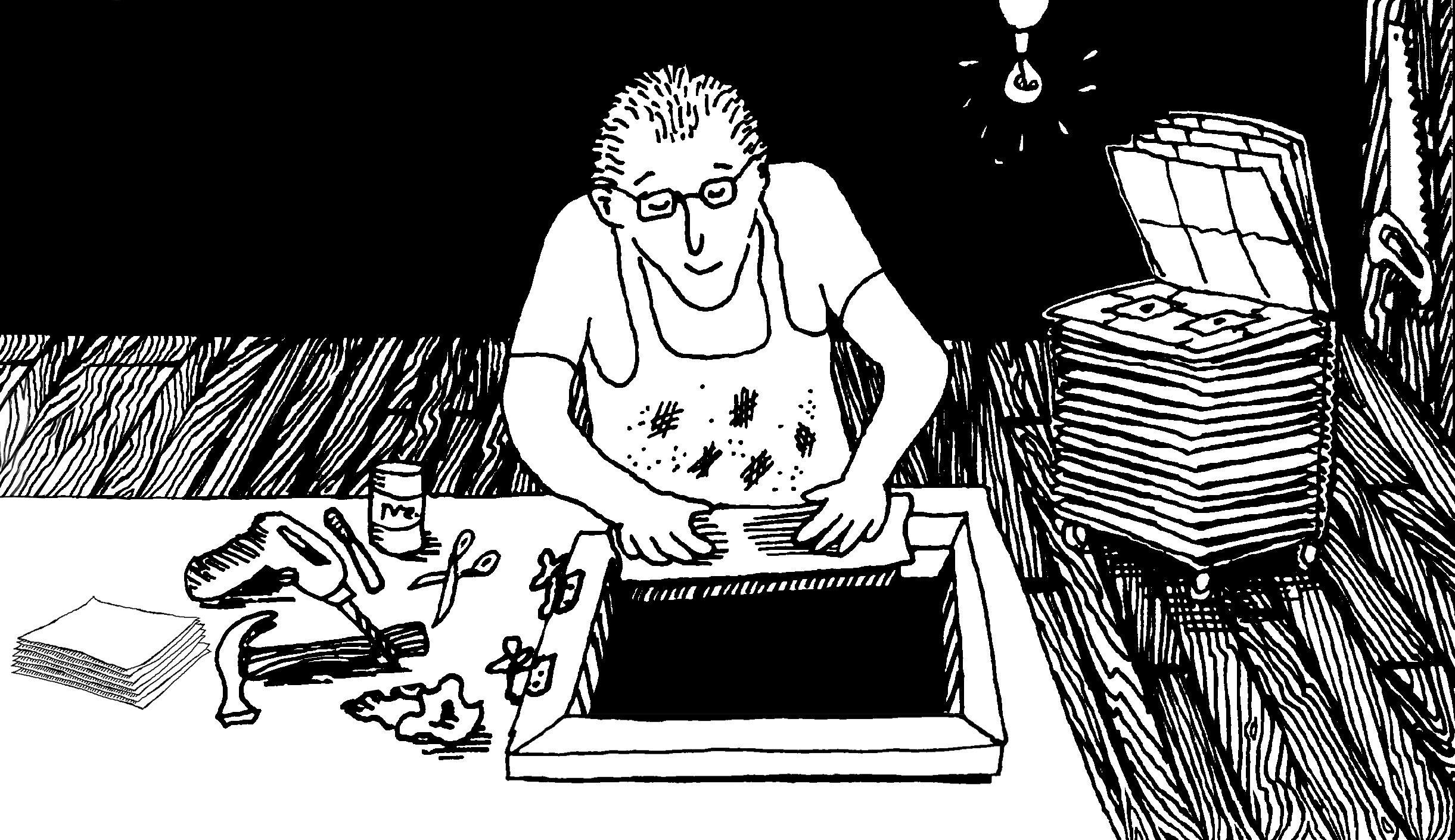 By sharing screen printing techniques at the Treaty 8 Tribal Association in Fort St John, BC, I hope to assist people in the area to unleash their own creative printing projects regardless of their purposes, be it for fundraising, campaigns to protect the Peace River or individual art projects that reflect the cultures of Treaty 8 Territory."
Bill Horne

Learn more about Bill's inspiring environmental activism on his crowdfunding campaign page for the Peace River Screen Printing Project below: