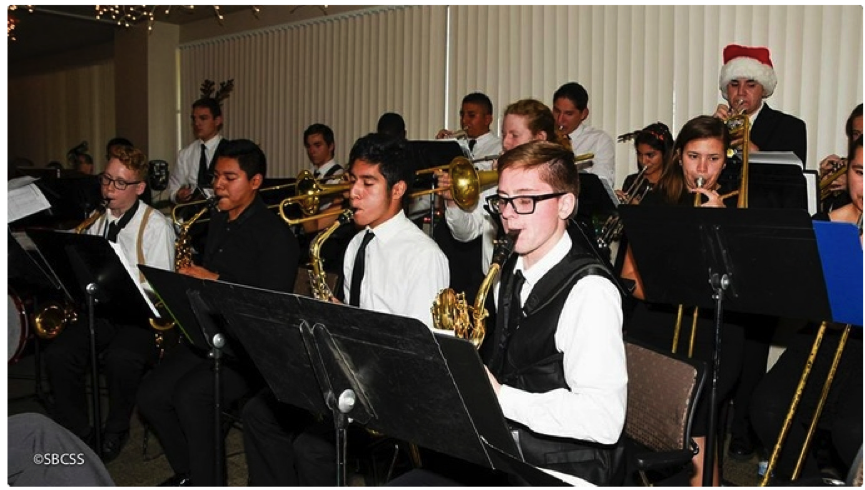 "As a music educator, I've always had an interest for serving urban, working-class communities like the city I grew up in. When I was appointed the band and orchestra director at Cajon High School in San Bernardino, California three years ago, I was overjoyed to bring opportunities for music education and performance to the students in the city.

San Bernardino is a city in the Inland Empire region of Southern California that has been struggling with economic recession- in 2012, the city became the largest city in the United States to file for bankruptcy (and to this day, remains the second-largest city to have filed for bankruptcy- behind Detroit). Most of my students at Cajon High School live in economic hardship. My students have lived with violence around them: in 2015, our city was rocked by a terrorist attack that placed the community in fear and mourning; in 2017, the elementary school a block away from our school was the site of a school shooting stemming from a domestic dispute. Despite this, the city of San Bernardino shows its resilience through its community. As an educator, I support this resilience by teaching one thing: hope.

My approach to making hope happen in my music classes is to provide my students greater opportunity. Since taking over the position of band and orchestra director, the program has expanded in its ensembles offered, amount of performances, quality, and in number of students.

This is the third year that I have spent restarting the jazz band program at Cajon High School, and the first year we have had a big band instrumentation. As a professional musician who has travelled performing music, I also wanted to show my students that music can take them places- quite literally. When the band was accepted to perform at the 2018 Santa Cruz Jazz Festival, I knew this was an opportunity I had to make happen for my students. I investigated the costs involved, and saw that it was an achievable goal, which was why I went to my parent group to start a Chuffed.org fundraiser. In tandem with the Chuffed.org fundraiser, I promoted the group and the cause through social media with musicians I performed with and friends and family, and through a piano recital series. I never realized how quickly the community could come together to make this opportunity happen for my students!"

You can read more about the Cajon High School Jazz band on their campaign page: