Running a Community Event? Here’s How To Make It Wildly Successful Using Crowdfunding How do you build a massively successful community event?

There are plenty of options.

Most people take the usual route, and register their event on an event-specific site and start selling tickets.

But there's a way to turn an event into more than just a gathering. A way to transform it into a movement, build a tribe of raving fans, and change lives forever.

The answer is simple: start crowdfunding your events.

Instead of just selling tickets, using a crowdfunding platform like Chuffed for your event means you can build support and offer perks that a traditional ticket site won't allow you to do.

It's more challenging, more rewarding, and more impactful than anything you've ever tried.

One of the most successful crowdfunding events we've seen was put on by Katrina Lane and Ai-Ling Truong. Both women were passionate about tackling important issues facing the food and drink industry; and creating connections between farmers, producers, chefs, and consumers. 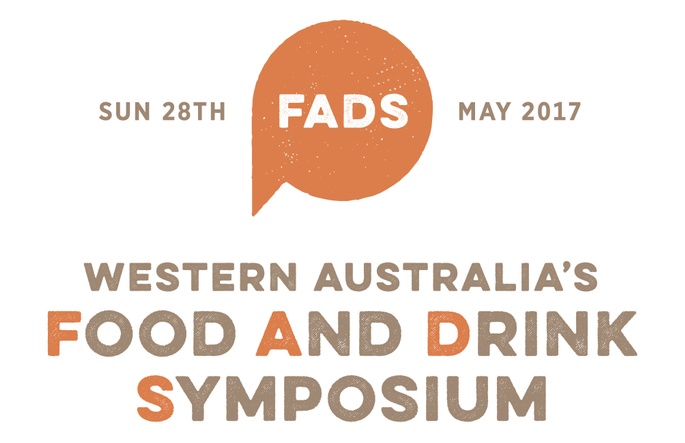 To get it started, they would need to raise a hefty $45,000. But rather than just list the symposium on a ticket site and start selling, they chose to build a community around the event—and never looked back.

Their campaign hit its goal, and the symposium went off with tremendous success. Here are the strategies they used for crowdfunding their event.

The biggest difference between crowdfunding and just selling tickets is in the rewards.

Unlike a traditional event campaign that just sells tickets, Katrina and Ai-Ling were able to leverage the unique abilities of a crowdfunding campaign to build even greater support for FADS.

They were able to expand their offerings from just tickets to offering items like shirts, masterclasses and other food and drink experiences that were related to the event and included some of the speakers and chefs who were a part of the FADS program.

The ability to offer mini-events throughout the campaign that provided unique experiences prior to FADS for different levels of support was perhaps the biggest advantage of crowdfunding. These mini-events helped to attract new audiences, were well received and built excitement before the main event. Overall, the use of mini events as perks added a new angle to the campaign and drew in many supporters through the offline conversations.

"The rewards worked really well, but looking back, I would have reduced the number of perks we initially offered. Instead of putting all the perks on the page at the start, I would start with a limited number and add more as the campaign builds popularity and followers. One of the challenges of running an event-based crowdfunding campaign is that sense of urgency as people generally don’t buy tickets until closer to the event date. Were we to do it again, we would have created both time and quantity-based scarcity. For example, we did have early bird ticket prices, but they were of limited amount. Next time I would offer early bird ticket prices for a limited time, and only a few tickets available at first. If those tickets sell out, we can still add another set—but the limited time would have created a stronger sense of urgency and more immediate sales."

Through crowdfunding Katrina and Ai-Ling wanted to build a community of people for their event who were more engaged with their food and drink culture.

They were transparent with the community and rallied its members to stand behind the project.

They built every piece of the crowdfunding messaging with the community in mind and were very transparent with the finances, so those interested in funding FADS knew where the money was going: During the entire process, they thanked supporters, donors, and speakers.

Because of this focus, they found that one of the main drivers of ticket sales was word-of-mouth. People who were interested, would recommended FADS to their friends, families or colleague and this built a following offline.

To support this offline dialogue and rally support for the cause, Katrina and Ai-Ling designed "mini-events" leading up to the symposium for their community to be a part of.

They collaborated with people who worked in the local food and drink industry, to increase reach through their networks and communities. These mini-events provided opportunities to learn from local food and drink experts, facilitated conversations around topics related to FADS and also generated more interest in the main event as the date drew nearer.

They also spent time on social media thanking those who had hosted events as well as thanking supporters individually.

As the event drew nearer, they increased their social media promotion, posting more frequently and including a call to action in each post.

During the opening speech of the symposium, the MC announced that FADS was 100% crowdfunded which reinforced the community driven nature of the event. The goal was to make the supporters feel valued and included in every step of the process.

FADS couldn't have happened without support from the community, and Katrina and Ai-Ling made sure everyone received the thanks they deserved.

The more the campaign progressed and showed success, the more leverage it had for attracting sponsors to provide larger contributions to the campaign.

Sponsorship contributions were added to the campaign, publicly acknowledged on social media and included an opportunity to be a part of FADS. They focused on engaging sponsors as a part of the campaign in a meaningful way.

They also mentioned their sponsors at the bottom of the FADS website.

In addition to helping the event happen, the sponsors also helped to cross promote the campaign to gain more supporters.

Along the way, Katrina and Ai-Ling made some surprising observations about how the event campaign went.

Most of these were specific to events since crowdfunding is a less common way of raising capital for them.

With plenty of hard work, intense learning, and support from donors and community members, Katrina and Ai-Ling were able to raise all the money needed for FADS.

Following through with their budget, they transformed the facility, hosted world-renowned speakers, and launched an event celebrating the food community around them.

With careful planning, Katrina and Ai-Ling created a crowdfunded event that transformed them and their community.

To find out more about the WESTERN AUSTRALIA’S FOOD AND DRINK SYMPOSIUM (FADS) Campaign on Chuffed.org:

Case Studies
You have a big vision, you want to raise a large amount of funds for your cause, but you don't have a team? Read this to find out how Libby and Caroline built a team to Crowdfund $91,400 for Asylum Seekers
Read more
View all articles