By Yorkshire for Europe

Yorkshire for Europe has launched an urgent fundraising appeal.

We desperately need to raise £20,000 over the next three weeks to create a Fighting Fund to make as big an impact as we can across Yorkshire & the Humber’s 54 constituencies – and we’re asking YOU to help us reach our target! We have to stop Brexit and another Tory government which would be disastrous for Yorkshire.

Why is this important?

This is no ordinary General Election: We’re on the brink of a momentous decision over our relationship with our European friends and partners. It will have profound implications for future generations: our economy, future peace and prosperity – and our rights and freedoms to live, love and work across Europe.

Boris Johnson is trying to con voters by pretending that if he can “get Brexit done” we can all move on to other priorities. But he knows that if his cobbled-together Withdrawal Agreement were voted through, that would be just the beginning; the arguments over the terms of our future relationship with the EU 27 and the rest of the world would continue for years – and the rancour, bitterness and division would go on and on.

The only way to begin the healing process is to elect a majority of MPs ready to block the Government’s disastrous Brexit plans and put the final decision over this whole sorry saga back to the people. 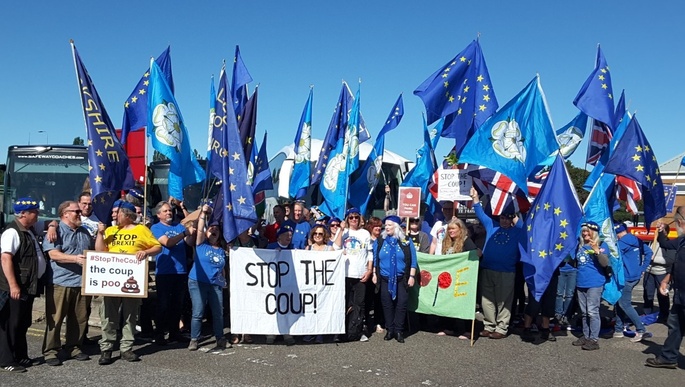 Why all the urgency?

We can’t wait – we have to start right away if our plans are to become a reality. We are up against a party machine with millions of pounds at their disposal, sophisticated micro-targeting and politicians who can expect hundreds of hours of free exposure on mainstream media.

By contrast Yorkshire for Europe – an alliance of 17 pro-EU groups in the Yorkshire & the Humber region – is run entirely by volunteers with very limited resources – and no super-rich backers! We represent the majority who now support remaining in the EU – as consistently shown by polling data – and we’re determined that our voices will be heard!

How will the money be spent?

We want to build on the success we have already had with eye-catching campaign initiatives that have attracted mainstream media attention in Yorkshire, the UK and worldwide. In the few weeks before the next election we want to:

There are less than six weeks to go before polling day on December 12th – it’s vital that we do what we can to influence the outcome. Please help us! 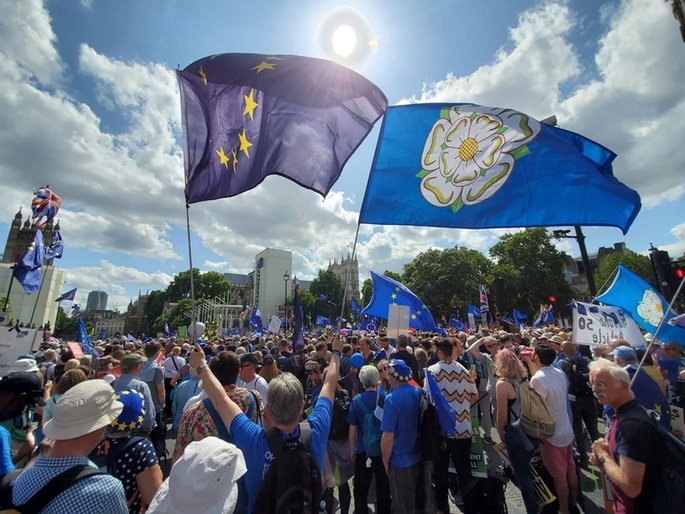 Yorkshire for Europe needs funds to fight for our right to have a final say on Brexit. Only six weeks before the election on Dec 12 – it’s vital that we mobilise to influence the outcome. Help us!

Get in touch with Yorkshire for Europe Emergency Fundraising Appeal