The Western Downs Alliance has commenced legal proceedings which will challenge the Federal Environment Minister, Greg Hunt's, approval of 6,100 CSG wells in Queensland.

The Santos GLNG Gas Field Development Expansion extends across almost 1 million hectares of land, from Roma east to Taroom and Wandoan, and north towards Rolleston.

The community group has lodged a case in the Federal Court of Australia against the approval under the national environmental law, arguing that the Minister’s approval was unlawful because he ignored plans by Santos to discharge large volumes of CSG waste water into the Dawson River.

The Independent Expert Scientific Committee advised that there is considerable scientific uncertainty about potential impacts on surface and groundwater from the project:

The people of Qld are sick and tired of CSG companies riding roughshod over farmers and communities, and putting long-term water supplies and food production under threat.

We have launched this challenge because we believe Minister Hunt’s approval is unlawful. This case is the first of its kind.

Minister Hunt assessed and approved this development under the Water Trigger that was put into the national environmental law in June 2013 specifically to protect our water resources from large coal and CSG development.

However, in this case it appears from the documents that Minister Hunt didn’t assess the impact that the inevitable release of large volumes of waste water from the CSG project into the Dawson River would have.

We’re determined to test whether this approval was given lawfully, and to act in the interests of landholders and water resources in our region.

The next step in our case is crucial - we have asked the Minister to provide all of the documents that he relied upon to make his decision to approve the project.

Legal representation and court action is expensive. The government and multinationals love that, it keeps us in our places.

We have the team at the Environmental Defenders Office (EDO) acting on our behalf.

Legal representation and court action is expensive. The government and multinationals love that, it keeps us in our places.

Join us by contributing to this fighting fund.

The funds we raise here will go directly to this important test case. This is the first CSG case brought under national environmental laws to challenge the application of the Water Trigger. 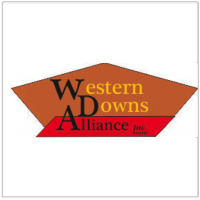 Join us as we lodge the first ever legal challenge against major federal CSG approval: Santos' 6100 CSG well expansion in Queensland