By Rotary Club of Manly

It's time we talked seriously about toilets...

2.5 billion people or 36 % of the global population today lack access to toilets. According to the UNHDI the comparable figure for PNG in 2015 was an incredible 81%. This is happening on our doorstep at the nearest point some 4 kilometres north of Australian shores.

How big a deal is this? 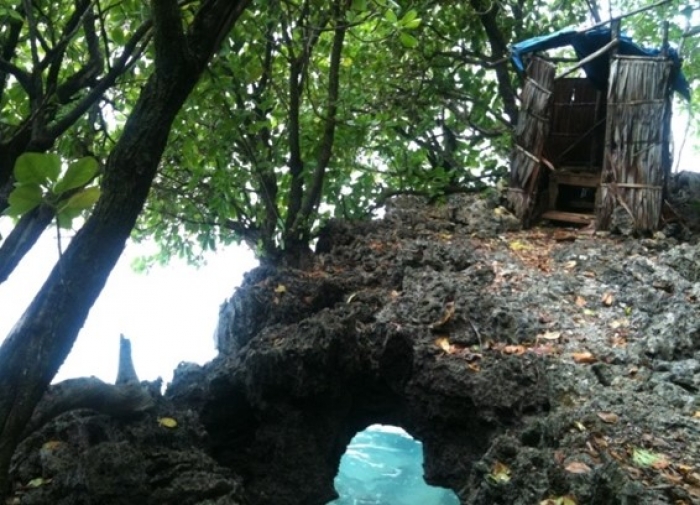 In fact poor sanitation is linked to over 50 diseases. See Rose George's TED Talk for an excellent and entertainment treatment of this subject: https://www.ted.com/talks/rose_george_let_s_talk_c... ).

Sadly children are one of the groups most impacted. In PNG child mortality rates are consistently among the world's worst. This is due in no small part to the high incidence of diarrhoea, the second largest cause of infant mortality in PNG.

Alarmingly, after a period of improvement, the incidence of water borne disease such as typhoid and cholera are again on the rise in PNG, Australia's closest neighbour.

So while it's hardly 'sexy' and rarely the subject of polite conversation, it really is time we started talking seriously about toilets...

Despite significant international funding allotted to PNG for water, sanitation and hygiene combined - through the global WASH initiative - in percentage terms fewer people in PNG today have access to sanitation than 20 years ago. 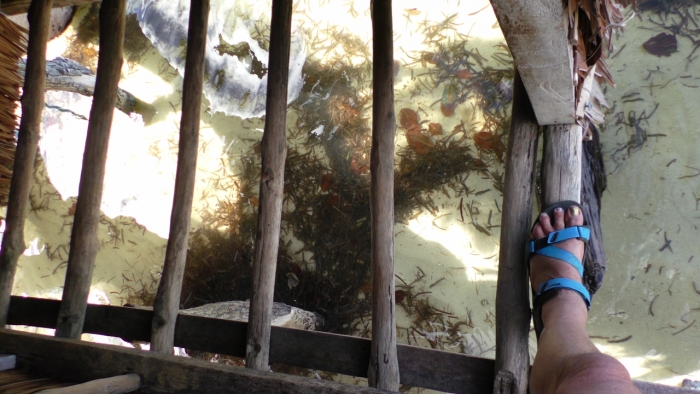 In part this reflects the prioritisation within WASH budgets of water over sanitation - a far more pleasant subject matter to be fair! In PNG's case it is also a function of their population growth which is rapid even by developing country standards.

Of concern is that even if PNG's population remained at current levels, rough calculations using data from the two largest players in WASH in PNG - Wateraid and Childfund - suggests it will take 450 years before access to sanitation in PNG matches that of Australia.

In short, we are going backwards.

If you share our view that the health of our nearest neighbour is important, please read on...

What we're doing about it

This project has at its heart the belief that faster scale-up of sanitation IS possible when local communities are effectively engaged and trained to solve the problem themselves.

PNG is a young country with roughly half the population under the age of 25. This project makes use of this large, mostly underutilised workforce. It engages elders in workshops, initially on how to run community hygiene awareness sessions followed by training on the technical aspects of installing, maintaining and using composting toilets. 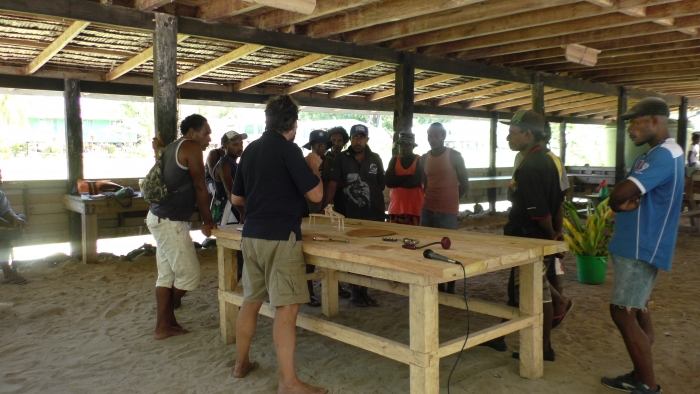 Next, and in line with melanesian culture, a train-the-trainer approach is used whereby elders train young men who are often disengaged, disaffected and a major cause of social disruption in villages across PNG today.

New and valuable skills are learnt and respect and value of traditional skills, leadership, knowledge and crafts are reinvigorated.

Young men are also taught proper handling of compost waste. Its application as a nutrient rich material to promote shoreline plantings serves as a barrier against the high tides which threaten PNGs many island and atoll communities.

Getting toilets into communities means the prevalence of young girls absenting themselves from school when menstruating due to a lack of facilities with privacy and clean water is mitigated. In this way this project not only addresses the health risks associated with sanitation, it also promotes gender equity by supporting girls to remain in class.

Manly Rotary and District 9685 have awarded combined grants of $16,000 for the purchase of composting units for 3 villages in Rambutso, Manus Province.

We are partnering with Australian NGO, Friends Of Rambutso Inc, founded 9 years ago by a mixed Australian-PNG woman, Lynne Shori. Friends of Rambutso brings local knowledge, well established local connections and valuable learnings from past projects including a recent train-the-trainer workshop for young men on how-to-make-furniture-without-nails. They also bring additional funding.

Your help is needed to raise additional funds so that composting units can be installed at both ends of villages participating in the pilot. Improving accessibility in this way will encourage toilet use and give the pilot the best chance of success.

We invite you to keep abreast of progress, through updates on:

In a world of worthy causes, thank you for considering this one. 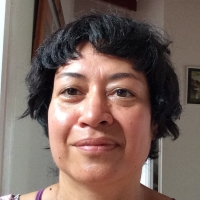 Manly Rotary & District 9685 are partnering with Friends Of Rambutso Inc to run workshops for villagers on the build, use and repair of composting toilets to improve health, gender, social outcomes