Virginia is severely behind regarding education

Even if the state legislature approves all of the investments called for by the governor in his proposed amendments, state spending will still be down 7% per student from 2009 (in constant dollars).

To put a dollar figure on that drop, the state would be investing another $500 million in 2020 to spend the same per student as we did in 2009 (in constant dollars)

That missing half a billion dollars could be used to cover the state share of giving teachers and school staff another 10% pay increase to put us closer to the national average.

Changes have been proposed, but they don't come close to the need

Virginia’s teacher salaries fare even worse when compared to the private sector, where teachers make 30% less than other occupations with similar age, degree level, and hours worked.

The budgeted increase only covers the state’s share of the raise for positions required by state law. Any staffing above these standards that local schools employ will have to be fully funded by local governments or they won’t see the pay increase -- this includes more than 60 percent of the support staff in schools.

Schools in Virginia have a deep inequality issue

Virginia is one of just six states in the nation where school divisions with the least poverty receive more funding per student (state, local, and federal combined) than the districts with the highest poverty rates. The $35 million increase proposed by the governor to the At-Risk Add-On program does not solve this inequity.

This increase in At-Risk Add-On funding would result in fairly small increases for each school division. For example, Richmond would receive an additional $1.8M, Prince William County an additional $2M, and Norfolk $2.1M. For school divisions that have operating budgets in excess of $350 million or $1 billion for Prince William, these supplements are just a drop in the bucket.

The state has the capacity to do much more than they are currently doing to fund our schools. Virginia ranks 12th in the country in per capita income, yet ranks 43rd in per student spending. That’s below Mississippi, North Carolina, South Carolina, and West Virginia.

In Virginia, we spend less per student than the state of Mississippi. To put that in perspective, Virginia has the 12th highest per capita income and Mississippi is dead last at 50th in the country.

Overcrowded classrooms, outdated technologies, dilapidated facilities, and an utter lack of respect from the legislature has taken a stark toll on the once-great VA public education system.

We ask that you give what you can to this solidarity fund for the teachers who are brave enough to stand against these injustices not only for their own sake, but for the future of our children.

Are you also an education worker in Virginia? Please visit VirginiaEducatorsUnited.com or join our Facebook discussion group at tinyurl.com/RedForEdVA.

For more information about efforts to build union power in Richmond, Virginia, and beyond please visit RichmondIWW.org

Please support the organizing education workers across the commonwealth of Virginia by donating to this fund!

This run was produced by the Richmond IWW art team (Primary artist - Bri Melt). We have produced a run of 100 of these posters sized 12x18" on high quality card stock. Each poster is hand-numbered and will be delivered in a durable cardboard mailer. Once this run has been all bought up, we will not be printing any more. There is no place to purchase these prints - only this fundraiser! (Full image here - https://imgur.com/a/lpKaOZ4) 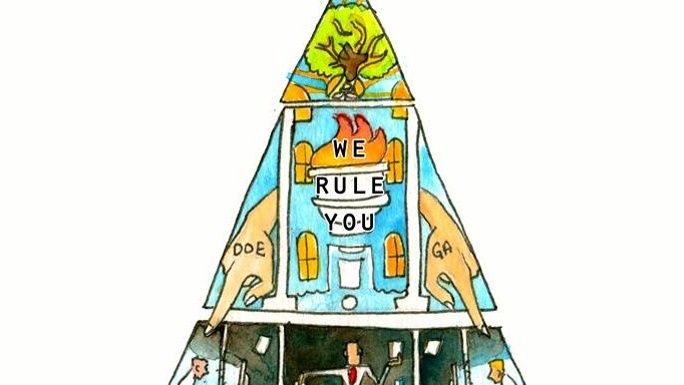 Get in touch with Solidarity Fund for Virginia Public School Workers