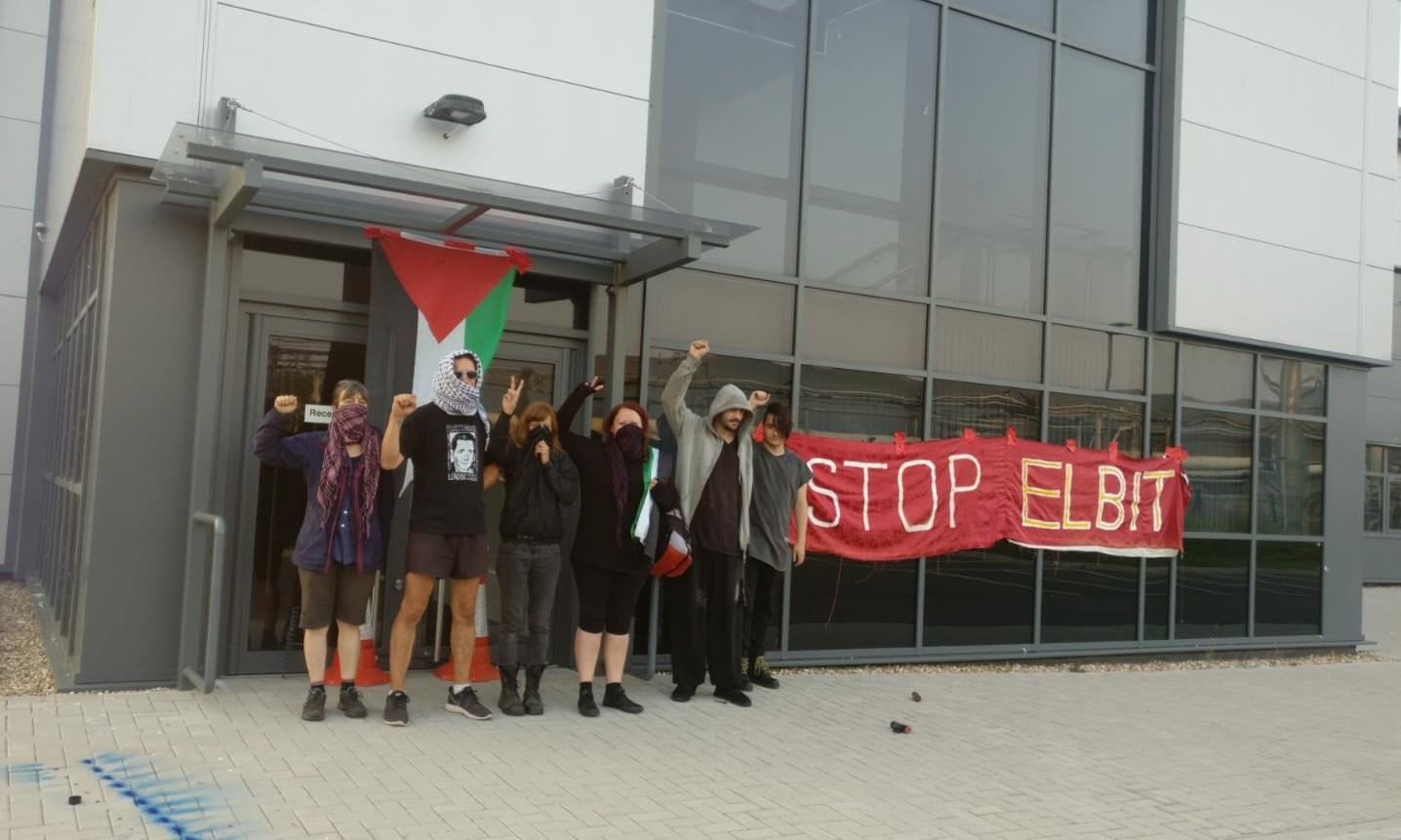 A group of Palestine solidarity activists is currently facing criminal proceedings for squatting a UK-based Israeli arms factory. In their second occupation of the Kent-based Instro factory in as many months, activists from the group Stop Elbit barricaded themselves into the factory perimeter and set up camp. After a two day siege they were forcibly removed and arrested.
The seven activists have now been charged with Aggravated Trespass, an offence which carries a maximum sentence of three months in prison. The activists hope that the trial may reveal important information about Elbit's activities in the UK. It will be heard at Folkestone Magistrates Court, and they will assert that their actions were justified and necessary.

The Elbit-Instro 7 defendants' solidarity fund will help towards covering practical costs associated with the action and the forthcoming trial - eg childcare, travel and accommodation needs, and other costs related to the campaign. Any funds left over will be put back into similar campaigns and actions.

Seven activists have been charged with aggravated trespass for squatting an Israeli arms factory. They are looking for funds to cover campaigning and practical costs associated with the trial and action.

Get in touch with Support the Elbit-Instro Defendants!