By Action for Dolphins

Dolphin Marine Magic claims its dolphins are “happy and healthy”. But a baby dolphin named Ji died of a heart attack there recently – and was found to have leaf litter, metal, and a gaping ulcer in his belly.

Ji’s story is sickening, but it’s not an isolated incident.

All around the world captive dolphins are grating their teeth against the sides of tanks and bashing their heads against concrete walls in frustration.

Australia for Dolphins has launched world-first legal action against the marine park where Ji died to prove dolphins can never be "happy" in captivity - but we need to raise $20,000 before the 30th of April to see this fight through.

If we reach the target in time, a generous donor has agreed to match donations dollar for dollar - but time is running out before the offer expires.

Please, support the the legal fund now, and literally double your donation to help dolphins suffering in chlorinated swimming pools.

This lawsuit is about so much more than helping the five dolphins stuck performing circus tricks at the marine park where baby Ji died.

Can you imagine what it could mean if we can definitively prove in a court of law that dolphin's can't be "happy" in captivity?

It will sound a loud warning bell to big marine parks like Sea World, and aid global efforts to end the cruel practice of dolphin captivity right around the world. 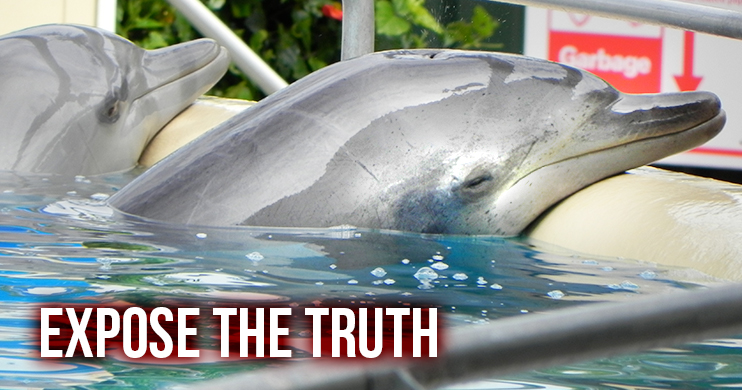 So if you're sick of marine parks pretending everything is fine while dolphins are suffering and dying young in concrete swimming pools please chip in now to support legal action. And literally double your donation to help dolphins.

Support legal action against a marine park and help prove dolphins can't be "happy" in captivity.