By Reclaim the Power

In July, a group from Reclaim the Power shut down the construction site of a proposed new gas power station in Lincolnshire, Keadby 2.

Our crew climbed cranes on the site and blockaded the entrances, dropping banners reading ‘no new gas’ and ‘new gas = climate chaos’. We stayed for over 8 hours, shutting down the site for the day and causing the company significant delays and costs.

We also got lots of coverage in local and regional media, raising awareness of the site and its potential impacts.

For the action, ten people have now been found guilty of Obstruction of the Highway or Aggravated Trespass – we all received 12 month Conditional Discharges and were ordered to pay court costs.

Alongside these court costs, all of us also had travel expenses to get to and from court, and other action costs are currently leaving folks out of pocket.

Now we need your help to cover the costs of this action – please chip in what you can.

Why action at Keadby?

Climate change is happening now, and it’s impacts are already devastating communities across the world. We took this action in solidarity with the people most impacted by this crisis, and who are leading the calls for climate justice.

The fossil fuel industry and its backers like to paint a picture of gas as clean and climate-friendly. In reality, it's just another polluting fossil fuel like oil or coal. Building new pipelines and power stations is blocking the transition we need to a sustainable and just energy system.

Keadby 2 is the only proposed gas power station currently under construction in the UK. If it gets completed, it could usher in a whole new generation of polluting and climate-wrecking infrastructure. The new Keadby project alone could continue burning gas for decades to come. We simply can’t allow it to be built.

What will the money go to?

For our movement to stay active and sustainable, it’s important that we support folks who face legal consequences for actions like these. Any amount you can contribute is a big help, and means that the burden of these costs doesn’t fall on just the few individuals who were arrested in the action at Keadby.

We are fundraising to cover the following costs:

This action was part of Reclaim the Power’s 'Power Beyond Borders' action camp that brought together hundreds of people for a long weekend of workshops and action on climate and migrant justice.

Any money raised additional to what is needed to cover our costs will go to Reclaim the Power, supporting more groups to take direct action for social and environmental justice.

Thanks for your support! 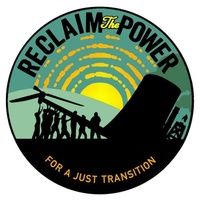 In July, we shut down the construction site of a climate-wrecking gas power station. Ten people were arrested and are now facing costs – help support the action by chipping in.

Get in touch with Support action against new gas power stations