By Solidarity and Defence Fund

Three young African-Australian residents of the public housing estate in Flemington are in urgent need of your support as they face police charges in connection with the Milo Yiannopoulos protest on December 4 last year.

For hours after the Milo Yiannopoulos event on December 4 last year, police protected a group of fascists yelling racial abuse at the mainly black and Muslim residents at the estate. Residents responded by joining in protests against the far-right event occurring across the road from their home.

Serious concerns exist about police conduct on the night. Police attacked protesters, before going on a rampage through the Flemington flats, chasing young people, trying to force their way into homes and attacking residents indiscriminately with batons and pepper spray late into the night. This police aggression has been widely reported and was investigated formally. It comes on the back of years of racial profiling by police in the Flemington area.

Two of these young people now face charges for participating in the protest. The third was charged for an incident a few days after the protest -- he went Flemington police station to complain about police conduct on the night, was stopped outside the police station, and subsequently arrested with Police alleging an assault took place.

Your support is needed

We urgently need to raise funds to ensure that these three young people have access to a robust legal defence.

The charges these young people face are manifestly unjust and could result in a damaging criminal record with substantial impacts on their future employment and life chances.

How funds will be used

A leading criminal defence firm has offered represent these three people at a reduced cost, but depending on the complexity and length of any case this could still cost in excess of five thousand dollars each.

Funds raised will be used to retain legal representation. Any surplus funds will be deposited with the Solidarity and Defence Fund for use in future similar appeals.

The Solidarity and Defence Fund exists to provide practical support to people who are facing difficulty as a result of their stand against injustice and oppression, be it in the workplace, on the streets, or in the community.

NOTE: The header image, a photo taken at the Milo demonstration, does NOT depict any of the people arrested. 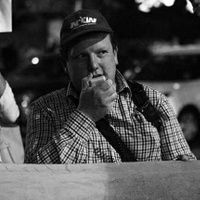 Three young African-Australian residents of the Flemington public housing estate are in urgent need of your support as they face charges in connection with the "Milo" protest on Dec 4 last year.

Get in touch with Solidarity with Flemington estate arrestees