A group of socialists from across the United States are traveling to Argentina to meet and work with the comrades of the Partido Trabajadores Socialistas (PTS). There, we will participate in actions and efforts to build international solidarity for the momentous PepsiCo workers' struggle. At the same time, we will be witnessing and assisting in the FIT's historic primary election in cities across the country. With the reactionary right wing growing throughout the US, the millions supporting a socialist front is important for organizers in the US to learn from.

From left to right: Tatiana, Shreya, Julia and Tre are some of the delegates for the upcoming trip to Argentina.

Check out this video to find out about the PepsiCo workers' incredible battle against the US-based multinational giant. The workers occupied their factory in June in a fight against the corporation's efforts to drive down working conditions and defeat militant worker organizing in Argentina.

Who we are, what we do

We're internationalist socialists from various cities in the US who began meeting two years ago with a vision and the goal of creating a dynamic news website that would put workers, activists, and revolutionaries front and center as they make news and make history.

In June 2015, we launched the Left Voice website, leftvoice.org. Since then, we've published about 900 articles and videos, reaching up to 150,000 visits per month, and we’ve gained over 10,000 followers on Facebook. We’ve broadcasted and livestreamed workers' struggles and social movements, analyzed international and US politics, featured interviews with Marxist ecologists, socialist feminists, and left scholars, and participated in anti-Trump and Black Lives Matter protests. We published a book analyzing Gramsci and Trotsky’s work, and produced two handsome magazines, the last of which was printed at the MadyGraf worker-run factory in Buenos Aires.

Our greatest feat has been the creation of a network of correspondents, writers, editors and translators – all passionate socialists who are putting tremendous energy towards advancing revolutionary ideas, debates, and anti-capitalist movements in the US and abroad. (We invite others to join – send an email to [email protected] if you're interested in our project!)

Left Voice is not a stand-alone project – it's part of the La Izquierda Diario international news network backed by the Trotskyist Fraction, a socialist international organization with groups in 11 countries including Argentina, Mexico, Chile, Brazil, Germany, France, and Spain. Our articles are available in five different languages with the recent addition of Farsi!

We’re not about "left-tourism” and will not be taking a passive role during our visit. Our goal is to have a deep political exchange between those of us in the US who are working towards socialism and members of the Partido de los Trabajadores Socialistas (PTS–Socialist Workers' Party) in Argentina who are doing the same. We hope to come away with a better understanding of the country's history, politics, and left forces, as well as a stronger commitment to improving our work with Left Voice. 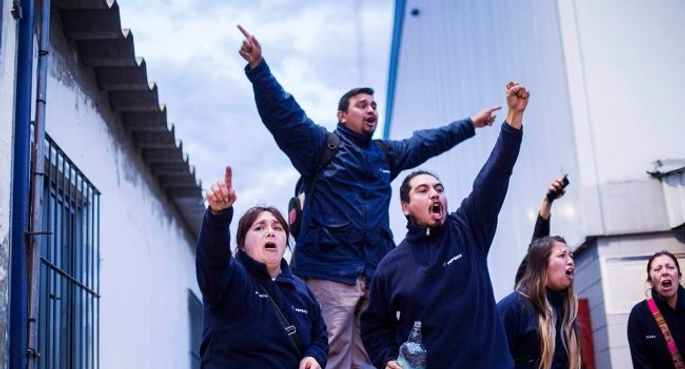 PepsiCo workers occupied their factory in June 2017 to protest the multinational's sudden closure of the plant and the termination of over 600 jobs. Your donation will go directly toward supporting their ongoing struggle!

What your contribution would do

In August, we'll travel to Argentina, meet leaders of the PTS, and assist in their work as we witness the final days of the Left Front’s electoral campaign and see how the three organizations mobilize together to promote socialism through elections. Later, we'll talk with women who founded the Pan y Rosas (Bread and Roses) socialist women’s organization and visit MadyGraf and Zanon workers who will take us through their occupied factories. We’ll learn about the labor movement in Argentina and how they organize assemblies and fight the bureaucrats who run their unions.

Last, we’ll share our stories: organizing against racist police brutality in Los Angeles, coordinating the women’s strike in NYC, organizing in a radical caucus in the teachers’ union, fighting for better conditions in hospitals, and organizing against war, xenophobia, and US imperialism at the universities. When we return, we will organize report-backs and publish materials to share our experiences and what we learn with our supporters and the public.

We’re driven by the historical and material understanding that real socialism and revolution can only be the achievement of the working class and oppressed on an international scale. Our delegation may seem like a tiny step, but it carries with it the potential to be a life-changing experience for the participants and it will bolster an internationalist socialist network with the reach of over 2 million viewers per month.

We need your support to make this trip possible!

We'll use what you donate to subsidize the costs of travel and food. Once we break the $4,000 point, we pledge to donate 10% toward workers' struggles, in particular, the workers' fight against PEPSICO multinational to demand their jobs (click here to learn more).

No donation is too small. Please help us and become part of this historical experience. Thanks for your solidarity!

Read more about the members of the delegation HERE. 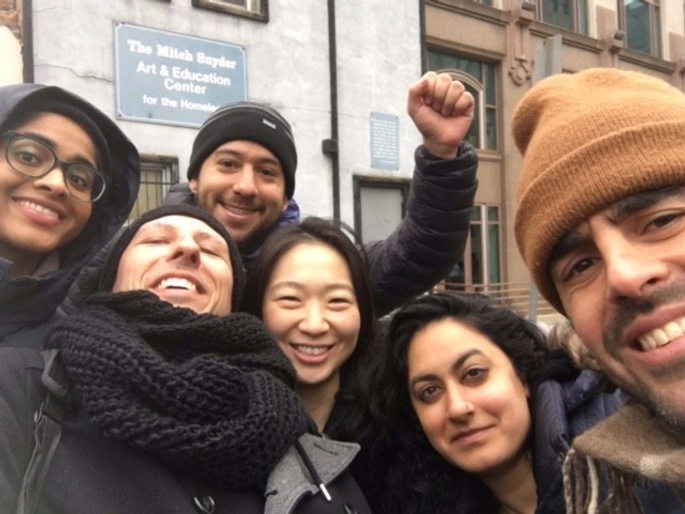 On July 13, the workers were violently evicted by the police. The same day, the Labor Courts ruled that PepsiCo violated the law and ordered the immediate reinstatment of the over 600 workers fired on June 20.

Thousands marched with the PTS on March 24, 2017, the annual Day of Remembrance for Truth and Justice, to honor the victims of the Dirty Wars that began in 1976.

If a picture is worth a thousand words, then 10 days of face-to-face workshops, conversations with workers, and visits to occupied factories are worth a million. We need your support!

Get in touch with Socialist Delegation to Argentina