The Congress to be held in Sydney in July 2017 provides a unique opportunity for people in the South-East Asia and Oceania areas to meet and share with other people focussed on cave management and conservation from around the world. But attending an international congress is expensive, especially if you are from a developing country where wages are limited or your cave work and study efforts are unpaid.

We would like to offer two scholarships to people working or studying in cave management and conservation in developing countries in the South-East Asia and Oceania areas. The scholarships would allow people from the Australasian region who would otherwise be unable to attend the congress to do so.

The successful applicants would be post-graduate students or cave managers who either support themselves or who are associated with a non-government association. Generally, the scholarships would not be awarded to government employees, but all applications will be assessed by a professional panel.

Increasing the opportunities for relevant people in the South-East Asia and Oceania areas to attend the congress will increase understanding of the significant conservation issues associated with caves and their management. It will lead to better outcomes for cave conservation and management in the area.

We invite your generous support to help us raise AUS $6000. By doing do, you will be contributing to a greater understanding of caves, their conservation and management in the South-East Asia and Oceania areas. The small step of two additional people from these areas attending the 17th International Congress of Speleology in Sydney will be a stepping stone to better outcomes for cave conservation into the future.

The scholarships will be AUS $3000 each towards travel, accommodation, registration and participation in field excursions. The successful applicants will be required to present on their work at the 17th International Congress of Speleology. 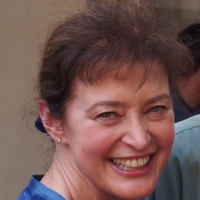 Assist us to offer two scholarships in the South-East Asia and Oceania areas to attend an international cave congress; leading to better outcomes for the protection and conservation of caves.

Donate $50 or more and you will receive a copy of Living Lights the Glowworms of Australia and New Zealand. (But we can only post to addresses in Australia.)

Take part in a special donors dinner on the paddle-wheel steamer Nepean Belle during the International Congress of Speleology.

Get in touch with Scholarships to International Cave Congress