UPDATE: We are in Sumatra!

We have only been here for two days, but we have done weeks' worth of work with the locals in that time. 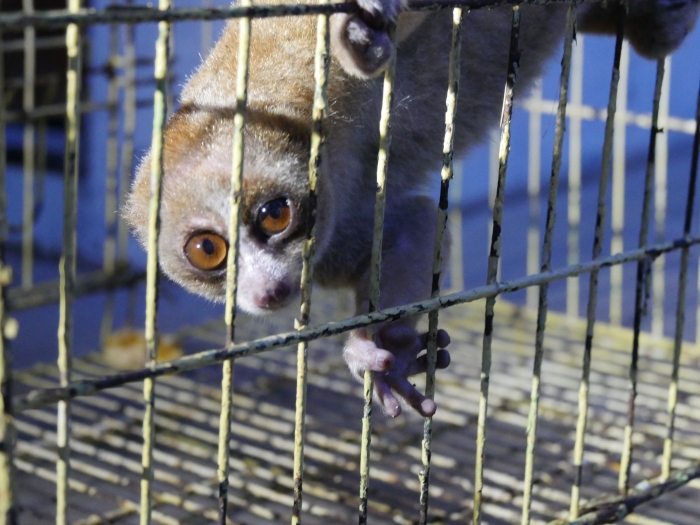 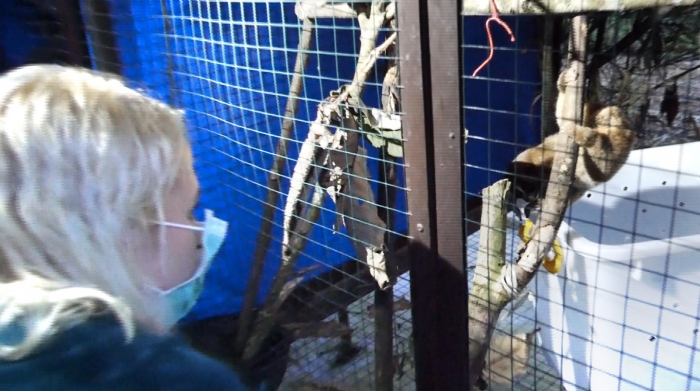 - On September 7, we landed, and immediately went undercover to the wildlife markets. We saw horrors unlike anything we anticipated, like a sick baby monkey taking his last breath on the floor of his filth-covered cage, while another close-to-death monkey sat beside him futilely trying to comfort him.

- Right after that, we got an unexpected call to help transport a rescued slow loris (from the same market we just came from!) from Sumatra's Department of Natural Resources and Ecosystem Conservation ("BKSDA" in Indonesian) to Rudianto Sembiring's wildlife rehabilitation facility (http://iscp.or.id/) outside Medan. The trip was long and stressful, with the terrified slow loris trying to understand what was happening while we rushed through the rocky roads leaving the capital city and into the mountains. But he made it, and is now rehabilitating in a wonderful habitat before he is re-released into the wild.

- During this rescue, we got the opportunity to meet the minister in charge of all Sumatra's wildlife. She told us what it would take to save Sumatra's precious animals, and we listened to her story about how she fell in love with an elephant's eyes during the course of her work.

- On September 8, we were honored to deliver lectures to two Indonesian universities. We addressed over 300 students and faculty, and had amazingly productive discussions with countless students who had brilliant questions and ideas on how to help both the communities as well as animals of Sumatra. If the future is in their capable hands, there is hope.

More to come in a few hours...

Elizabeth: In Medan, Indonesia, I asked my driver why endangered fruit bats were being sold in roadside cages. As one climbed towards me in his cage, I learned that local people believed that eating a bat would cure asthma. The innocent creature looked me in the eyes...

As I learned more, a project was born. 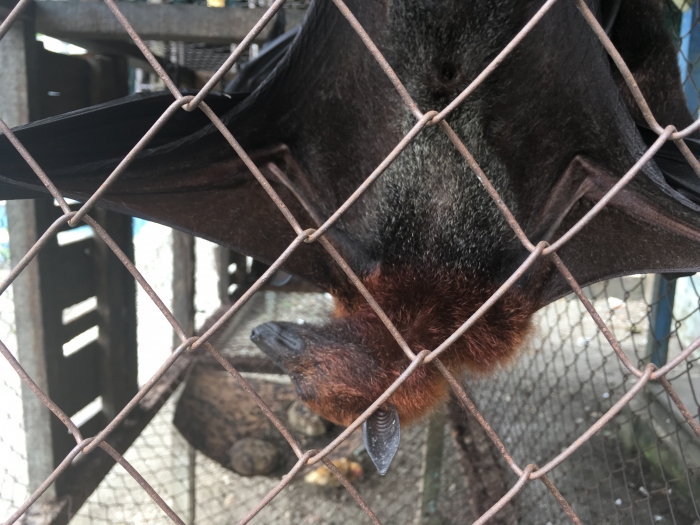 In September 2016, we will hit the ground running in North Sumatra, Indonesia, to create a film about the critically endangered wildlife and people displaced by palm plantations who live in the Leuser Ecosystem in Sumatra. 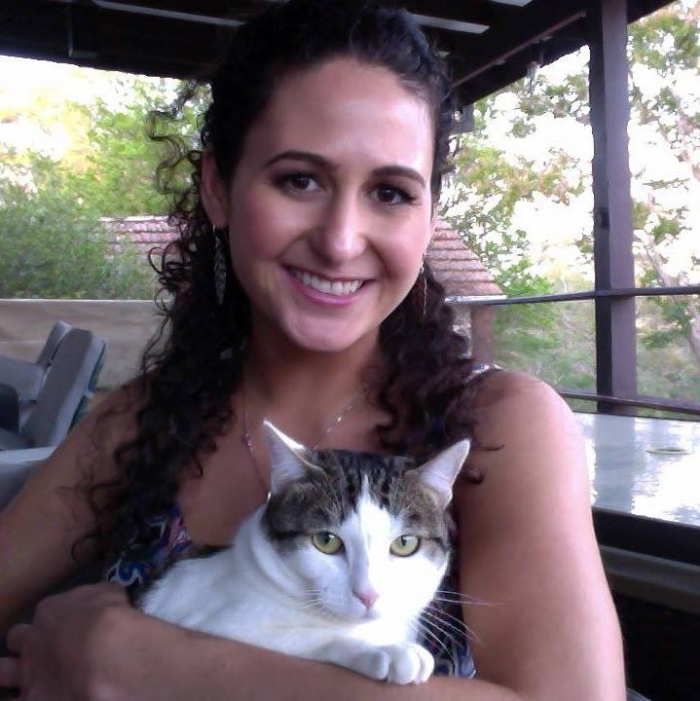 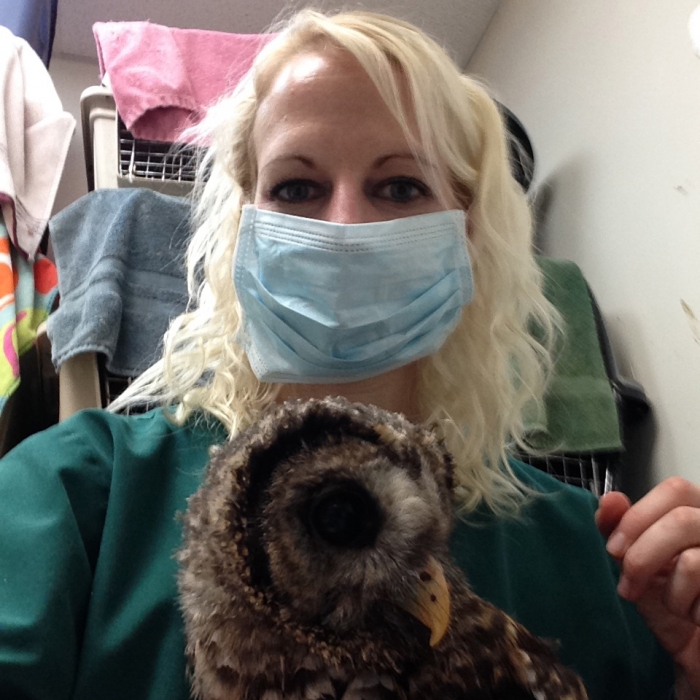 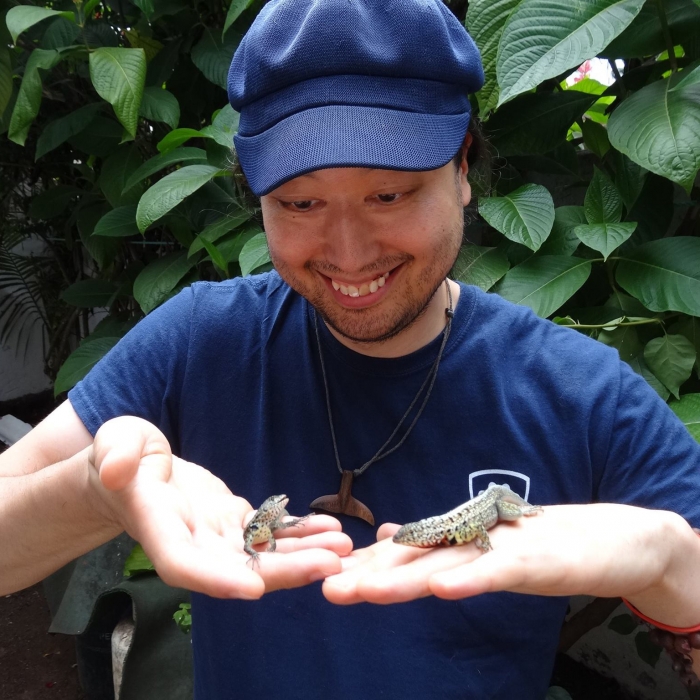 In addition, we have been asked to help with direct rescue of formerly captured wildlife (slow lorises in particular), and discuss making animal hospitals on Sumatra. So we will be directly helping orangutans, slow lorises, fruit bats, and dogs and cats during our time there. We will also be collecting stories by interviewing people displaced by palm plantations, and the economic, social, and human rights impact on them.

The Leuser Ecosystem in North Sumatra is one of the most biodiverse and ancient ecosystems in the world, and the last place on earth where rhinos, tigers, elephants, and orangutans roam together. But this precious ecosystem is facing many threats, much of it has already been destroyed, and we run the real risk of losing it forever. Palm oil companies are cutting down rainforest to grow their crops, and wildlife poaching is rampant. Chinese medicine there also cultivates the belief that eating an endangered species will cure asthma.

For many people – including many local Indonesian people – these threats are “invisible.” But if you know where to look, you can find signs of the ecosystem’s destruction everywhere. Mile after mile of palm oil plantations stretch across the landscape. Wildlife markets sell surprising animals like threatened species of fruit bats, for shocking reasons, like the belief that their meat has magical healing powers. And people's livelihoods are being displaced by the palm plantations.

Activists in Indonesia are working on the myriad of issues in North Sumatra. Through direct rescue, creating services for animals that didn’t exist before, and humane education at all levels, people there in Medan and throughout Indonesia are dedicating every day of their lives to saving this precious ecosystem.

We will be meeting with groups on the ground there, talking about all the issues getting in the way of saving the rainforest and the people who count on it. And we will show people of all types trying to solve the problem so many different ways.

Tod Emko - Founder of Darwin Animal Doctors, the only free, full-time humane education center and animal hospital in the Galapagos Islands, that treats all animals of the islands.

Julie Henry - Biologist, experienced vet tech for animals both domestic and wild, and director of photography for conservation purposes.

E.C. Alberts - Respected journalist for publications like The Dodo that has millions of readers, and entrepreneur starting her own podcast, EarthVoice, interviewing conservationists from around the world. 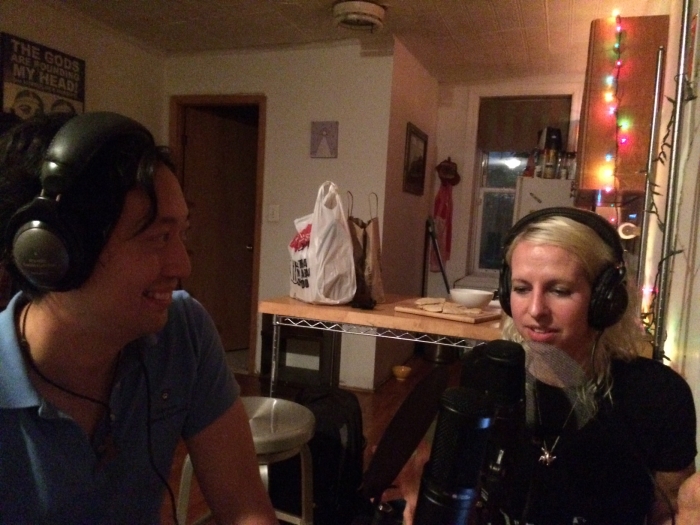 How You Can Make This Happen!

We are asking for $7,000 for the video equipment, transportation and logistics (like local translator), and postproduction to create a sizzle reel to show what is happening there, before next steps for a bigger production are considered.

Estimated Number of Mins of the Reel 10

I couldn’t help that fruit bat we locked eyes with in Medan, but now you have the chance to support our unique filmmaking project that will help innumerable animals in Indonesia. 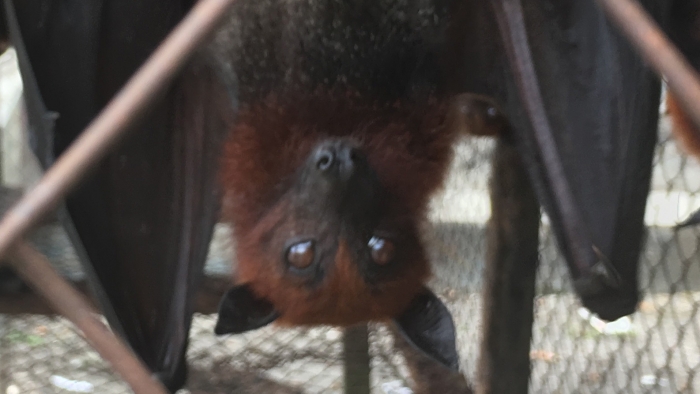 Please support this cause and donate today!

- Anyone who gives $30 or above, will get their name mentioned as a Backer on the completed Sizzle Reel.

- Anyone who donates $50 or above, will get a copy of the completed Sizzle Reel, with their name as backer.


- Anyone who donates $500 or more, gets a producer credit on the Reel!

Join us as we go to Indonesia to meet the local Sumatrans who live in one of the most important island ecosystems on earth. We will listen to their voices and share their stories with the world.

Get in touch with Saving Wild Sumatra