Australia is fortunate enough to be home to a vast array of incredible raptor species, from the huge Wedge-tailed Eagle to the tiny Nankeen Kestrel. Many of these species are threatened and come into care every year where they are treated, rehabilitated and eventually released back into the wild. Australian Raptor Care and Conservation Inc (ARCC Inc) is a volunteer run, not-for-profit organisation that was founded with the intention of advancing and exchanging knowledge of Australian raptors to improve their successful rehabilitation and release by working with veterinarians, students, carers and scientists. 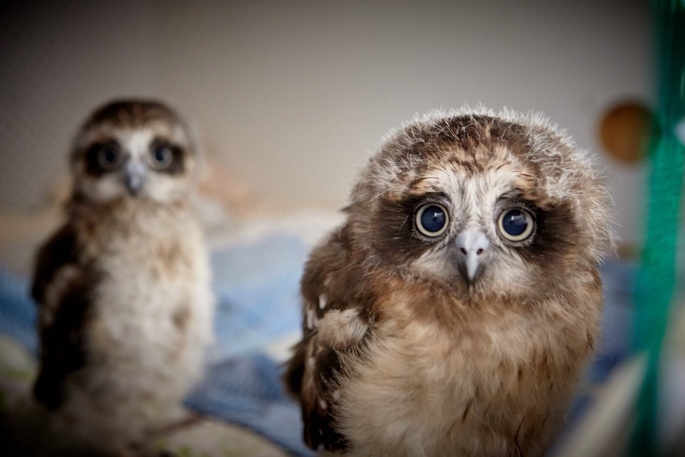 A gap in current knowledge

Rehabilitation of raptors is a specialised field, due to the delicate nature of the patient and the requirement of unique equipment, skills, facilities and resources. Many wild raptors are rehabilitated and released but post release survival rates are not evaluated so the efficacy of rehabilitation techniques is unknown. Considering many of these species are threatened, it is biologically important that these birds can survive and return to a breeding population.

We aim to address this gap by answering questions such as; are released raptors fit enough to survive in the wild after their time in captivity; are they able to hunt and forage for food; where will they go; and do our current rehabilitation techniques set these birds up for post release survival? To date, seven birds have been tracked, but we have plans to track a total of ten birds in the future. This information will be organised so that it is accessible for raptor carers Australia wide to ensure released raptors have the best chance at survival. Tail mounted Argos Satellite trackers are used as they do not constrict the birds in any way, there are less chance of abrasions as there is no harness around the bird that can rub, they are light and are dropped when the feathers moult - considering we are dealing with previously compromised birds, it is imperative that the trackers we use do not impede the birds in any way

Working in tandem with the Higher Grounds Raptor Centre (HGRC) in the Southern Highlands of New South Wales, ARCC Inc has begun a satellite tracking program of rehabilitated raptors that have been released from captivity. Birds in the program are Wedge-tailed Eagles and White Bellied Sea Eagles rehabilitated by Peggy McDonald at the HGRC through the Peter Spitzer Free Flight Rehabilitation Aviary, which is the largest aviary of it’s type in the Southern Hemisphere. This aviary is 100 metres in circumference and contains a circular column in the centre that allows birds to freely fly without seeing an endpoint, thus encouraging continuous flight. The aviary is modelled on those used by Abu Dhabi Falcon Hospital and helps provide ultimate fitness for raptors in care.

Some of our success stories

In September 2016 and 2017, two Wedge-tailed Eagles were rehabilitated and fitted with Kiwisat 303 Argos Satellite Trackers while under anaesthetic at the Southern Highlands Veterinary Centre.

WTE 009 was a recently fledged juvenile that was found unable to fly. A clinical exam performed at the Southern Highlands Veterinary Centre found weakness, emaciation and severe feather dysplasia. The bird was hospitalised at Higher Ground Raptors and as its body condition improved it graduated through the aviaries until it was ready to be placed in the Peter Spitzer Free Flight Aviary where it resided for 9 months. During this time, WTE009 went through two moults before developing normal plumage, and following this was ready for release. 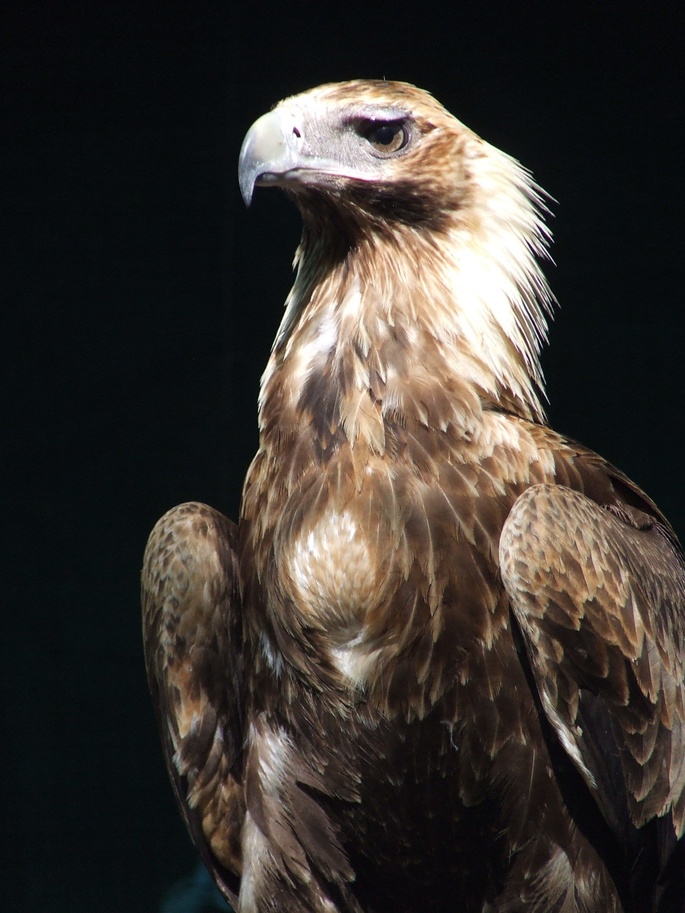 WTE 016 was a mature bird that had been caught in a dog trap. Clinical findings included bruising and laceration of the right foot. Radiography showed a partially healed oblique fracture of the distal left femur with callus formation. The laceration was treated with antibiotics and allowed to heal. The fracture was slightly misaligned however orthopaedic specialist advice found it stable and best to allow healing to continue without intervention. The eagle was then allowed to recover its strength and flight fitness at HGR before being deemed fit for release.

The Wedge-tailed Eagles were observed in the free flight aviary for 48hrs after being fitted with the trackers and before being released directly from the aviary. The eagles went their separate ways and transmissions were received for 70 days for WTE 009 and 68 days for WTE 016. WTE 016’s tracker was found 36 days later attached to a moulted feather beside a kangaroo carcass, 106km from the release site. The transmitter fitted to WTE 009 was not recovered. WTE016 initially stayed within the radius of its release, then started making longer flights over the Southern Highlands and further inland. WTE 009 stayed in the general vicinity of the point of release. Since then, five more birds have been tracked and results are currently being collated. 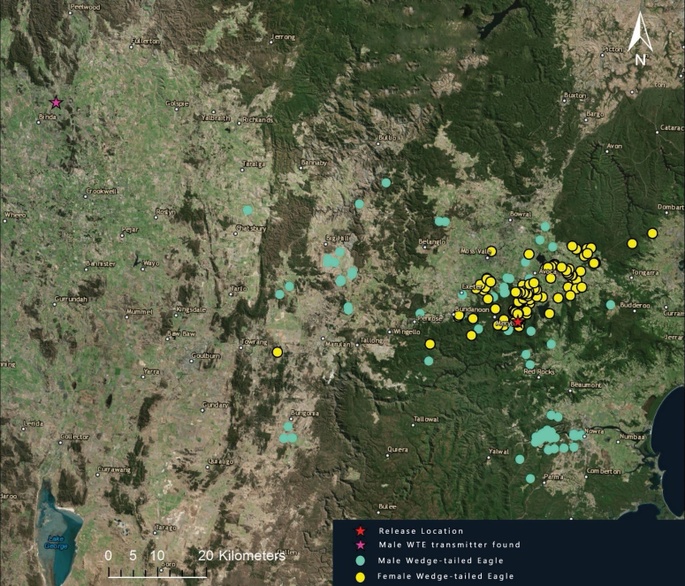 The amount of time that we were able to follow the birds for and the distances they covered, in our opinion indicated their ability to locate food and thus, survival success – so far, all seven birds in the program have been tracked for this minimum critical period!

Why we need your help

Although the information gathered from this project is invaluable, the project itself requires a huge amount of funding for it to occur. Once the tracker itself is paid for, there are still monthly fees for using the Argos satellite and for receiving daily transmissions from the tracker. Some of the areas where your donation go to are as follows:

Future endeavours that require funding include a separate circular aviary for birds that are awaiting tracking - the costs of an aviary like this are upwards of $30,000 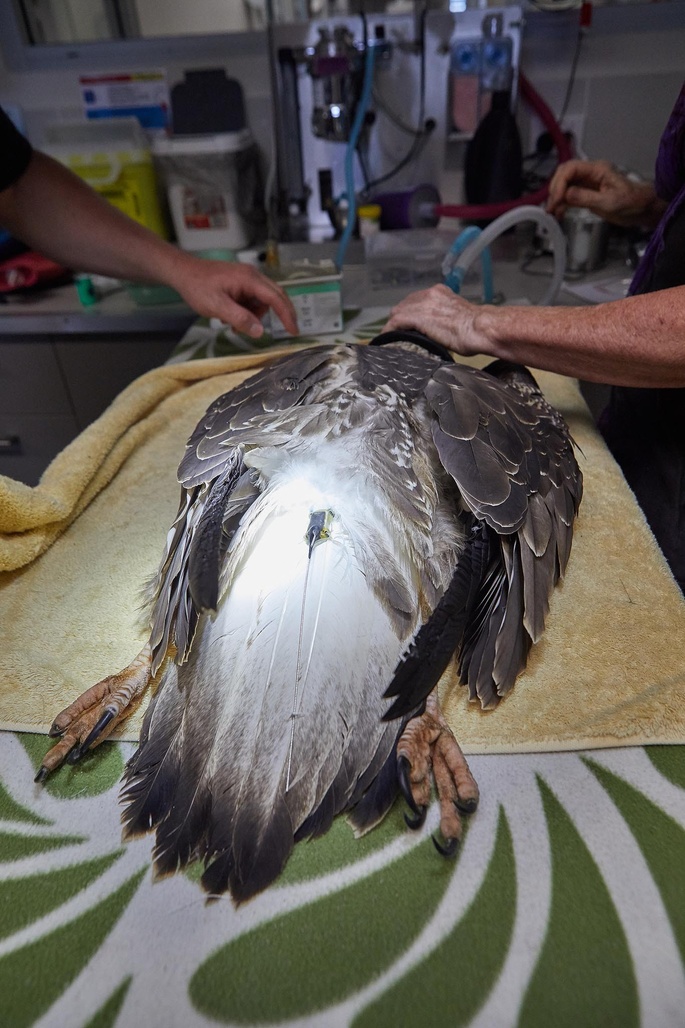 We are asking for funding to help us afford to keep ARCC Inc and our satellite tracking program running. As outlined, there are costs associated with running an organisation alone, not including the expensive but important tracking project. Your donations will allow our project to continue and potentially revolutionise raptor rehabilitation in Australia to ensure that these special birds are given the best chance at life.

A satellite tracking study of rehabilitated raptors in Australia has never been performed before, and data coming in is very exciting. We hope to update you on the results of tracking indivdual birds from their arrival to the Higher Ground Raptor Centre until cessation of their tracking. A huge thank you to Peggy McDonald at the HGRC, Mark Kelly and Melanie Barsony for use of their wonderful photos. 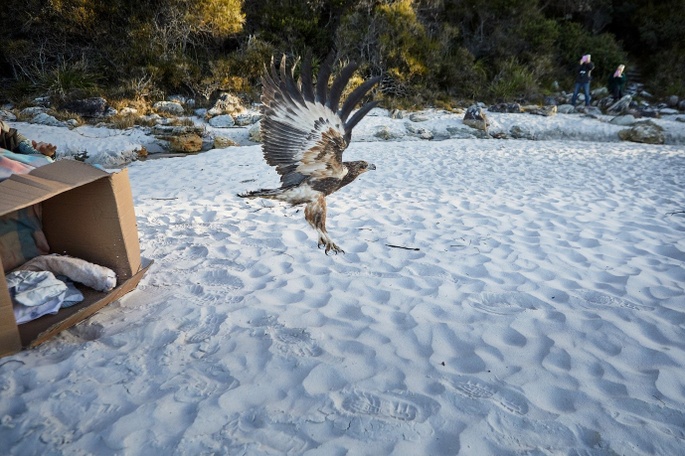 Australian Raptor Care and Conservation is working on improving the outcomes of released rehabilitated raptors - join us on this unique satellite tracking project!

Get in touch with ARCC Inc - Rehabilitating Rescued Eagles