Message from our founder

In the light of Boris Johnson’s repeated refusal to rule out proroguing (shutting down) Parliament to achieve Brexit on 31 October, I have reassembled the legal team that won the constitutional landmark Article 50 legal case before the Supreme Court, to once again defend our Parliament’s sovereignty.

It should be deeply worrying to every UK citizen that, at this critical moment in the political and economic life of our nation, Mr Johnson and his supporters appear willing to abandon parliamentary sovereignty, which is not only a key pillar of our constitution and democratic traditions.

To do so would effectively reduce us to a dictatorship.

It is ironic that Mr Johnson so proudly parades his credentials as a champion of parliamentary sovereignty, when, denying Parliament its sovereign right to hold the government to account would fly in the face of what Mr Johnson, and so many fellow Brexiteers, claim is vital to taking back control.

I have therefore instructed my legal team to serve notice to Mr Johnson on 11 July 2019, and to take whatever steps necessary if, as Prime Minister, he attempts to deny our elected representatives their legitimate right, prior to the 31 October deadline.

In this approaching hour of national crisis, I am delighted that my winning Article 50 legal team are assembled once again, led by Lord Pannick QC, Tom Hickman QC and supported by Mishcon de Reya.

We stand ready and willing to go to court to test the legality of any attempt to prorogue Parliament.

Our country, constitution, the British people and our mother of all parliaments demand nothing less.

Your help and generosity in this fight would be very humbly appreciated. 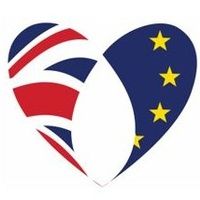 Please help support our winning legal team prevent any attempt by Boris Johnson to prorogue Parliament. Our country, constitution and mother of all parliaments demand nothing less.

Get in touch with Remain United