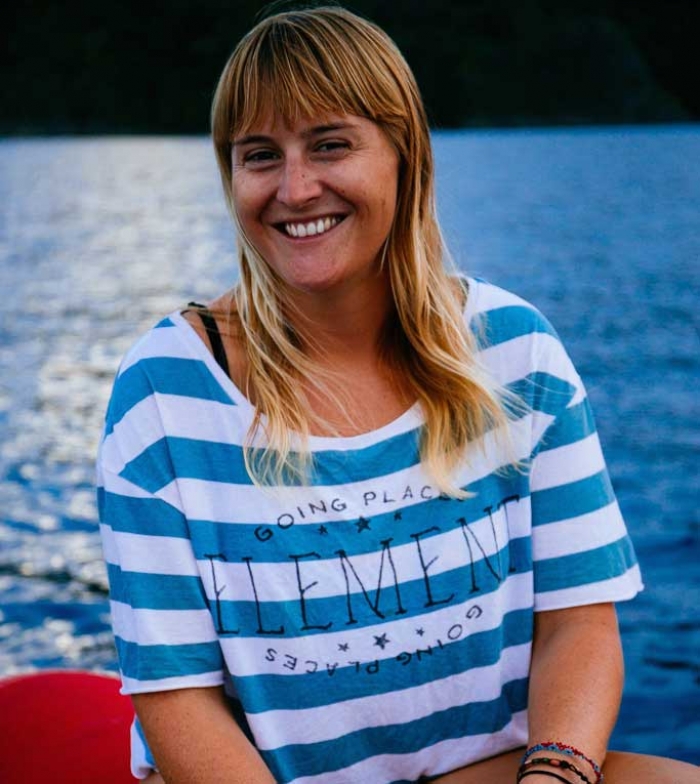 My name is Stephanie Venables, I am a PhD student at the University of Western Australia and a researcher with the Marine Megafauna Foundation.

For the past 4 years my research has focused on manta rays in Australia, Mozambique and Indonesia.

Manta rays are the largest rays in our oceans, with two recognized species Manta birostris, the giant manta, and Manta alfredi, the reef manta. Manta rays are a pelagic species, living their lives in the water column, not near the sea bed, like their sting-ray relatives. They inhabit marine environments all around the globe, although they are most commonly found in the tropics or along productive coastlines in temperate areas. These massive rays reach a wingspan of almost 8m but are gentle giants, feeding solely on zooplankton and posing no threat to humans. However, both species are vulnerable to extinction as a result of human impacts such as target and by-catch fisheries.

"The more that is known about a species, the better we can protect it! "

Despite being the largest rays in the ocean, there is still a lot that we don’t know about manta rays. My upcoming project will focus on two separate populations of reef manta rays – Southern Mozambique and Raja Ampat, Indonesia. 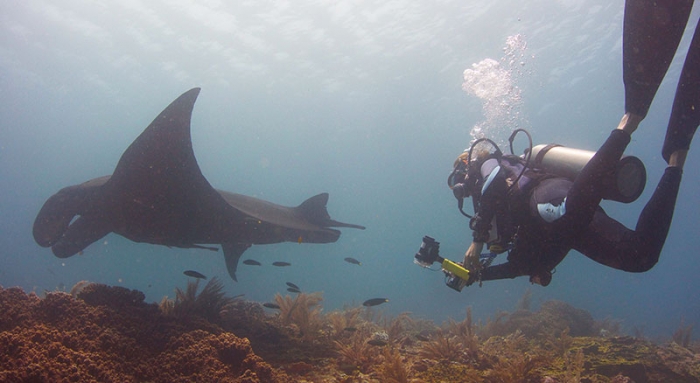 This project is part of a larger collaboration with researchers and students from two Indonesian universities – the University of Papua (UNIPA) and Bogor Agricultural University (IPB). We will use photo-identification methods and genetic analyses to estimate the size of these two populations and investigate population structure and spatial connectivity. The information gathered in this study will provide essential information to improve the management and protection of manta rays all over the world.

The funding goal of $10,000 will be used to cover the costs of travel to fieldwork locations, photo-ID and biopsy equipment and laboratory analysis of samples. Any additional funding will be allocated to ongoing manta ray conservation efforts in our primary field regions.

Manta rays are iconic marine megafauna species. Their large size, grace and inquisitive nature make them a major tourism draw card and interactions with them in the wild are highly sought after by divers and snorkelers across the globe.

Unfortunately both species have a high value in international trade and direct fisheries exist that target manta rays in unsustainable numbers. Where these rays are targeted, their meat is often sold as food, the livers for bait and oil and branchial filter plates or ‘gill rakers’ fetch high prices for bogus Chinese health tonics. Individuals are caught as by-catch in everything from large-scale fisheries to shark protection nets, are victims of boat strikes and entanglement in discarded fishing nets and lines. 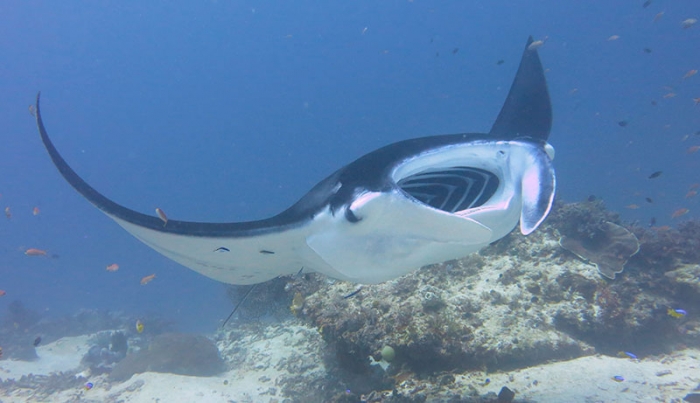 As a result of these threats, populations of manta rays appear to have been depleted in numerous aggregation areas such as the Gulf of California, Indonesia, the Philippines and southern Mozambique where an 88% decline in the past decade has already been recorded. Both species of manta ray are currently listed as 'Vulnerable to Extinction' on the IUCN red list of threatened species.

Manta rays are slow growing, long-lived species that have a low reproductive output – on average females only give birth to 1-2 pups every 2-5 years. Their conservative reproductive strategies means they are extremely vulnerable to exploitation, and populations are unlikely to recover naturally once numbers have been depleted. Unfortunately manta rays remain largely unprotected throughout their range, and comprehensive species management programs are lacking. 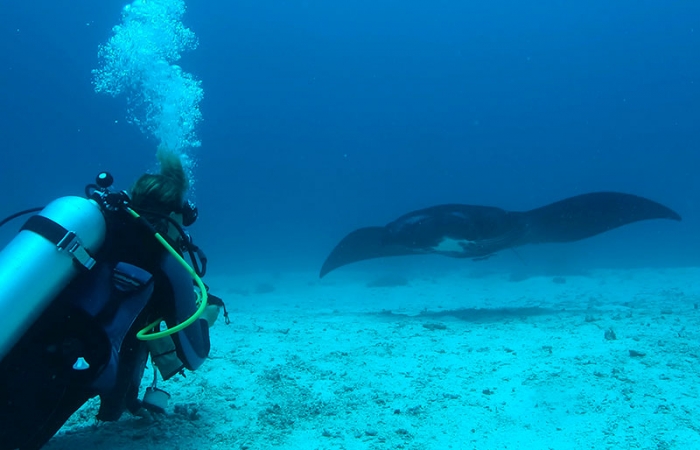 Why is this research important?

In order to properly manage and protect a species it is essential to have accurate information on population size and structure. For long-lived species like manta rays, this information may take years to compile through long term ecological and photo-ID studies.

This research will provide accurate information on the size, structure and connectivity of two separate manta ray populations. This information is necessary in order to understand how to effectively manage and protect this species on a regional level and to assess and monitor population health over time. 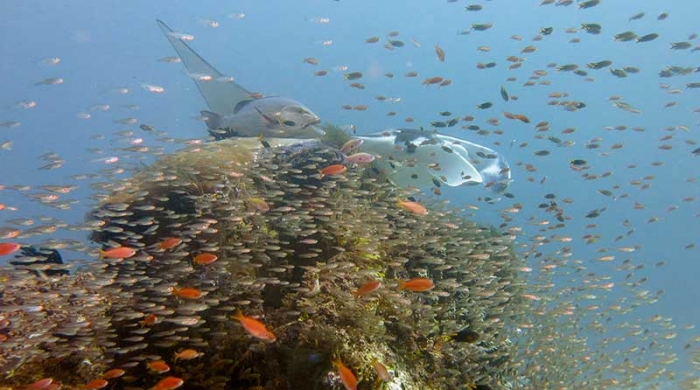 We will also explore the use of genetic techniques to not only complement long-term studies, but to provide a more rapid alternative for time-sensitive assessments necessary for declining populations of threatened species. With further refinement we aim to develop these techniques to be used as valuable conservation tools for manta ray population assessments in different parts of the world.

How will the research be conducted?

Having already collected tissue samples from the Mozambique manta population, fieldwork will predominantly take place in Raja Ampat, Indonesia where the research team will be based at Papua Explorers dive resort. This project is part of a larger collaboration with researchers and students from two Indonesian universities – the University of Papua (UNIPA) and Bogor Agricultural University (IPB). The research team will spend 5-6 months in the field over the next 2-3 years collecting photo-ID data and tissue samples for genetic analyses. 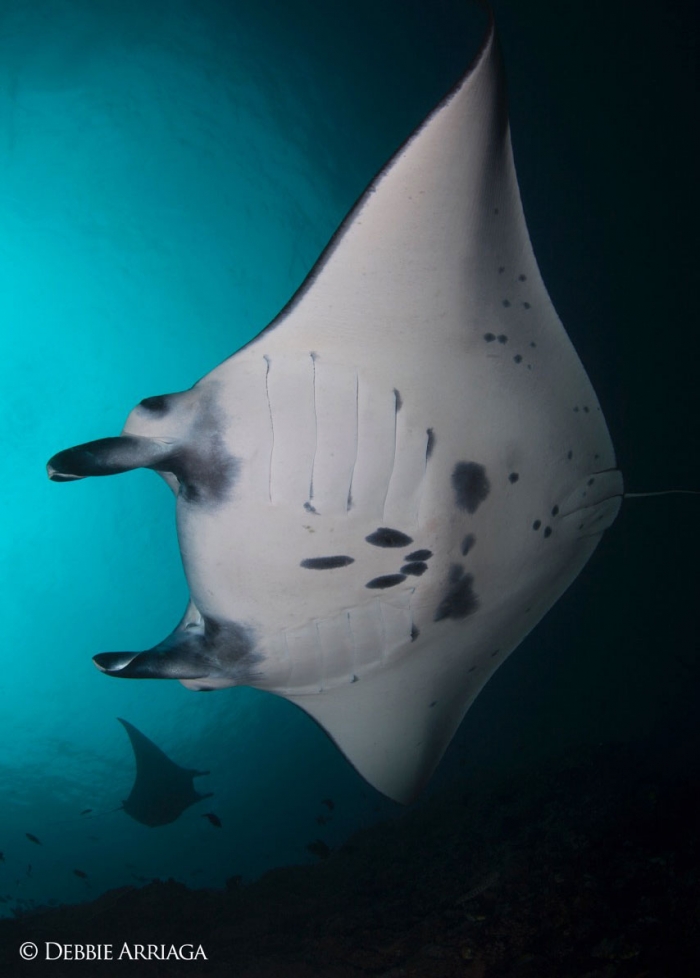 Manta rays have a unique spot pattern on their undersides that can be used to identify different individuals in a population. By taking photographic records of each individual we encounter, we can get an idea of how many mantas are in a certain area, how they use specific sites, how far they move and how often, and even look into aspects of their reproductive ecology. We can also build a profile for each individual manta ray and follow their movements and growth over time. During my time in the field we will continue to build a regional photo-ID catalogue for the Raja Ampat region, which can be used as baseline information for future studies.

A small tissue sample will also be taken from individuals using a custom-made biopsy tip. Once the samples have been collected, DNA will be extracted in the laboratory, which will then undergo analysis. The results of which will be used to estimate population size and investigate connectivity, structure and dynamics.

How will this PhD benefit manta rays?

I am a passionate marine conservationist and believe that by using scientific research to discover information about threatened species, we can better protect and conserve these species and their environments. 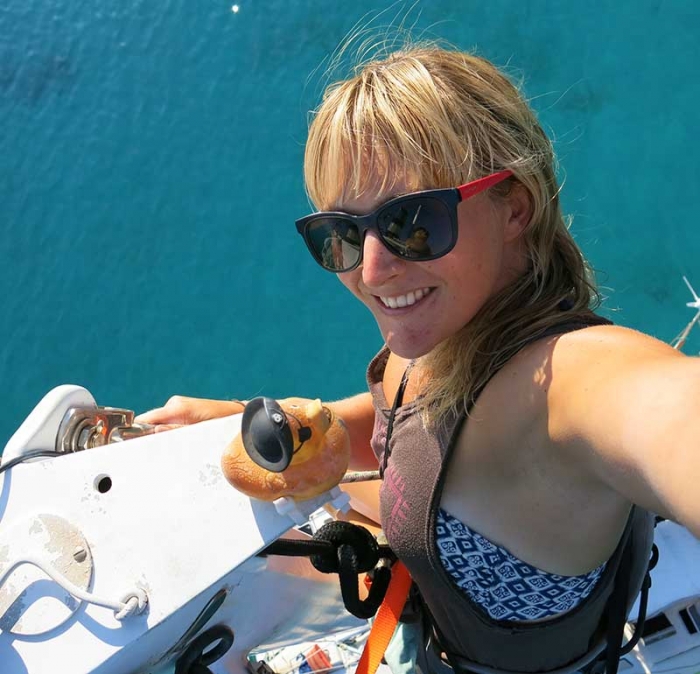 Since completing my honours research in 2013 investigating the impact of tourism on manta rays in Western Australia, I have been working with the Marine Megafauna Foundation (MMF) as a part of their Global Manta Ray Program since 2014. Originally I was based in Mozambique and more recently in Indonesia, where I co-manage MMF’s Raja Ampat Manta Ray Project. I have been involved in various aspects of marine research as well as local community education and outreach, which I believe to be an essential element of conservation initiatives.

Thank you for your interest in this project to save the Manta Ray, your support is greatly appreciated.

We need your help to support manta ray conservation research! This research will explore the use of genetic techniques to improve the management and protection of these threatened ocean giants.

$50 DNA extraction and Next Gen sequencing of one manta ray!

Receive a personalised digital thank you card from a manta ray.

$100 DNA extraction and Next Gen sequencing of two manta rays!

Receive a personalized digital thank you card from a manta ray and an acknowledgement for your funding contribution in my PhD thesis.

Adopt a manta ray from the Raja Ampat population. You get to name this manta, receive an adoption certificate with a photo of your manta ray and updates when your manta is re-sighted in the future.

$500 DNA extraction and Next Gen sequencing of ten manta rays!

Receive a printed A2 colour poster of a manta ray, an acknowledgement for your funding contribution in my PhD thesis.

As a thank you for supporting ongoing manta ray research and project costs choose any of the awards listed above. I will also be happy to deliver a presentation about manta rays to an organization/group of your choice (Perth, Western Australia based only).

Get in touch with Saving gentle giants: protecting manta rays through research