By The Armando Martins Campaign

Since 2012, a toxic attack by neighbours on 77 Year old Armando Martins' way of life has curtailed and limited his lifestyle. This puts his health at risk. These "neighbours" were empowered by his local council.

Planning laws exist to enable people to meet their needs to use their property and live happy lives in the community.

Armando and others who share his aspirations have found that despite planning law, they are being told that because of a complaint (or the chance of one) they must stop or limit their hobby, in Armando's case - Amateur Radio. 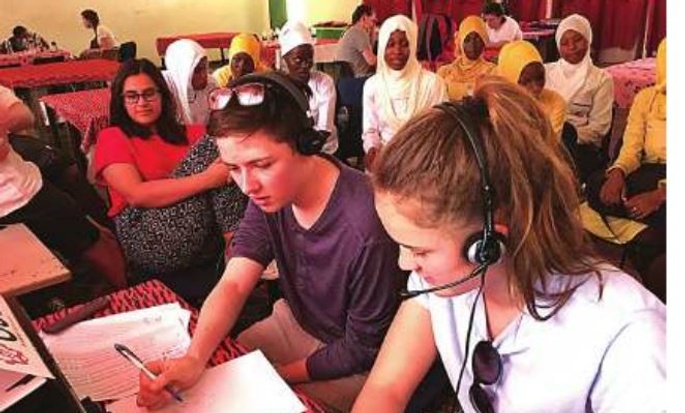 (If you aren't familiar with amateur radio, its something many people (55000 UK Citizens) choose as a lifelong activity. They expect it to provide them with a livelihood in later years, preventing loneliness and providing a sense of acheivement through self training. It supports a number of goals the goverment have for health and healthy lifestyles and community living).

Planning laws address the needs of UK citizens to flourish and enjoy good mental and physical health. In a few cases, however, following complaints, or pre-empting them, some councils in UK have acted to deter or remove the aerials people need for this hobby even though planning laws allow them.

Armando says his controlling neighbours got lucky. After a vendetta was trumped up by these toxic people with nothing better to do, his hobby was interfered with by the council on their behalf. A total ban on aerials in his garden was achieved without producing a shred of evidence to support some pretty wild claims about the "harm" they say he was causing.

Armando finds himself standing alone against a council housing department who supported a bunch of toxic neighbours, making unfounded complaints about his hobby simply to get rid of him. Elsewhere councils protect people from this mindset. Even though it has been shown numerous times on TV the council and other organisations that should have helped him, have simply sat on their hands, watching the planning system being abused to affect his statutory and human rights and mentally incapacitate him.

Since 2016 Armando has been supported by a campaign which has gathered forty three thousand signatures, along with data from other people, treated the same by local councils after similar unfounded complaints. This is enough to identify he is not alone, and that controlling behaviour, and the pleasure people get from being able to abuse his rights is a disturbingly real phenomena. He thinks this is the mindset of the car keyer and councils should not support that. So far; he has taken his experience up with the local government ombudsman, is fighting to get planning permission after his application(s) have been poisoned by the same mindset, and he has now started a legal case to highlight the way the council support his abusers.

Armando expects by taking this to court, he will prevent it from blighting other peoples lives, (not just radio hams). Having the council blocking his goals was a stressful experience he thinks nobody should have in their later years.

He just wants people who work for the councils to realise they have a duty to stop abuse by sticking to the laws that support his rights. If he is succesful he will have made a difference to everyone who just wants to get on with their lives but finds toxic neighbours, abusing bureacracy, blocking their goals and causing them stress.

While prepared to fight this alone, Armando needs a solicitor that understands and can convey to a judge his statutory rights and how they have been breached. This is very hard to do without money. He is up against government organisations with money to spare for this, (but not actually providing public services). No less than two government paid solicitors are currently employed on his case - despite the moratorium on government spending.

Can you please help to level the playing field? He is trying to raise money to buy legal services and selling off his equipment to acheive it. £8k should help him to recover the hidden cost of being relocated twice, from a property that met his needs, and the stress his experience caused and which he is still enduring, of being forced into a legal battle, planning appeal and complaint. He is challenging this on behalf of himself and others who don't need this kind of treatment in their lives.

If he is successful it will be the end of a nightmare that anyone can get in UK. A win supported by you will be an amazingly rewarding experience - making it simpler for people like Armando to live the fulfilling lives they planned for and one in the eye for toxic minds. You never know, it might be you one day.