It's not too late to donate to Bob and Ashleah's Freefall for the Future!

By Al Taylor For Kids Inc.

Bob and Fran's daughter and son in law...

In 2009, Allan and Kari Taylor were tragically lost in a car accident on the Sunshine Coast. Tributes flowed as thousands of people whose lives Allan and Kari had touched personally mourned their loss. In a service attended by thousands and addressed by the Prime Minister of Australia, the Sunshine Coast despondently said goodbye, to, whom TV and radio stations referred to as, two of their best.

** NEWSFLASH !! **
Allan and Kari's daughter is now jumping with Bob!

Ashleah Taylor will now be joining Bob in the Freefall for the Future!
Ashleah and her Dad had planned to do a jump together before the accident.
She said, "There's no better reason to do this than for Al Taylor For Kids, and no one better to do it with than my Granddad."

Who is Al Taylor for Kids?

Even after their immense personal loss, Bob and Fran's resolve to nurture our local young people is stronger than ever, and so the registered Australian charity Al Taylor For Kids was formed. Click here to find out more about ATFK.

What is the Potential Project?

We believe all our young people deserve to feel valued, safe and secure. We also believe growth in our values opens doors do our potential. Because of life's circumstances, some of our young people can miss the opportunity to develop constructive values in their lives which can lead to increased levels of stress, anxiety, and self-destructive behaviours.

Through our evidence-based programs, delivered over 8 weeks, our young people EXPERIENCE what it's like to grow in values and increasing potential. The Results are speaking for themselves! We would love to offer the Potential Project to every school on the Sunshine Coast.

Help Bob Freefall for the Future!

Bob is a guy who puts it all on the line. So on Saturday the 2nd of July 2016, weather-permitting, Bob will be taking off from Caloundra with Sunshine Coast Skydivers, jumping from 15,000 feet, freefalling for 65 seconds, and landing on the beach.

Bob wants to reach as many of our young people as he can, and he would love it if you could show him your support by sponsoring him for his jump to raise much needed funds for The Potential Project. All donations to nurture our young people are tax-deductible :) 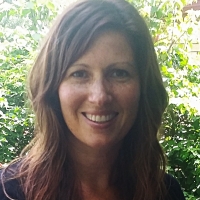 Here it is!! Watch Bob and Ashleah Freefall for the Future. Remember it's not too late to show your support by donating to the POTENTIAL PROJECT.

Get in touch with It's not too late to donate to Bob and Ashleah's Freefall for the Future!