The small but mighty Nuchatlaht Nation

has continuously inhabited the northern half of Nootka Island, on the northwest coast of Vancouver Island, since time before memory. For millennia, Nuchatlaht people have harvested wood and bark from ancient cedar rainforests, eaten sea-foods from their shorelines, and taken good care of the natural resources that sustained them.

But with the arrival of Europeans came an onslaught of fishing and logging that has depleted the fish stocks and ancient rainforests that once sustained Nuchatlaht people.

Today, the depletion of fish and fowl have made traditional foods farther away and harder to come by. And the continued lack of access to forests and fishing grounds have disconnected Nuchatlaht people from traditional activities, such as fishing and cedar bark stripping.

Despite all this, Nuchatlaht people are trying to restore abundance to their lands and waters

and reclaim their rightful role as stewards of their unceded territory. In order to do this, they are taking the B.C. government to court on a claim of aboriginal title.

Through detailed genealogical records and a legacy of thousands of culturally modified trees on the landscape, Nuchatlaht can prove its continuous existence on Nootka Island going back centuries. Their claim on the northern half of Nootka Island is irrefutable.

"Successive governments have failed to give Nuchatlaht serious iisaak (respect) for their Rights and Title... These governments need to hear from the court system to allow us to restore and protect our ancestral lands for the benefit of all future generations.”

Nuchatlaht is ready to make its case in court – but they need your help.

With your help, Nuchatlaht can bring their case before a judge and prove what’s been true for all these years – that they are the rightful owners of their territory on Nootka Island.

This would not only benefit Nuchatlaht people, but all those who value ancient rainforests, wild salmon, herring, orcas, and strong Indigenous leadership. Because if they win, Nuchatlaht will do what they have always done – safeguard their lands and waters for all people, now and in the future.

We are Friends of Nuchatlaht.

We are a group of allies, colleagues and friends who are supporting the Nuchatlaht Nation in their title case. We are running this crowdfunding campaign with the permission of the Tyee Ha'wilth (chief) of Nuchatlaht. Donations made here are entirely for the Nuchatlaht Nation's legal fees.

Become a Friend of Nuchatlaht.

If you want to protect wild salmon and ancient forests, as well as stand in solidarity with Indigenous peoples and support Indigenous rights, please give generously to support the Nuchatlaht Nation. And share this campaign far and wide with likeminded friends and allies.

Chip in now to help the Nuchatlaht Nation reclaim their rightful ownership and stewardship over their unceded territory. 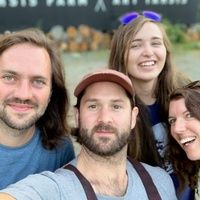 The small but mighty Nuchatlaht Nation is taking the B.C. government to court to reclaim their rightful territory on Nootka Island, home to some of the most incredible rainforests on earth.

Get in touch with Nuchatlaht Rainforest Defence Fund