Since then, the seeds of that longing have been spread throughout the world---so much that the categories of “East” and “West” have been thoroughly scrambled! On Turtle Island, the land also known as North America, revolutionaries inspired by Buddhism and Buddhists inspired by revolutionaries have planted these seeds through active work in both traditions. We have seen that fruitful combination manifest in recent work by activist organizations drawing on insights from the Buddhadharma, as well as powerful efforts to promote diverse and inclusive sanghas within many formal Buddhist institutions.

But too many communities are perpetuating harm

Despite these efforts, however, most Buddhist communities do not provide safe spaces for many people from marginalized backgrounds to practice. Many of these communities continue to actively perpetuate harm to those who come to them seeking refuge: for example, by avoiding mention of the most pressing issues of our day, thereby alienating people of color, the LGBTQ community, young people, and many others. Too often, unquestioned hierarchy is encouraged in these spaces, leaving many feeling unsafe or unable to trust themselves and their teachers. At worst, some communities have enabled abuse and exploitation.

We are starting something different

Recognizing these challenging patterns, two North American Lamas have set out to build something else. Lama Rod Owens, considered one of the leaders of the next generation of Dharma teachers, was officially recognized by the Kagyu school of Tibetan Buddhism after receiving his teaching authorization from his root teacher, the Venerable Lama Norlha Rinpoche when he completed the traditional three-year silent retreat at Kagyu Thubten Chöling Monastery. Lama Justin von Bujdoss is an American Buddhist teacher and chaplain, ordained as a repa in the Karma Kamstang tradition of Tibetan Buddhism by His Eminence Goshir Gyaltsab Rinpoche in 2011.

Since these two announced their intentions for building Bhumisparsha in early 2018, people around the world have expressed excitement, gratitude, and affirmation about the need for a kind of tantric Buddhist community like Bhumisparsha. Many practitioners seek sangha committed to touching the Earth, exploring what tantric Dharma practice means today, and honoring the centrality of ethics, social and environmental healing, and transformative justice on the path toward liberation.

Bhumisparsha started moving from intention into practice last year with our inaugural retreat in Thomasville, NC. It was clear in our retreat that we were uncovering new ground within ourselves; a new kind of sangha was being co-created. Our first weekend retreat will take place in Atlanta later this month, and we’re planning at least two more for next year alongside online sangha activities to help people connect from anywhere.

To support these activities, please donate to our year-end fundraiser. This money will support the organizers of these activities and events. The Lamas do not receive payment for their work with Bhumisparsha, but believe that the work of building sangha should not be limited to those who can afford to volunteer. Because we hope to significantly ramp up our activities in 2020, we will also need volunteer support---if you aren’t in a position to donate to the fundraiser, fill out this form and we’ll be in touch about how else you can help!

Thank you so much for being a part of this awakening spiritual community. 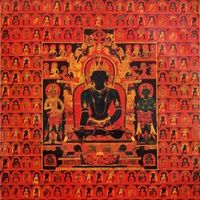 Are you longing for a Buddhist sangha that navigates power, race, and paradox with depth, wisdom, and joy? Then help Lamas Rod Owens and Justin von Bujdoss build one: We're calling it Bhumisparsha.

Get in touch with Launching the Bhumisparsha Sangha