Out on the streets, police officers are given the task to uphold the laws and keep the peace. No matter your impression of officers, these are human beings who need to be in sound mind, steady emotion and physical balance. We need them to be at their best. We have 1 month left of fundraising to reach our goal, and to ensure wellness and peace for all the peacekeepers.

And What's In It For You? 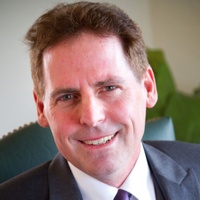 The life-saving "Keeping The Peace" premiered May 2019 to support wellness of officers. Next up: May 2020 - "One Force - Keeping The Peace For All" promoting best relations with all law enforcement

For those donating $100 or over, a social media public mention of appreciation for you and your business. Note on the film's website.

For those donating $500 or over, the above plus mention at future public events and forums.

Est. Delivery Date: At the time of premiere of the film.
0 claimed
Unlimited left

For those donating $1,000 or over, all the above, plus a DVD copy of the film that could be gifted to your own local police department.

Est. Delivery Date: At the time of the premiere of the film.
1 claimed
Unlimited left

Get in touch with Keeping The Peace (Educational Film)