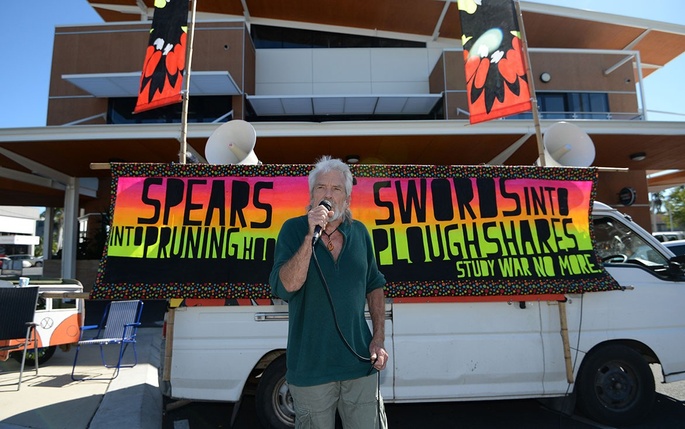 New! A generous friend will now match all donations by triple !

Graeme Dunstan is a long time activist for peace, justice and a sustaining Earth.

For the past 20 years he has been on the road in Peacebus, his campaign vehicle, spearheading campaigns and providing backup for others.

It's a tradie's van fitted out with a bunk under which are crates of banners and flags for dressing public places with colour and getting messages noticed. On the roof racks are horn sound speakers for getting heard and bundles of bamboo poles for mounting flags. On the side a campaign a mural is mounted.

You can read about the campaigns and adventures of Peacebus on Graeme's blog, Peacebus.com.

Creating cultural movement and giving substance to resistance is what Graeme has always done as an activist.

Being visible as an elder and setting a good example for new generations of activists is what Graeme and his Peacebus want to continue to do.

He also makes a good cup of tea for activists who need a sounding board.

Help him replace it. 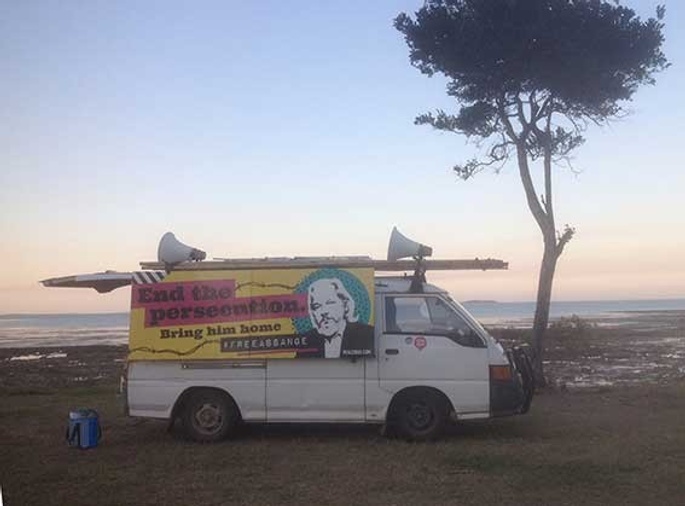 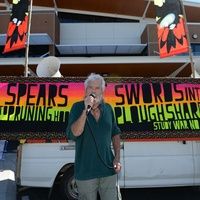 Peacebus, the activist vehicle of many a season and many a campaign for peace, justice and a sustaining Earth, is worn out and broken down. Help us raise funds to keep Peacebus rolling on.

Graeme has some practise skill in cardboard sculpting. For some years he has been making and burning effigies of public figures to burn and so express his displeasure. The effigies are busts on plinths made from corrugated cardboard and assembled with hot melt glue. They take him a bout 5 days to make All up about 1 metre high they will fit on a car seat and are easy to transport. But be warned they are ephemeral things, designed to burn briefly but spectacularly. 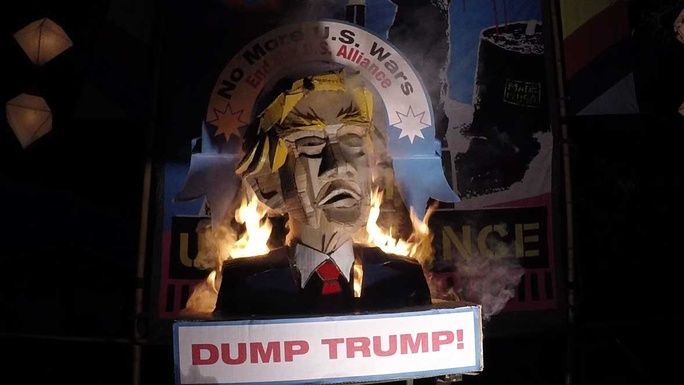 You give Graeme the text or slogan for your cause and he will offer a design. When approved, paint it up for you. 4 metres wide and 1 metre deep which is a good size for mounting up high or carrying by hand in a parade or some such. Permaset colours on white polycotton plus a pointed cotton border. Five days work in this. 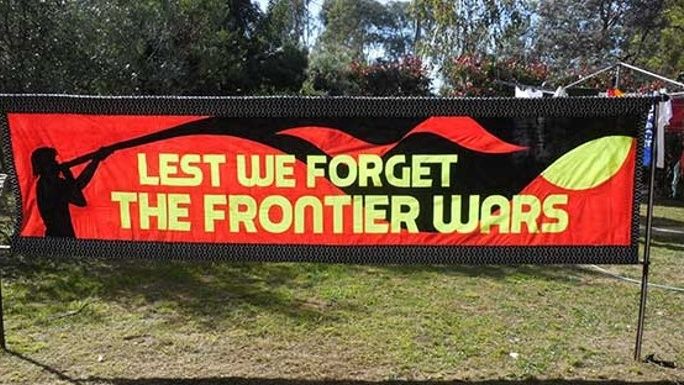 Candle lit lanterns make for a lovely, soft ambience for garden parties and the like. Graeme is a master lantern maker of some years experience. But it is not practical for him to offer to mail individual lanterns. Rather he is offering to teach small groups how to make a bunch of lanterns for lighting up events. The lanterns are octahedron in shape and the frames are made from bamboo skewers and hot melt glue. Other glues fix the candle holder and paper. The workshops need to take place over two days so as to allow glues to set. Working alone Graeme can complete about 24 lanterns over 2 days. The more hands, the more lanterns. Children 9 years and over okay. 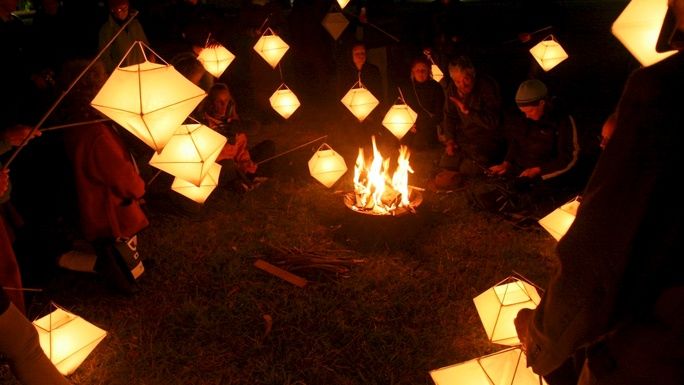 $10 Per week Postcards of Peacebus Art

Peacebus carries beautifully designed and painted murals which change with each campaign. Print copies of the murals mounted on card are offered as postcards 240 mm by 100 mm. You can see the catalogue of the past murals of Peacebus here: http://peacebus.com/Murals/190531PeacebusMuralCatalogue.html Order by emailing the Peacebus captain: [email protected] There are about murals to choose from. See catalogue at http://peacebus.com/Murals/190531PeacebusMuralCatalogue.html Email your order to [email protected] 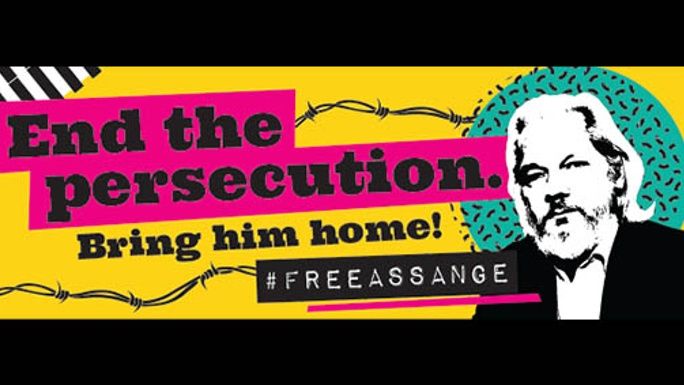 Gito von Schlippe is a Nimbin based painter and sculptor, who has built a house and raised a family by making and selling art. Among other things, he makes ceramic whale tail pendants and by way of supporting the Peacebus appeal, he is kindly offering the whale tails as perks. 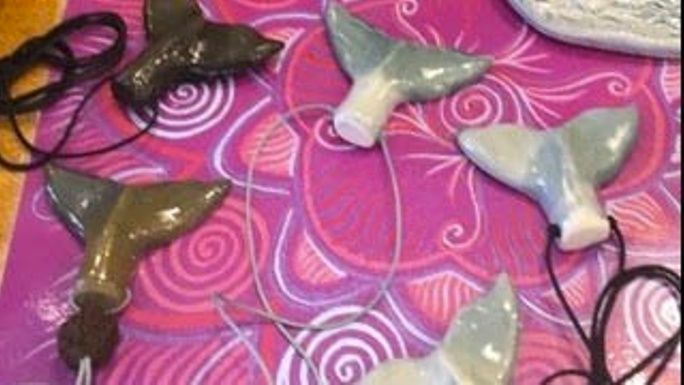 Get in touch with Keep Peacebus rolling on