To everyone who has supported and followed this project:

Myself and the team from UWA, Penang Medical College and The Pulau Banding Rainforest Research Centre, would love to thank you for all your support and encouragement throughout the development of this research project.

We have recently returned from our second fieldwork trip to the Royal Belum State Park in peninsula Malaysia where we have been monitoring bush meat species and indigenous hunting activity for the past six weeks using motion triggered cameras. 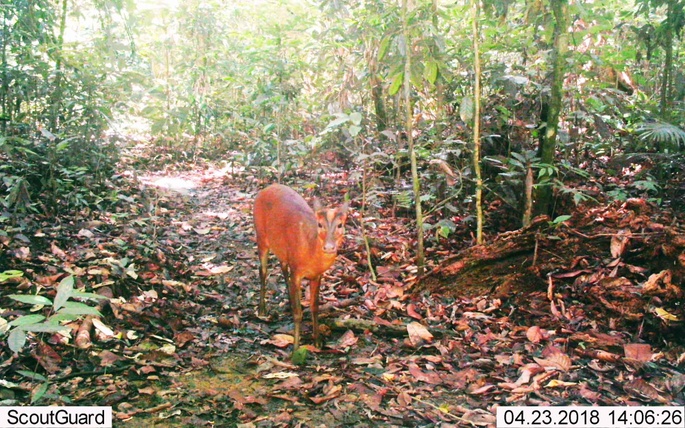 This was our final field trip for the year as we have now retrieved all our cameras and are busy going through the thousands of photos that we collected! Amongst numerous bush meat species such as barking deer and wild boar, we also captured some incredible images of the critically endangered Malayan tiger and the Sunda pangolin, both of which are heavily poached and are rapidly decreasing in numbers. 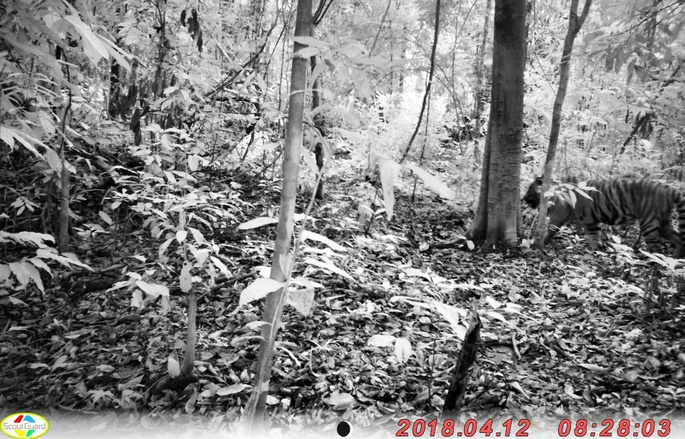 The local indigenous tribe, the Jahai, were very welcoming of our research and keenly collaborated with us in helping us to set up our cameras and retrieve them. The Jahai have told us of their concerns regarding the increasing difficulty of finding and hunting bush meat species which they depend upon to feed their families. Myself and the team hope that this project will aid as a pilot study for further research into the abundance and distribution of these bush meat species. Our project will also act as the pilot study for further research into malnutrition and protein deficiency amongst the Jahai. 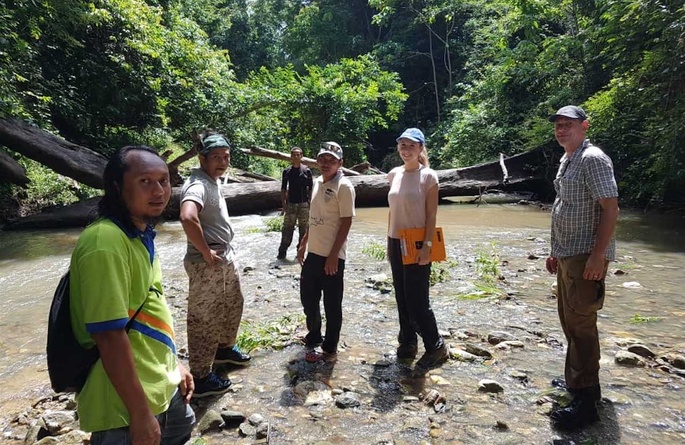 Your support enabled us to hire local guides and fieldwork teams to assist us with our research. Funding was also used to purchase important fieldwork gear such as batteries for our motion triggered cameras and the hire of a boat to take us to our fieldwork site each day. Without your support this project would not have been possible, so thankyou again! We cannot express our appreciation enough! We are currently analysing all our data and will be publishing the results of our study in the coming months.

Hello, my name is Lauren Pullella and I am asking you to partner with my team and I to help us save some of Malaysia’s critically endangered mammal species and better understand the relationship between these species and the high levels of malnutrition among Malaysia’s indigenous Jahai tribe.

You can do this by supporting our research, which is part of a long-term research project collaboration between the University of Western Australia and the Penang Medical College in Malaysia. 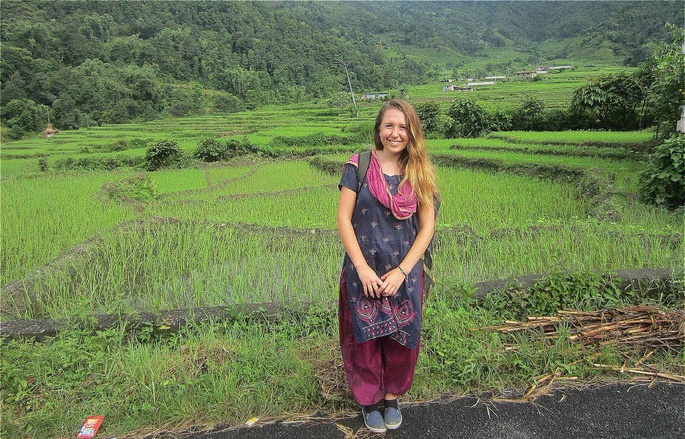 The Royal Belum National Park in the remote jungle of Peninsula Malaysia is home to the Jahai people, one of the many Indigenous tribes of the Orang Asli, which still practice a traditional hunter-gatherer lifestyle. The Jahai rely heavily on the collection of bush meat species from the surrounding jungle to feed their families. However, many of these important species are becoming increasingly endangered due to pressure from illegal poaching across the parks Thailand border, as well as habitat loss due to the construction of a dam and flooding of the valley bottoms. 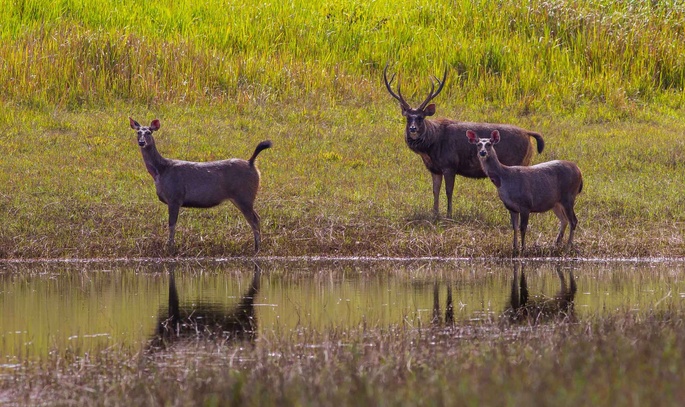 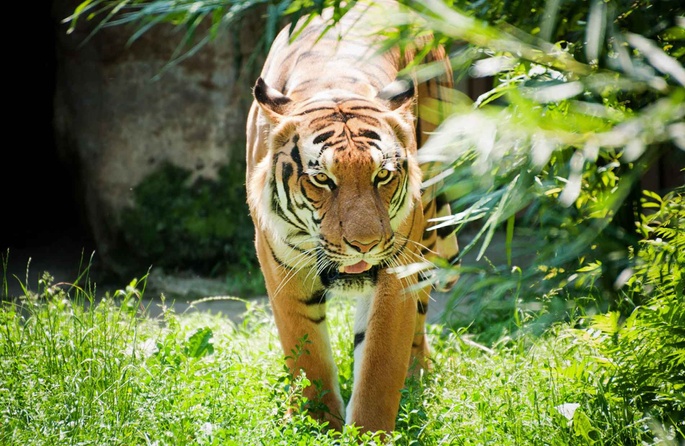 As bush meat species, such as the Sambar deer, continue to decline, the Jahai are forced to hunt smaller species, such as native squirrel. However even these smaller prey species are being caught in lower numbers and are becoming harder to find within the reserve. This is a huge concern not only for the conservation of these important species, but also for the health of the Jahai people. Many of Jahai, especially women and children, suffer from malnutrition and the rate of child deaths is very high among the villages.

If bush meat species continue to decline, this may lead to an increase in malnutrition. To better understand and fight this issue, our team will be heading to the reserve this year to survey the hunting locations of the Jahai and determine how the bush meat species are distributed throughout the reserve and how much is left. This research will help us to develop conservation strategies for these species and assess how sustainable the Jahai diet is.

How are we helping?

Over the course of this year, our team will be conducting multiple trips to Royal Belum National Park. During our time there, our team will be working with the local Jahai people and Professor Dato’ Dr Abdul Rashid Khan from the Penang Medical College in Malaysia. Dr Rashid has been working with the local Orang Asli people for many years to improve community health. Using local guides we will be deploying motion censored cameras throughout the jungle, which will be left in the field for several weeks. 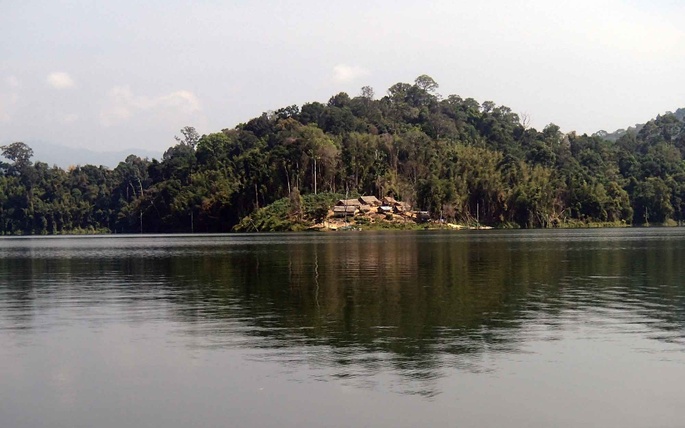 These cameras will detect and record the presence of bush meat species, without causing any stress or harm to the animals. The images collected from these cameras will then enable us to determine how many bush meat species are left and where the species are located. We will also be talking to the Jahai people to gather information on hunting regimes, targeted species, catch rates and local opinions on hunting regulations and sustainability.

How will we spend the funds raised?

This project funding has been kicked started with funds from the Arjen Ryder Memorial Scholarship, a collaborative initiative of the Ryder family DPIRD where Arjen was a highly recognised employee, and research student funding from The University of Western Australia, but the remote nature of the field site mean that more funding is required to conduct the research.

Our field research sites can only be reached by boat and extensive trekking through dense jungle. Therefore we need to employ a local boat driver and Indigenous guides to aid us with our research and travel within the reserve. We also need to cover the initial cost of return flights from Perth to Malaysia for our team, as well as accommodation costs within the reserve. As we will be leaving the cameras out in the field for an extended period of time, we also need to finance the cost of battery packs for each of the cameras.

This project is the first of a much larger project, which integrates conservation and human health outcomes. It aims to improve the conservation of critically endangered species in the park and preserve a long and rich Indigenous culture and the health of many Indigenous people. Your contribution will go a long way to helping us achieve this goal and obtain invaluable research for the future. In the event we exceed our funding target the excess funds will be channelled into the continuing research project either to support a Malaysian research student to collaborate with Lauren in 2018 or as seed funding for 2019 research. 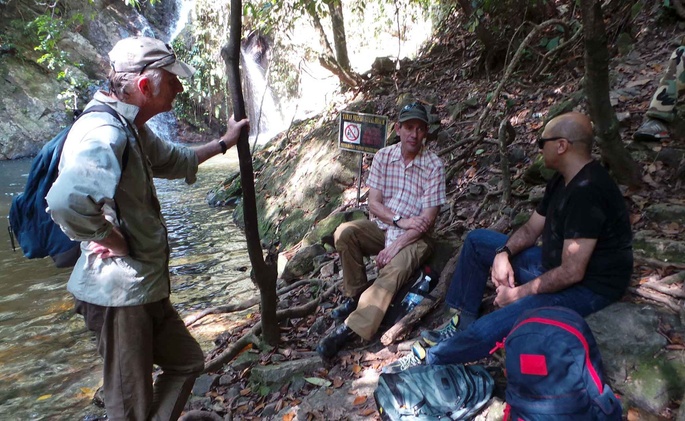 For the last three years I have been studying at the University of Western Australia at both the Albany and Perth campus, completing my undergraduate degree in Conservation Biology and Environmental Science. I have a passion for conservation at the local community level and I love working within different cultures, empowering local communities to develop sustainable conservation practices. I have volunteered throughout wide areas of Asia including Nepal, India and Indonesia as well as locally in the South West of Western Australia. I strongly believe in the importance of this research, as it aims to not only improve conservation in one of the world's most mega-diverse regions, but also to improve the quality of life for the Jahai people and preserve their traditional culture.

I am a medical doctor with a speciality in public health. My interest is in the health of marginalized groups in Malaysia including the 'Orang Asli' (Aboriginal people of peninsular Malaysia). I have been actively working on multiple One Health issues among the Jahai, one of the 'Orang Asli' sub ethnic group, in the Belum forest past 7 years.

I am an experienced ecologist who has worked on a variety of ecological studies in tropical northern Australia and South Africa. I have been involved in in several projects that have been collaboration between western science and indigenous ecological knowledge. This work was designed to integrate social and ecological studies using a variety of field-based activities and workshops to identify threats, processes, aspirations and management priorities.

Thank you for your interest in our research on the dependence of the Jahai on wildlife. Your contribution will assist us to work towards conserving wildlife and the traditional lifestyle of the Jahai.

The hunter gather Jahai people of Malaysia rely on bush meat for food, but the declining mammal populations mean that this hunting is a threat to endangered mammals and the Jahai. How can we help?

Your $20 donation will purchase batteries that will power two motion triggered cameras in the field for two months.

A $40 donation will run a small boat for accessing sampling sites along rivers for a day.

$100 Cover the cost of a local guide for one day and receive a UWA branded T-Shirt!

Your kind donation of $100 will cover the cost of a local guide for a day. In addition - be the height of fashion with a UWA branded T-shirt! If you let us know your size we can send you a UWA branded t-shirt.

$250 Help the UWA the research team from Penang to Belum National Park and receive a 4GB UWA branded USB Stick!

$250 will cover the cost of transporting the research team from Penang to Belum National Park. To thank you for your donation, get access to your data with a 4GB UWA branded USB Stick!

As a thank you for you kind donation of $500, we will send you a copy of Lauren's honours thesis when it is complete (expected delivery date early 2019)

If you are in Perth or Albany, a member of our team can come to your workplace or community group and deliver a talk about the work we are doing with the Orang asli.

Get in touch with The jungle supermarket: Indigenous people and endangered species