We’re making a video to highlight the new power of climate independents in the 2019 Australia federal election.

#AusVotes19 is the Climate Election

This Australian federal election is becoming the Climate Election. Never before has our way of life been so threatened by climate change. Never before has it been so important to put the petty political debates behind us and respond to the challenge.

Thankfully, Australians are ready, willing and able to act — climate change is a primary concern for more voters than ever.

Already the candidates are changing the discussion in community debates around the country.

Free of party ideology and free of the influence of vested interests, independents are a breath of fresh air. We strongly believe that independents offer a real opportunity to reengage a public that’s become jaded by the pathetic games played out over the last decade in our tired party system.

We want to do everything we can to make sure voters are well aware of this new force of climate independents, and to ensure voters know they can bring real climate action to the Australian parliament.

But there’s a problem…

Independent candidates are at a distinct disadvantage in Australia's party-based political system. Independents don’t have party machines behind them, ready to swing into action with pre-prepared focus-group tested and million-dollar campaigns.

Independents rely on genuine grassroots support and small donations from locals who understand the power of a representative that’s more interested in the electorate than backstabbing their way to the top of a political party hierarchy.

Unfortunately, without the big budget campaigns, many voters go to the polls unaware of the opportunity to vote in a true independent.

And this is what we’re doing about it

The No Fibs team are supporting Independent voices in our Parliament committed to strong action on climate change.

We are working on a video that will build the profile of the individual climate independents — and build the political capital of the movement: #IndependentsDay.

We’ve already got many climate independents engaged with the projects, including many of the big names you already know and some new faces we want to introduce the public to.

We’ve negotiated “mates rates” with a fantastic production team who will start trekking around the country starting Monday 22 April. To reach everyone and produce a top quality video we need to raise $18,500. We’ve managed to put some of the funding from our last crowdfunding project to get the project underway, but we need your help.

No Fibs needs help from Australian citizens wanting our climate change concerns to be well represented through new, independent voices in our federal parliament.

With your support, we will film as many pro-climate action independent candidates as we can to create an epic, short video that can be shared widely across social media.

We will use any surplus funds to promote the video on various social media platforms.

Can you help us?

No donation is too small and all contributions will help us with our goal. 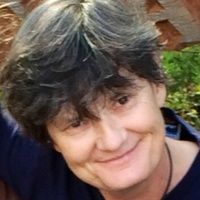 We’re making a video to highlight the new power of climate independents in the 2019 Australia federal election.

Anyone who donated over $50 will be eligible to receive an email from No Fibs that preview the video before it goes out online!

Get in touch with #IndependentsDay video