Restore the song of life in our Ocean!

The song of life

Life underwater is a world of sounds, rocked by the delicate movement of zooplankton and phytoplankton, sequenced by the clicks, moans and songs of whales and dolphins. Through this music, marine mammals communicate love and affection, they also depend on sounds for location of food, spotting and warning others about potential dangers, and for navigation. Whales are especially tuned to the nuances of the Ocean's melodies and rely on their acute hearing capabilities as much as we rely on our sight, smell and hearing. 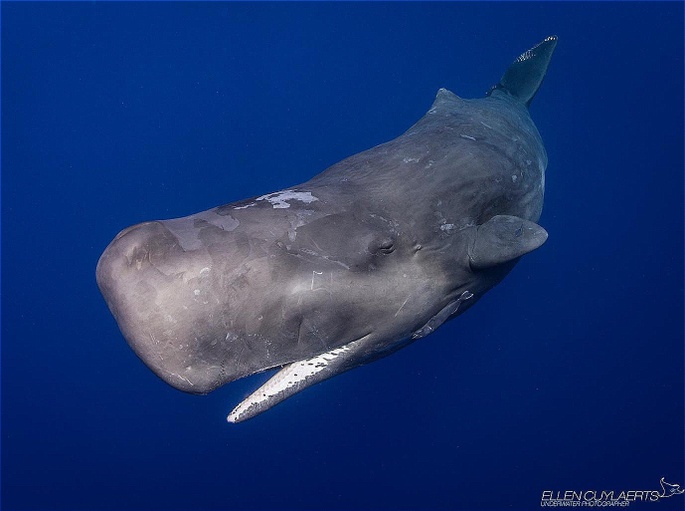 We are extremely concerned. This beautiful and life-giving song underwater is being ravaged massively by human activities at sea. Life is being destroyed one sound wave at the time.

From motorboats and ship traffic, drilling for oil and gas, military sonars and massive airgun explosions for seismic surveying, the whales – these creatures gifted with delicate, acute hearing capabilities – are struck every day by unbearable sound blasts.

Noise pollution is impairing them physically, destroying their social relations, and disrupting their family ties. The level of stress and disorientation of our marine mammals is reaching an alarming level. The situation is dramatic: not only their well-being, but their very existence is now in peril. It has been estimated that extreme noise pollution can kill hundreds of whales at a time - in the worst case it could lead to extinction right before our eyes.

This fundraising will allow us to launch an expedition against noise pollution.

The fact is that time is running out because the ocean provides us with half of the oxygen we breath.

Blue Ocean Watch (BOW) will be your eyes and ears on the Ocean. We specialize in documenting the condition of our Oceans, through filmmaking and scientific research, in order to raise awareness and promote local, believable preservation solutions for the oceans.

We are the only ones with our concept to make a change on a global scale and in partnership with UNESCO, we are confident that we can.

Relentlessly, one subject at the time, we work hand in hand with many other scientific organizations as well as ourselves, to reverse the tide of destruction of our ocean. We look for solutions, find innovation and brainstorm for alternatives to reduce the damage done by the world’s big corporations. 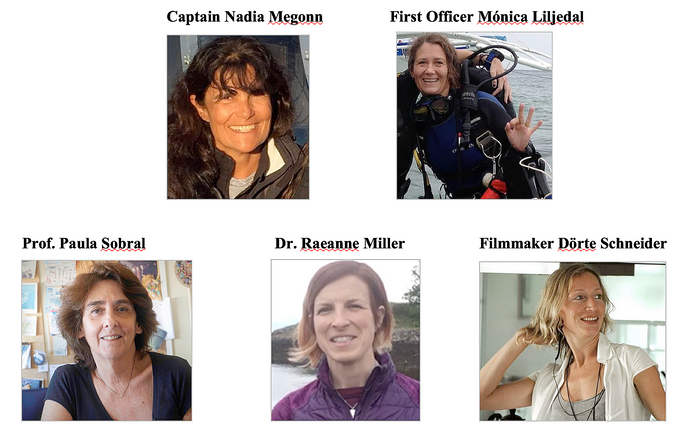 Captain Megonn and her all women superheroes crew needs your help to launch her battle against noise pollution. She is deploying an army of scientists, educators and documentalists to identify, share, and create solutions that will ultimately disarm the sources of noise pollution on the North Atlantic.

We are taking action now to:

1) precisely identify the local sources and effects of underwater man-made sounds that are impairing marine mammals and fish ability to function (acoustic masking) in order to grow an operative noise-disarming arsenal.

2) making key actors accountable, documenting and raising awareness about an issue that will be ignored as long as it will remain invisible.

By documenting underwater acoustic masking, we will increase pressure to change the established methods used in the shipping and oil/ gas industries.

Specifically, we will use pressure on key actors for:
- Creation of many more protected zones.
- Use of better designed ships screws that create less cavitation, therefore less noise.

- Finding ways to reduce ship’s power (ie. Promoting the use of kites – Sky-Sails)
- Reducing machinery noise onboard ships – better insulation.
- Reducing the use of seismic air-guns for surveying - change to new technology such as Vibroseis that uses a sweep of sound that is infinitely quieter, yet equally powerful for oil and gas exploration.

By helping our Superheroes, you are a hero, too.

You can make change happen.

We need your donations to send our Super Hero scientists to the North Atlantic with specialised equipment and divers to assess the effect of underwater acoustic masking, to document it and to change the established methods used in shipping and oil & gas industries. The sooner we act, the more whales we can save!

Captain Megonn’s expedition is taking place to the area around Madeira and down to the Savage Archipelago.

The boat is a 16m motor-sailor currently in Nazaré being re-fitted as a research vessel. It has berths for 11 aboard. The team will be made up of Captain Megonn, First officer, Scientist, 2 x students, filmmaker, divemaster, U/W cameraperson and an analyst making a total of nine women. 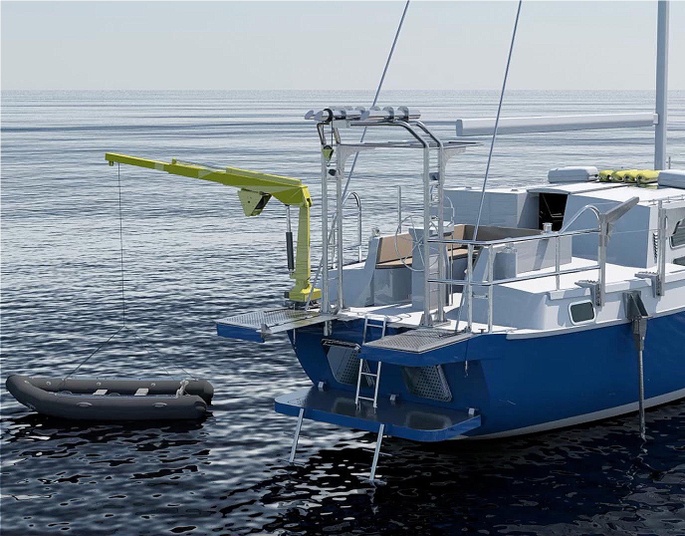 The launch of the expedition will be in Cascais with the first subject being a survey of noise pollution for whales between Cascais and Madeira.

Specifically, we will answer the following, critical questions:

1) Which species are present and at which time of year.

2) Also, where the whales are NOT present as well as where they are present.

3) Whether there are seasonal patterns to the animals’ distributions, or whether certain species prefer shallow or deep habitats, rocky or sandy bottomed areas, river-mouths or open water.

4) Behavioural patterns in various degrees and types of noise.

5) Any visible evidence or symptoms of stress or physical damage to ears.

This data can be used to help decide where to create marine protected areas and where environmental impact assessments for marine or coastal activities need to take whales into account.

The budget is divided into four separate weeks at 60,000 Euros per week. By joining our cause, you will make 2 weeks of research and documentation possible.

The scientists need several specialized hydrophones coupled to CTD measuring units (Conductivity, temperature and depth) to measure the levels of acoustic masking, in a variety of areas.
The intention is to determine the effect of acoustic masking on whales, document the evidence and find ways of reducing this.

This summer's research on whales costs 60 000 Euros per week, this will be used for:

- accommodation, flights, and compensation for our technical staff

- coordination of the project

Join by donating to our cause!

The perks that we can offer are sponsor’s names on our educational videos distributed worldwide and merchandise that includes post-cards, caps, t-shirts and hoodies. 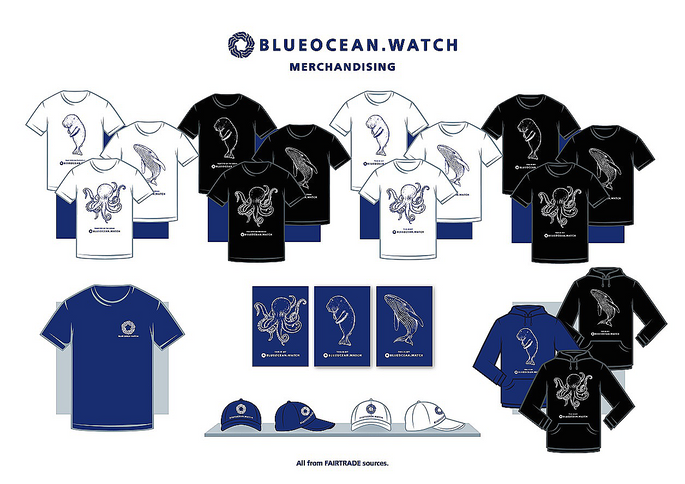 Whales see and feel through sounds - and our noise is literally killing them! Embark with Captain Megonn and her all women crew in their flagship expedition to fight noise pollution!

A beautiful set of four Blue Ocean Watch post-cards featuring our whale, our octopus and dugong.

For a donation of minimum 100 CHF (or equivalent in other currencies), we would like to send you our blue BOW baseball cap! Let the word see how our community is growing! 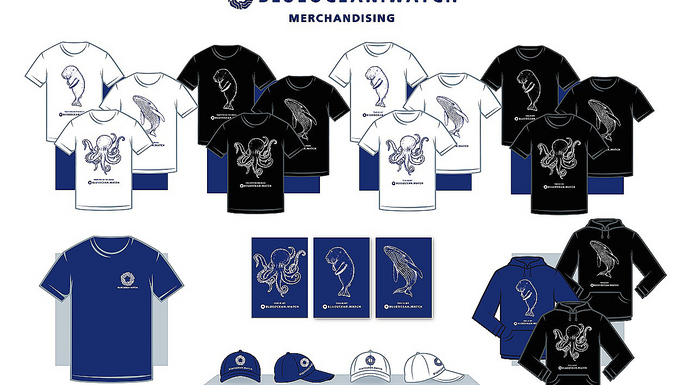 For a donation of minimum 150 CHF (or equivalent in other currencies), we would like to send you our white BOW teeshirt! Let the word see how our community of super heroes is growing!

For a donation of minimum 150 CHF (or equivalent in other currencies), we would like to send you our black BOW t-shirt! Let the word see how our community of super heroes is growing!

For donations over 200 CHF (or equivalent in other currencies), we would like to thank you by offering you our BOW blue hoodie!

For donations over 200 CHF (or equivalent in other currencies), we would like to thank you by offering you our BOW black hoodie!

Select
fr2,500 being mentioned as major donor in our movie!

Donors with donations over 2500 CHF (also group donations!) will be mentioned in our movie, as major donors for this expedition and movie!

Get in touch with Restore the song of life in our Ocean!