He spent his first eight years on a property with over 150 illegally kept farm animals were he was used to breed piglets which were then sold as meat.

Some of Solo's babies onsite before they were moved.

Solo's enclosure was approximately a 4 meter square patch of dirt. The fencing was made from bits and piece of wood and wooden pallets. The broken down shelter was also made from wooden pallets with a bit of iron over the top. On the ground was dirt, planks of wood, old containers, rotting vegetables, fruit and pig feces. The smell was unbearable.

There was no fresh water, just a small, stagnant, mostly dried up mud puddle that Solo had to both wallow in and drink from.

In November Cranky's FARM liberated Solo from this life and he started a new life with a new family who wanted to love and care for him.

Unfortunately, Solo's new family were not prepared for his size and inquisitive nature and again he was in need of a new home.

Solo is currently safe in a temporary home with people who love him and care for him very much. He has lots of yummy food, affection and even his own pool.

Sadly though, Solo cannot stay at his current home forever as his enclosure is insufficient for his size and temperment.

We are loathe to risk moving Solo again to a place he might not be able to permanently call home.

We cannot risk moving Solo again to a place where he cannot stay permanently, so, we have decided to take the plunge and offer Solo a place at Cranky's FARM permanently!

Solo is an affectionate, super smart, very strong young man who needs us to give him a new, safe, permanent home. In order for this to happen though, we NEED YOUR HELP.

There are 3 things that need to happen before Solo can finally be settled permanently: 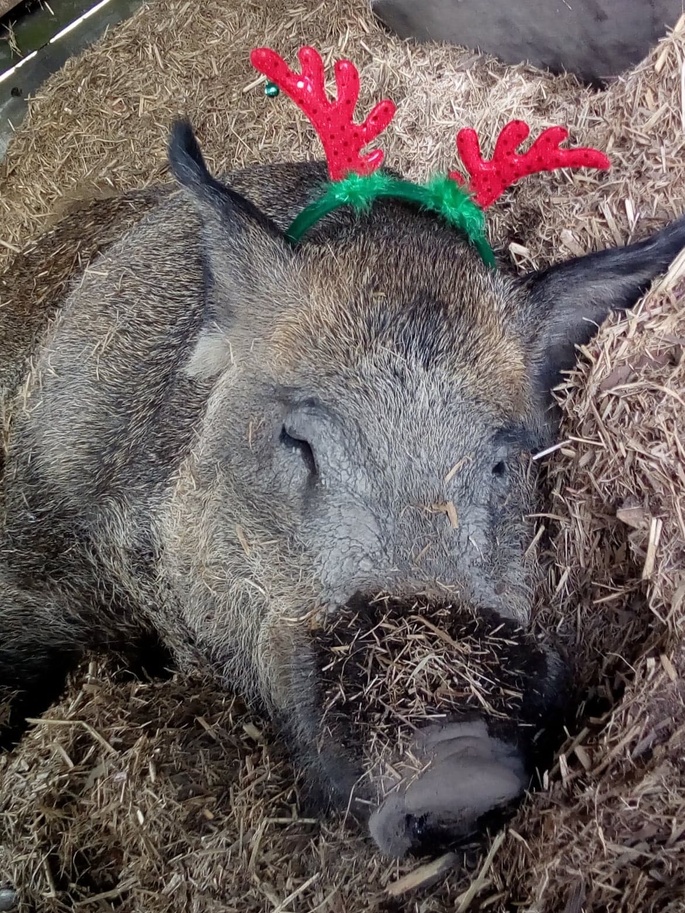 IF YOU CAN HELP US BY DONATING A FEW DOLLARS TO THIS CAMPAIGN OR PERHAPS BY SPONSORSING SOLO THAT WOULD BE GREAT, IF NOT, THEN PLEASE SHARE SHARE SHARE!!! :) 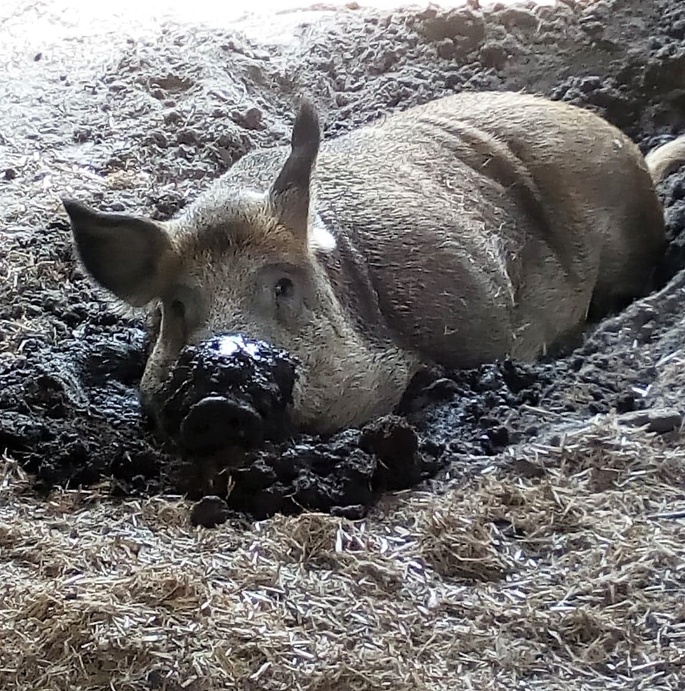 Solo the pig was recently rescued from cramped and filthy conditions. Cranky's FARM has committed to providing him with a new forever home and we need your help to make that possible!

Get in touch with Help Us Home Solo!