Help keep the Safe Bus on the road

You can keep the Meri Seif Bus on the road

In Port Moresby, Papua New Guinea, 90% of women report that they have been physically or sexually assaulted, threatened or robbed on public buses while travelling around the city. UN Women’s Meri Seif Buses (women and child only buses) were introduced in response to this terrible violence. This startlingly high rate of violence was keeping women home from work, and children home from school…too afraid to board a public bus. Women just like Lani*.

Lani is a young mother who relied on the public bus to get to work at the market. Just like many of the women living in the area, she was always worried when catching the bus. The bus was not safe. The bus was oftentimes the site of harassment and abuse. Lani considered using taxis but not only were they expensive, they were also unsafe. She heard stories of taxi drivers abducting and sexually assaulting women. At least on the bus she wasn’t alone.

Like many women, Lani would often experience verbal harassment while waiting at the bus top or when on the bus. Then one evening, when returning home from work, Lani was sexually assaulted on the bus.

Lani did not report the incident out of fear. Women often don’t report being assaulted out of fear, believing the police are not effective or that they will be under more threat for speaking out, than if they stayed silent.

After the assault, Lani was too afraid to take the bus again . And she was not alone. Many women and children would miss work and school because they could not risk taking public transport.

But things changed for women like Lani when UN Women's Meri Seif Bus program was launched in Port Moresby in 2015.

In its first year, UN Women’s Meri Seif buses carried 73,513 women and children, giving them the safety they deserve when travelling to work and school.

Unfortunately, the second-hand buses used in the program are now on their last legs, with one completely out-of-service and unable to be repaired. The second bus is on the road now, but is near the end of its useful life.

We are calling out to people just like you, who care about ending violence and delivering women safely to work and children safely to school. A new bus will mean that this vital program will keep running and that women and girls in Papua New Guinea are able to travel without the fear of violence.

While the Meri Seif Buses program does not stand alone – it stands alongside long-term work to change attitudes and behaviours that drive violence against women – it is an integral, immediate solution to getting women delivered safely to work and children to school, helping to end the cycle of poverty and inequality.

Everyone should have the right to feel safe. Thank you for helping women like Lani travel in safety.

Please be aware that Chuffed charges its transaction fees to you, the donor, so that UN Women National Committee for UN Women receives the amount that you have specified in the most transparent way.

In 2014, UN Women National Committee Australia raised funds from people like you to get the Safe Bus program up and running. If you donated to the first campaign, we thank you! The Safe Bus program has been safely transporting women and children for over a year, serving over 73,513 passengers to date.

The buses were kindly donated second-hand, and the funds we raised supported other essential aspects of the program such as hiring/ training bus drivers and security guards, bus stops, fuel, working to map the most inclusive route and bus maintenance.

3. What is different about the Safe Bus?

The Safe Bus is a women and children only bus operating in Port Moresby. The program was designed as a response to the unacceptably high rates of physical and sexual violence experienced by women while using public transport in Port Moresby.

4. Why do you need a new bus already?

To launch the program, buses were kindly donated second-hand from Australia. These were integral in getting the program off the ground. Unfortunately, they had already been well-used on arrival, and haven’t lasted as long as was originally projected. They have also been more difficult to maintain given they were not sourced in PNG. One is still on the road (for now) but one is completely out of service and unable to be repaired. The new bus will be purchased in PNG and able to be maintained locally, giving it a longer life on the road.

5. How does a bus help end violence against women and girls?

The Safe Bus provides an immediate solution to keep women and girls at work and in school. The program does not stand alone – it stands alongside UN Women’s long-term work to change attitudes and behaviours and tackle gender inequality which combined drive violence against women. The Safe Bus is an integral, immediate solution to getting women delivered safely to work and children to school.

6. I’ve contributed to the campaign - what else can I do?

You’re awesome. Thank you for your support! Some other ways that you can help include:

- Share the campaign through your networks on social media

- Ask your employer to match your donation

7. I’ve seen that UN Women just launched a new bus - how is that possible?

We are in a fortunate position to have a family of Empowerment Champions who donate monthly to help UN Women respond in times of crisis and to scale up UN Women's most successful programs. So our Executive Director recently made the decision to send urgent funds for one bus to be purchased right away - which will address the immediate need of women and children living in Port Moresby, given the unreliability of the current services.

Replacing one of the buses is one part of the solution. But after our Executive Director visited Port Moresby and spoke with women this week, we know that we need more than one new bus to respond to the need, and ensure reliable and safe transport. 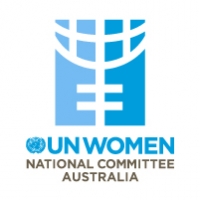 Join us in creating a safer future for women and girls in PNG. Help keep the Meri Safe bus on the road.

You'll get a virtual high five - a shout out from us on our UN Women National Committee Australia Facebook page. We appreciate your support and will tag you if we can!

You'll recieve a thank you video and a fact sheet demonstrating the impact of the Meri Seif bus.

You'll receive a thank you video, a fact sheet about the impact of the Meri Seif bus and a UN Women NC Australia fridge magnet

Est. Delivery Date: You will receive your merchandise by the end of January 2017
23 claimed
2 left

You’ll be invited to an exclusive Q&A skype session about the program. Hear the experiences of women and girls using transport in Papua New Guinea and see the impact of your support.

You’re amazing, you single-handedly changed the futures of women and girls in PNG and have purchased a new bus. In addition to our eternal gratitude, we’d love to talk to you further about how we can acknowledge your generous support. We'll contact you to discuss options!