By Head Over Hooves Inc

During this uncertain and strange time, we had planned to use our unexpected spare time to work on projects around the farm before – hopefully – resuming normal operations when the crisis has passed. However, as is often the case, life threw us a curve ball, and because of that, we’re asking for your help.

Little Frances was one of the first animals rescued by Head Over Hooves, she was dumped by her previous family. When they moved house they decided to leave her behind. Their reason was simple: “The kids have grown, she’s too small for them to ride anymore.”

Little Frances is the tiniest miniature pony, she loves everyone she meets. She is strong willed and playful but due to her breeding she is also very fragile and requires a lot of TLC to keep her healthy.

You will see in this video that Frances is much loved by animals and humans alike.

Six days ago our dear Little Frances developed choke for the fourth time in 18 months. Choke is a partial or complete obstruction in the oesophagus. Horses affected by choke can breathe, but they cannot swallow. They begin to foam at the mouth and nose and become increasingly distressed. They can also develop aspiration pneumonia.

What we've been doing for Frances

We called our local equine vet immediately and they rushed out, sedated Frances and passed a nasogastric tube to try to move the obstruction. But two hours later her symptoms returned. We were advised to monitor her overnight in the hope she would move the obstruction on her own. Frances tried all night to pass the obstruction to no avail.

By the morning she was exhausted and still suffering choke, our vet returned and sedated her again and tried to move the obstruction, after an hour of treatment we were advised she needed to be referred to a specialist for emergency care. 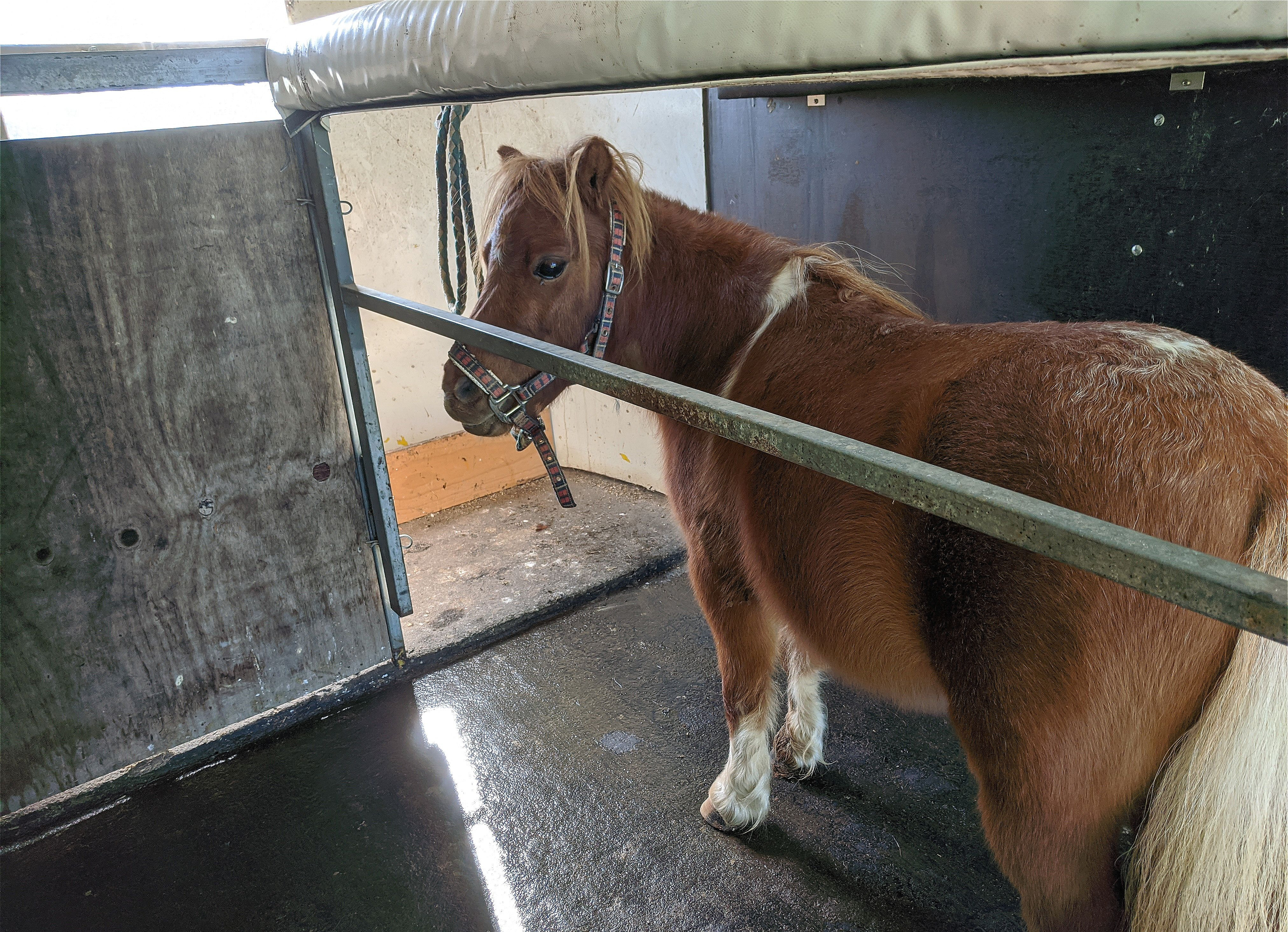 We rushed Frances across the QLD border to the specialists, fearful that we may be turned back given the recent border closure. Thankfully, with a permit displayed on the windscreen, we were waved through.

On admission Frances was sedated once again and an endoscopy was performed which located a large ball of food at the base of her oesophagus, this was removed by a small hook passed via the endoscope. 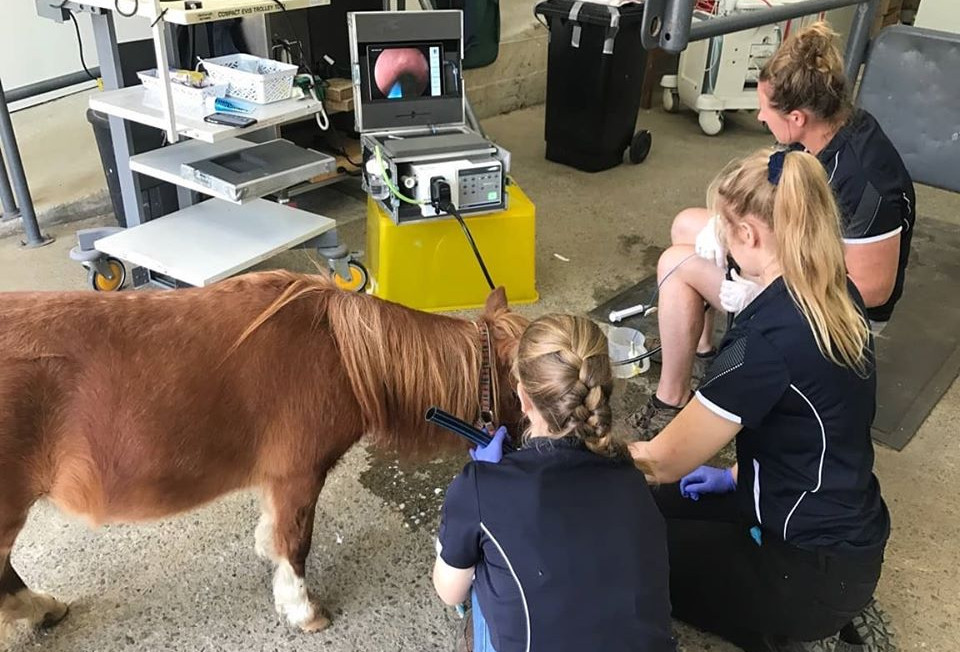 After suffering from choke for 24 hours little Frances was weak, dehydrated, her oesophagus was inflamed, and she was exhausted. She was placed on IV Fluids, antibiotics and anti-inflammatories.

She remained on IV Fluids over the weekend until she started to eat of her own accord. Monday morning she underwent a barium study which showed no signs of growths, strictures or foreign bodies in her oesophagus. Her blood test showed low white blood cell (WBC) count and low neutrophils which pointed to her developing aspiration pneumonia. A chest ultrasound was performed and pneumonia was confirmed.

Frances will remain in hospital until her pneumonia is treated. She is receiving daily blood tests to monitor her WBC and neutrophils and having her vitals checked throughout the day.

Can you help us bring her home?

We didn’t anticipate she would be in hospital for such a long period and require so many expensive procedures.

We have covered her bill so far but are asking for your help to cover the remaining costs which are likely to be $3,250.

We understand this is a very hard time for many people, but no amount is too small. We know how much you care for Frances. Every cent will help us save Frances and bring her home, where we will continue her care.

We - and the animals - deeply appreciate your support. 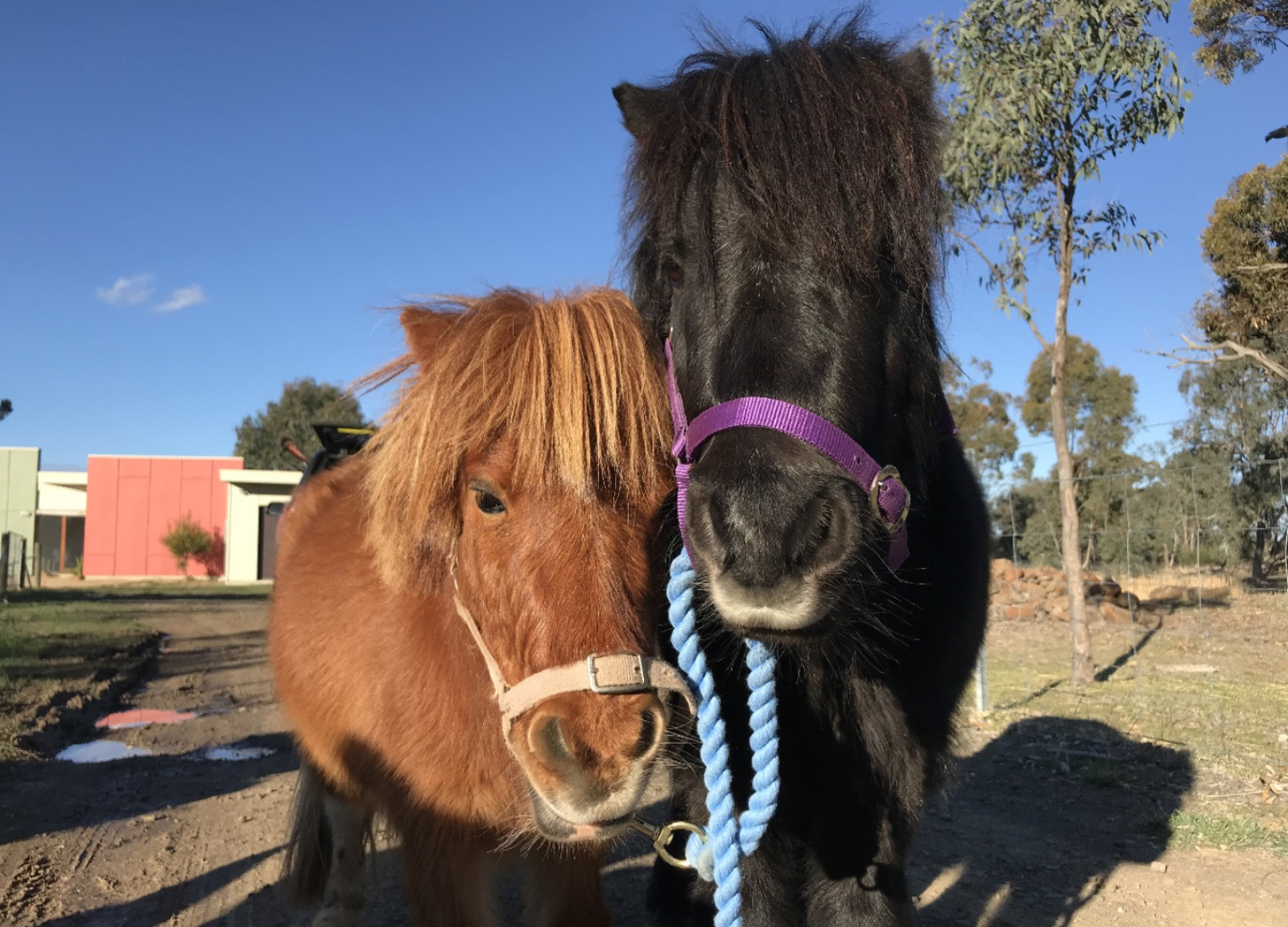 Frances at home with her beloved Forest who is missing her terribly.

Please email us with details of your donation so we can send you a tax deductible receipt and our appreciation.

You can find out more information about Head Over Hooves at

Can you help bring Little Frances home? Little pony Frances is in hospital receiving around the clock care from equine specialists. She is fighting so hard but she needs your help too.

Get in touch with Help bring Frances home