What if you could make the world a safer place and help end sexual violence?

We all know someone who has been raped or sexually abused…it might be you, it might be your family or even someone close to you. And most often, they haven’t told you so you can’t help them. Shame, fear of judgement and taboo are just some of the reasons why most survivors remain in silence.
1 in 4 women, 1 in 6 men and 230 million children each year are sexually assaulted. That’s 631,000 children a day!
What if we could create a safe space for the people we care about, our children and even ourselves, to be heard and believed?

We can! By helping Footsteps To Inspire reach more countries, you help create safer spaces.

On 18 July 2016, I set-off from South Africa with the goal to run 16 kilometres of beach, rivers and lakes in every country and dependency of the world (that’s 230 countries) with the vision to peacefully end sexual violence. The project is called Footsteps To Inspire.
I rarely run alone and have noticed a common trend: people want to talk about sexual violence, they just don’t know how to. Through Footsteps To Inspire, it feels like I'm creating that safe space for conversation and understanding.

Why am I doing this?

In 1999, I was brutally raped and left for dead on the streets of Paris. My attacker was caught 10 years later through DNA. What followed was a long, costly struggle through the French justice system that only ended in October 2015. The ordeal lasted 16 years.
I chose to open up about my story in 2014 and was surprised by how many survivors reached out to me from all over the world - women, men and children. Each one with a different story of sexual violence and most breaking their silence for the very first time. Many were burdened with guilt, shame, fear and unhealed trauma. I realized that there was no stereotype when it came to sexual violence and so many people around the world, even in countries with ‘adequate services’ were still suffering in silence. And so began Footsteps to Inspire.
Watch my TEDx talk to learn more about my experience in Paris.

I have already travelled alone to 45 countries and run on 46 beaches.

I know it may sound strange but there is nothing else I’m meant to do in the world right now. In 2016, I sold everything I had to raise enough money to get me to the first 20 countries. Through careful planning and some in-kind support, I reached a further 25 countries. There are still 185 more countries to go. I can’t do it alone and need your help to keep going.

Nothing about this journey is easy, but what expedition isn’t?

In every country, I hear stories of horror and sometimes stories of hope. I link with local communities, organisations, government services and survivors to talk peacefully and understand what the challenges are for them in their country. Many join me as I run 16 kilometres, barefoot, along a stretch of beach, lake or river and I will keep doing this until I have run in every country and dependency of the world.

Is Footsteps To Inspire leaving an impact?

Yes, absolutely. When I started out, I had a vision...through beach running I could bring people from all walks of life together, to feel safe and to talk freely about sexual violence. This is exactly what is happening, and even more than that. In so many countries of the world it is really hard for people to have a voice and speak out publicly. Through the Footsteps To Inspire movement, people can come together without the fear of being punished because in the end we are running, we are peacefully connecting and we are using movement to create a movement.
In Papua New Guinea, 200 people joined me for the run eager to be part of this collective voice and many asking if it could become an annual event. In Tanzania, villagers traveled over 150km to be at the run, passionate about the cause and committed to making it happen every year. In Nicaragua, the Hilton Hotel paid for a bus so that their staff could join me for the run 200km away.
I had no idea I'd leave such an impact when I started out. It's these little moments when I get to change a life that keeps me going.
Footsteps To Inspire has become a global peace organisation that will live on even after I’ve run in all 230 countries.

Become part of Footsteps To Inspire and help make the world a safer place.

Donate now to Footsteps To Inspire!

Thank you from the bottom of my heart for your generosity. You are contributing to a safer world for everyone you love and know.

Learn more about Claire and the Footsteps To Inspire movement: 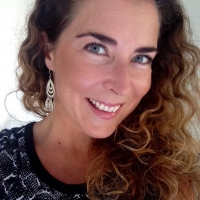 At 21, I was brutally raped and left for dead. I’m now running 16km in every country of the world to peacefully end sexual violence. I need your help to keep going!

Get in touch with Running 3700km to peacefully end sexual violence