The Australian Brumby Alliance (ABA) is working hard to save Victoria’s Alpine Brumbies, but we need your help!

We have commenced proceedings in the Federal Court to oppose Parks Victoria’s plans to annihilate Victoria’s iconic Alpine Brumby heritage.

It is inconceivable that a government agency would want to kill off Victoria’s Wild Brumby Heritage, especially in the absence of any robust, objective peer-reviewed scientific proof that there is any need to remove the Brumbies from environments where they have already lived for more than 140 years.

Originally depended upon by early settlers for exploration, farming and grazing leases, Brumbies have adapted well to Victoria’s high country and they continue to thrive there, in moderate numbers, despite drought, fire and increased human interference. Visit Bogong High Plains and see low density Brumbies living alongside healthy environments.

Jill Pickering, ABA President, explains “People travel from across Australia and overseas to seek a glimpse of our amazing Wild Brumbies. Parks Victoria’s decision would deprive future generations of the opportunity to see, experience and enjoy our iconic Alpine Brumbies”.

Legal costs are incredibly high but so are the stakes - any contribution that you can make will go towards the legal costs for our last stand “Battle for the Brumbies”. The Australian Brumby Alliance is a registered charity (established in 2008) to advocate for Brumbies. Any funds raised in excess of the requirements of this current Federal Court case, will be put toward our other works to protect Australia’s magnificent Brumby populations. 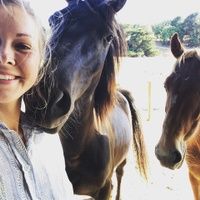 The battle to save Victoria’s Alpine Brumbies is hanging by a thread. Please help the Australian Brumby Alliance stop the Alpine Brumbies being decimated and every last Bogong Brumby being wiped out.

Get in touch with Fighting fund to save Victorias Alpine Brumbies