We can not trust the government to protect us from the huge threats we face. They have lost the right to carry on with business as usual , it's time for change. Help rebels across the UK take to the streets to demand truth, action and real democracy.

We are at an intersection of global crises.

Climate, COVID-19, racial injustice – all are symptoms of a toxic system that is driving us to extinction – a system built on inequality, extraction, the destruction of nature, theft and exploitation

The Government ignored the warnings about coronavirus and now they’re ignoring warnings of a possible 4˚C world from their official Committee on Climate Change. A 4˚C world could mean billions of human deaths – with racially marginalised communities, and those in the Global South on the front line.

From 1st September, the Rebellion returns to the streets of the UK

As MPs return from Summer recess, we are staging a socially distanced sit down protest outside Westminster Parliament, to demand that Parliament begin the process of putting 'The Climate and Ecological Emergency Bill' into law, which would make a Citizens' Assembly a fundamental part of Government for the first time in UK history.

The Rebellion is not just be focused on London. Welsh Rebels are causing disruption in Cardiff, while rebels in the North and Scotland are gathering in Manchester to do the same.

We invite everyone who is sick of the lies, injustice, inequality and harm, to join us - and to donate to help Extinction Rebellion UK rise up, until we win.

- £30 can pay for a banner, to send a clear message of climate emergency

- £50 can print a thousand flyers to share with passers by, each one sowing a seed of change

We have an opportunity NOW as we emerge from the pandemic to build a better world, but business-as-usual is fighting to regain its hold. We can’t let that happen!

Donate to help us grow local groups, train and support thousands of rebels right across the UK - and create the powerful rebellion we need to win.

We know times are hard. Thank you for what you can give.

With love (and rage), 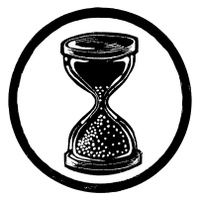 We're on track for 1.5°C warming by 2030. The chain reaction this will cause is predicted to be catastrophic. Action has never been more urgent. And while there’s ACTION, there’s HOPE.

Get in touch with Extinction Rebellion UK 2020