EthicalJobs.com.au wants to double your donation to save our koalas

By Friends of the Earth Melbourne

Our koalas are in crisis and time is running out for this iconic Australian animal.

The devastating ‘Black Summer’ bushfires decimated koala populations, and resulted in the death of more than 3 billion native animals.  Despite monumental efforts from volunteer firefighters, rescuers, and wildlife carers, the latest reports estimate that the catastrophic bushfires killed more than 30,000 koalas nationwide.

Koalas across the country were already endangered, but the impact of the bushfires has increased the risk of extinction. Koalas are now listed as Vulnerable to Extinction in NSW, Qld and the ACT.

Hotter and longer fire seasons and continued habitat destruction will mean that the koala is heading towards extinction within this century.

We can’t imagine the Australian bush without koalas. To ensure their survival we know that we need to take urgent action to protect the surviving populations and defend their precious habitat.

Friends of the Earth is a grassroots environmental organisation conducting research into a little-known Victorian koala which may hold the key for the species’ survival.

Victoria’s endemic species of koala, the Strzelecki Koala, is the only remnant population of koala in Victoria and South Australia. The gene pool of this Koala species remains intact, and with population numbers and health of other species declining across the country, this healthy species of koala could help save one of Australia’s most treasured animals.

That's why EthicalJobs.com.au has committed to match, dollar for dollar, any donation to Friends of the Earth through Chuffed until 30 September, up to a total of $30,000!

There are possibly only 1500 Strzelecki Koalas remaining in the wild, and with your help, Friends of the Earth can push governments to protect them and their habitat forever.

Although genetically robust, the Strzelecki Koala is extremely vulnerable to burn-offs, tree felling and road deaths. Much more work needs to be done to enshrine their protection under Victorian legislation.

To protect the Strzelecki Koala, and better understand how this special koala can support the recovery of other koala populations, Friends of the Earth needs to know more about them.

With your help, Friends of the Earth can:

Just click "Donate Now" at the top of the page, select an amount and follow the steps from there.

You can read more about Friends of the Earth's work advocating for Koala protections here.

All donations over $2 are tax deductible.

Friends of the Earth Melbourne 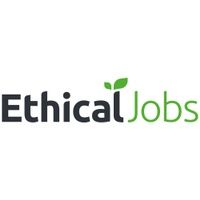 Help Friends of the Earth Melbourne save one of Australia's most treasured animals – and EthicalJobs.com.au will match your donation up to $30,000!

Get in touch with EthicalJobs.com.au wants to double your donation to save our koalas