East of the Sun: A Heroine's Journey 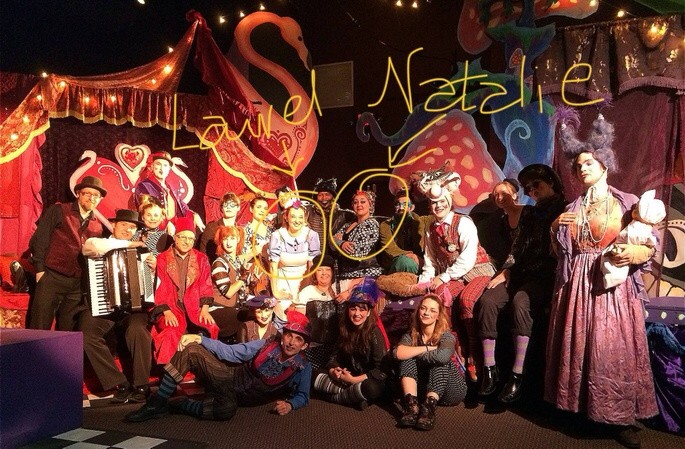 Inspired by the company's innovative, genre-blending shows, they decided to create their own. A piece based on the fairy tale East of the Sun, West of the Moon that would blend haunting music, diverse dance-forms, and traditional theater together in a style described as: "You know, if Cirque du Soleil had some dialogue and a plot."

It would also feature a female protaganist going through a heroine's journey in a dark world, characters who represent different aspects of the feminine, as well as a cast with diverse performance backgrounds that could be highlighted.

Fellow clever artist, Amanda Schnabel, found this vision so inspiring that she leapt on board as dramaturge and thus, Seven Spells Productions was formed.

But the journey was long and they needed supplies...

After several exploratory workshops, (you can find a few music demos from those here), the Seven Spells team realized that to fully develop their vision, they needed to workshop portions of the show with a full dance ensemble and choreographer. In order to pay everyone fairly, $8,500 would need to be raised.

That funding will be used as follows:
$2,900 goes to the creative team to finish the script, continue development of the score, create new choreography, and take care of all the behind-the-scenes needs.
$5,175 goes to the performers for workshop development in 2018.
$425 goes to Nautilus Music Theater for fiscal agent fees and support.

You will also have two opportunities to see our work in 2018!
1. Monday, July 9th 2018 at Park Square Theater, we will be presenting a section of our 2017 workshop as part of The Flying Foot Forum's night of new work.
2. Sunday, September 23rd 2018 at the A Mill Artist Lofts, we will have a casual, open-invite presentation of the segments we have been developing with the funding from this campaign.

Those who joined the quest found great reward...

Laurel Armstrong (Director/Creator/Producer) is a singer, actress, writer, and producer. As a performer she has worked in Japan for Universal Studios, toured nationally with Sesame Street Live!, and appeared on many stages throughout the Twin Cities. She studied music-dance-theater at BYU where she also wrote, performed, and directed for a sketch group that was the precursor for the popular cable and YouTube show, Studio C. She is currently based in Minneapolis and works regularly in voice-over and theater as both a talent and producer.

Natalie Nowytski (Composer/Creator - natalien.com) is a classically trained village singer, composer, multi-faceted performer, and educator specializing in traditional Eastern European vocal styling, who has appeared on international stages and on A Prairie Home Companion. She has received awards from the McKnight Foundation, Jerome Foundation, American Composers Forum, SAGE Awards, and Minnesota State Arts Board. Performing as a musician, actor, and dancer, Natalie is also a member of Orkestar Bez Ime, Traki, Nomadi, Flying Foot Forum, and AM Supperclub. In 2014, Natalie (whose Eastern-European music stylings you can find here), was awarded a JFund for New Music from the Jerome Foundation and American Composers Forum to write the music for our production of East of the Sun. In March of 2016 her first East of the Sun songs—built around a trio of female voices—were presented in the Flying Foot Forum dance studio, with subsequent public workshops featuring a live band and electronic music presented as part of Nautilus Music Theater's Rough Cuts series. She continues to create unique soundscapes and haunting vocal harmonies for our production, inspired by a wide variety of influences: folk traditions from around the world (Republic of Georgia, Bulgaria, Finland, Corsica, China, etc.), in addition to American hip hop, bluegrass, and R&B.

Amanda Schnabel (Dramaturge/Producer) is a Minneapolis based singer, actor, director, and dramaturge with a keen interest in the development of new work. She holds a B.A. in music, with a concentration in theater, from the College of St. Benedict/St. John’s University and her work has been seen on stages both across the Twin Cities - and as far away as Cincinnati, OH and St. Louis, MO. Over the years Amanda has been deeply involved in the creation of new theatrical and choral works and she is a passionate advocate of arts education.

Propel us East of the Sun! Our all-female production team is creating a new theater piece with artists from diverse backgrounds and genres. We need your help to keep creating this world!

Est. Delivery Date: September 2018 (We will contact you about dates.)
1 claimed
None left

Two tickets to see a brand new musical at the Minnesota Fringe Festival! Written by Shanan Custer, Anita Ruth and Colleen Somerville, Not Fair, My Lady is a collection of songs and scenes exploring being a woman in musical theatre. The show is at Mixed Blood Theater, with the festival running August 2-12, 2018. 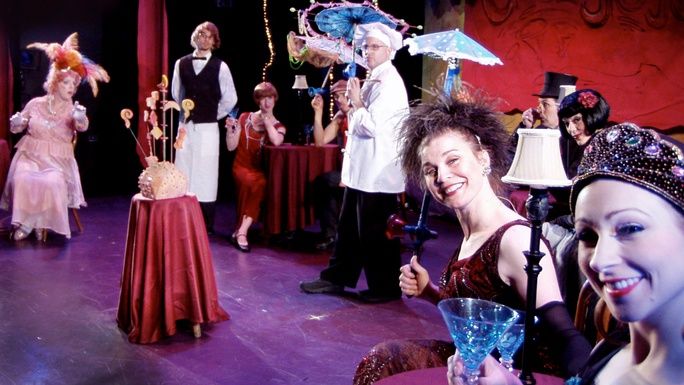 The Resistance Movement is a non-traditional workout studio located in Lowertown St. Paul, MN. Their classes draw from multiple movement disciplines like dance, martial arts, aerial, pilates and more! Choose this perk and you'll get a 3-pack of free classes! Try the internationally recognized Body Art technique class, or have fun doing resistDance rocking out while using resistance cords for a new challenge! You can learn more about them at: https://resistancemovementfitness.com/

You will receive a code to download one of Natalie's brilliant songs from the show!

$50 Gratitude you can touch

We'll send you a post-card - featuring original, East of the Sun inspired art work from local artist Jessica Barnd - with a handwritten note from the production team to say "THANK YOU!" and a code to download one of Natalie's brilliant songs from the show!

You will receive a thank-you postcard, and a code to download 3 of Natalie's amazing songs from the show!

You receive everything listed above, plus an invitation to attend a workshop rehearsal.

You will receive everything listed above, plus a beautifully illustrated story-book of East of the Sun, West of the Moon signed by the creative team.

You receive everything listed above, plus we will create a short movement and music piece for you, or for someone you love, to be performed at a rehearsal you attend, or sent to you by video. (You're also free to tape our live rendition.)

Get in touch with East of the Sun: A Heroine's Journey