is the latest and most exciting artistic addition to the already amazing Central Australian cultural calendar.

In just four years, it has grown from nothing, to become the region’s most popular major event in September, attracting thousands of festivalgoers from the local community, from interstate and overseas!

The Festival is a vibrant celebration of the singer and the song in the desert heart of Australia featuring performances showcasing the talents of choirs, small ensembles, solo artists and instrumental musicians, collaborations between local and visiting choirs and musicians and workshops in the community and in Alice Springs Schools over 10 glorious days of music-making in Central Australia.

A singing and cultural tour through the West Mac Donnell Ranges fostering connection with country and with Aboriginal Elders and culture is another significant festival event. Another significant feature is the highly popular festival club ‘Desert Song Central’- a place where festivalgoers can relax after major events, enjoy an excellent menu and listen to performances from a diverse pool of local artists.

The 2016 Festival will also feature an International Artist in Residence, “East Marries West” - the outstanding Sitar and Cello duo Shubhendra Rao and Saskia Rao de Haas from India: an artistic innovation that will significantly enhance its creative capacity, broaden its demographic appeal and facilitate engagement with Asian culture in the community of Alice Springs where 10% (2,800) of the residents originate from India.

With events like ‘A cappella in the Gorge’ set in the majestic Ormiston Gorge, ‘Desert Voice’ showcasing desert choirs; with performers like Asante Sana, the Central Australian Aboriginal Women’s Choir, African Drummer King Marong, the enchantments of top-class strings players, and the stunning cutting edge duo of Sitar and Cello Shubhendra Rao and Saskia Rao de Haas, this year’s festival promises to be the best ever!

Arts Funding bodies have provided Desert Song Festival with significant funding over the first three years of its life enabling the Festival to grow to what it has become. However, with Government cutbacks in Arts funding this financial year, our festival has been one of the many casualties! A small team of hard-working volunteers contributing most of their time and effort in-kind, delivers this genuine celebration of Aboriginal choral musicianship and multicultural art: hundreds of performers presenting over 30 events. However, we do need to provide this volunteer team with some financial support to cover their expenses. Without the anticipated Arts Funding we cannot support the team and the staging of the festival is under threat.

Over the last 10 years, I have been working with indigenous and non-indigenous sections of the Central Australian community, building an extensive choral community, to a place where Aboriginal, Maori and other non-Indigenous community choirs, school choirs and youth choirs from the vibrant multicultural Alice Springs community now share a common experience of music-making, musical skills-development and enhanced performance experiences and outcomes to their mutual benefit, and to the positive benefit of Central Australian communities. 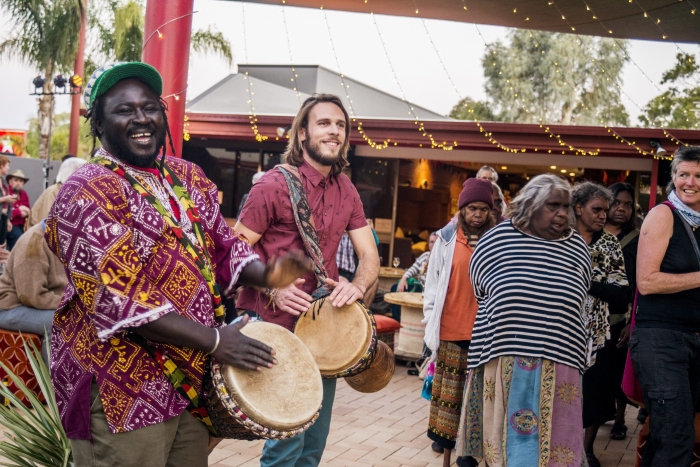 Social and inter-cultural relationships in Alice Springs are fraught and enigmatic: simultaneously vital, creative, diverse, vibrant and hopeful, as well as apprehensive and dysfunctional. The Central Australian landscape is breathtakingly beautiful and powerful, and, as a human artifact, is a mirror of the resilient and enduring story of its longstanding peoples. However, this is often ‘lost’ as the media tends to focus on the negative tensions within the community, despite the presence of many positive stories. 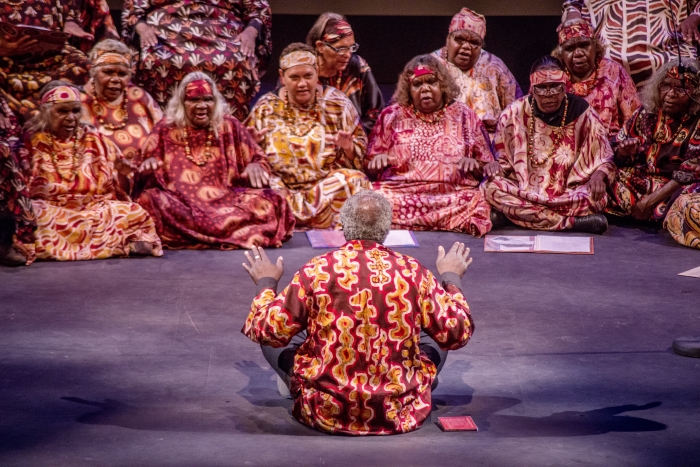 This program has led to the formation of the musical ‘tour dé force’ - the ‘Central Australian Aboriginal Women’s Choir’ that went to Germany in 2015 on an historic and ground-breaking concert tour. It has led to the establishment of a major festival in Central Australia. It has brought together Choirs and musicians from the vibrant multi-cultural community of Alice Springs, to present African freedom songs, Aboriginal traditional and sacred music, ballads, classical compositions, musical traditions from India, Caribbean folk music and a cappella singing. It has broken down barriers, contributed to reconciliation and brought diverse communities together to make music and build relationships and is changing the social furniture of Central Australia. It has often been said that people change the world, but it is music that changes people. This is happening in Central Australia and that is why it is so vital to raise this money to bring together and support the Festival team to deliver a great event.

Help stage Desert Song Festival that attracts thousands! Arts funding cuts threaten this year’s event. We need $50k to support our Festival Team who contribute most of their time and effort in-kind.

Heartfelt Thank You! Shout out on Facebook by Desert Song Festival team for being an awesome supporter! Plus - if you are a festival-goer, two nights free entry to the Festival Club: ‘Desert Song Central’ at Yaye’s

Heartfelt Thank You! Shout out on Facebook by Desert Song Festival team for being an awesome supporter! Plus one ‘Firefly’ Micro-solar lamp

Heartfelt Thank You! Shout out on Facebook by Desert Song Festival team for being an awesome supporter! Plus one inaugural CD of the Central Australian Aboriginal Women’s Choir

Heartfelt Thank You! Shout out on Facebook by Desert Song Festival team for being an awesome supporter! Plus one ‘CD+DVD combo’ of the Central Australian Aboriginal Women’s Choir

Heartfelt Thank You! Shout out on Facebook by Desert Song Festival team for being an awesome supporter! Plus one ‘Firefly’ Micro-solar lamp and one ‘CD+DVD combo’ of the Central Australian Aboriginal Women’s Choir.

for donations of $1000+: a 2016 Festival Pass giving you entry to all Festival events (except the ‘Ranges Tour’)

Get in touch with Desert Song Festival 2016