Children and Youth Library in Afghanistan

My name is Mahdi Housaini and I am 23 years old. I have lived around the world, being born in Sydney Australia, grown up in Iran, America, Canada and then returned to Australia 6 years ago. Since I was a small boy, I felt a singular impulse which I always knew will shape my future forever and that was to dedicate my life to people and the world, be of service and try to have a vast impact. 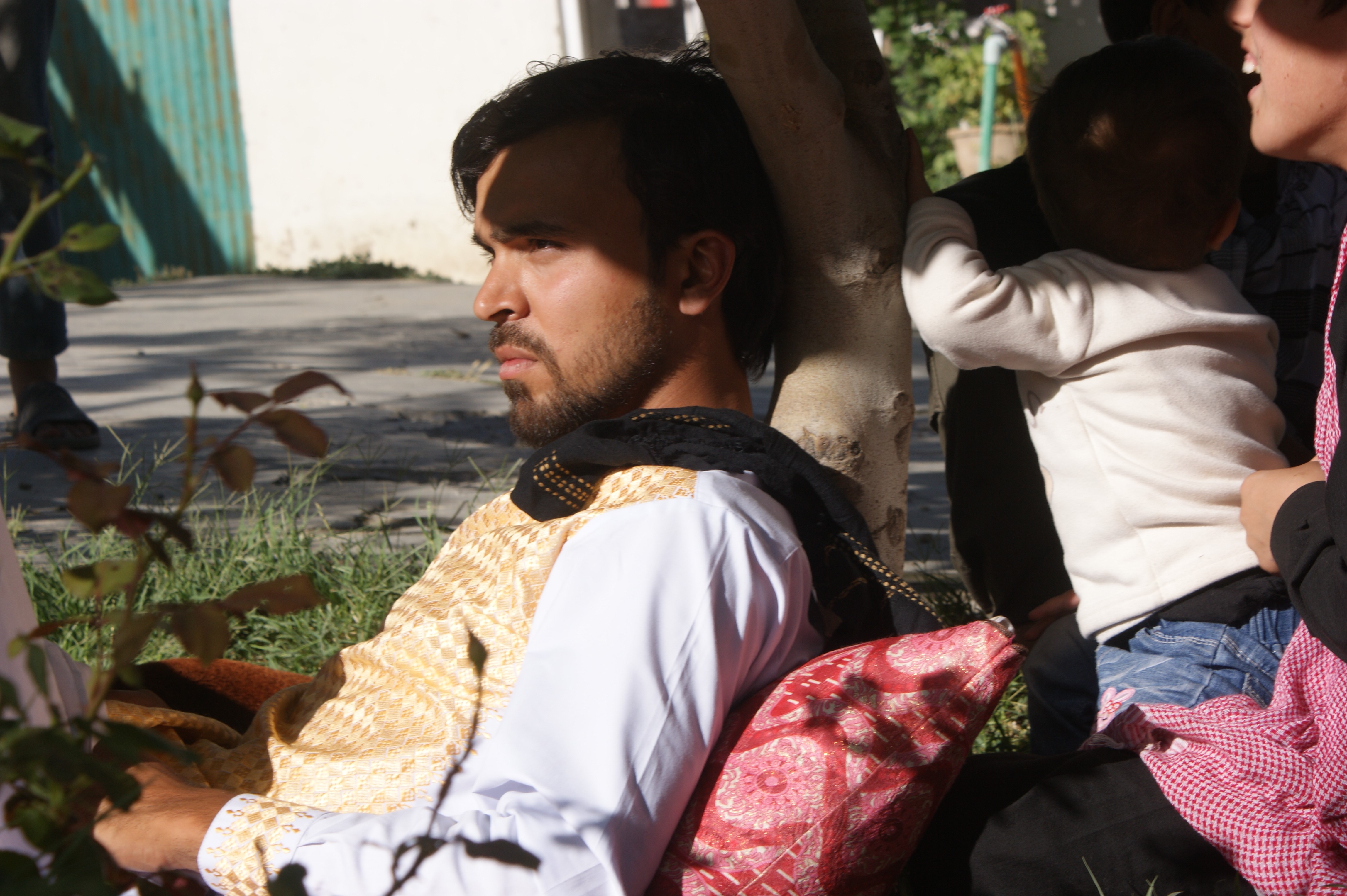 After my university finished, I worked for one year in Australia and then in the June of 2018 I came back to Afghanistan. Soon I was living in Panjshir Valley, the smallest and safest province in all of Afghanistan and I began working in the orphanage of an organization called Mahboba's Promise. 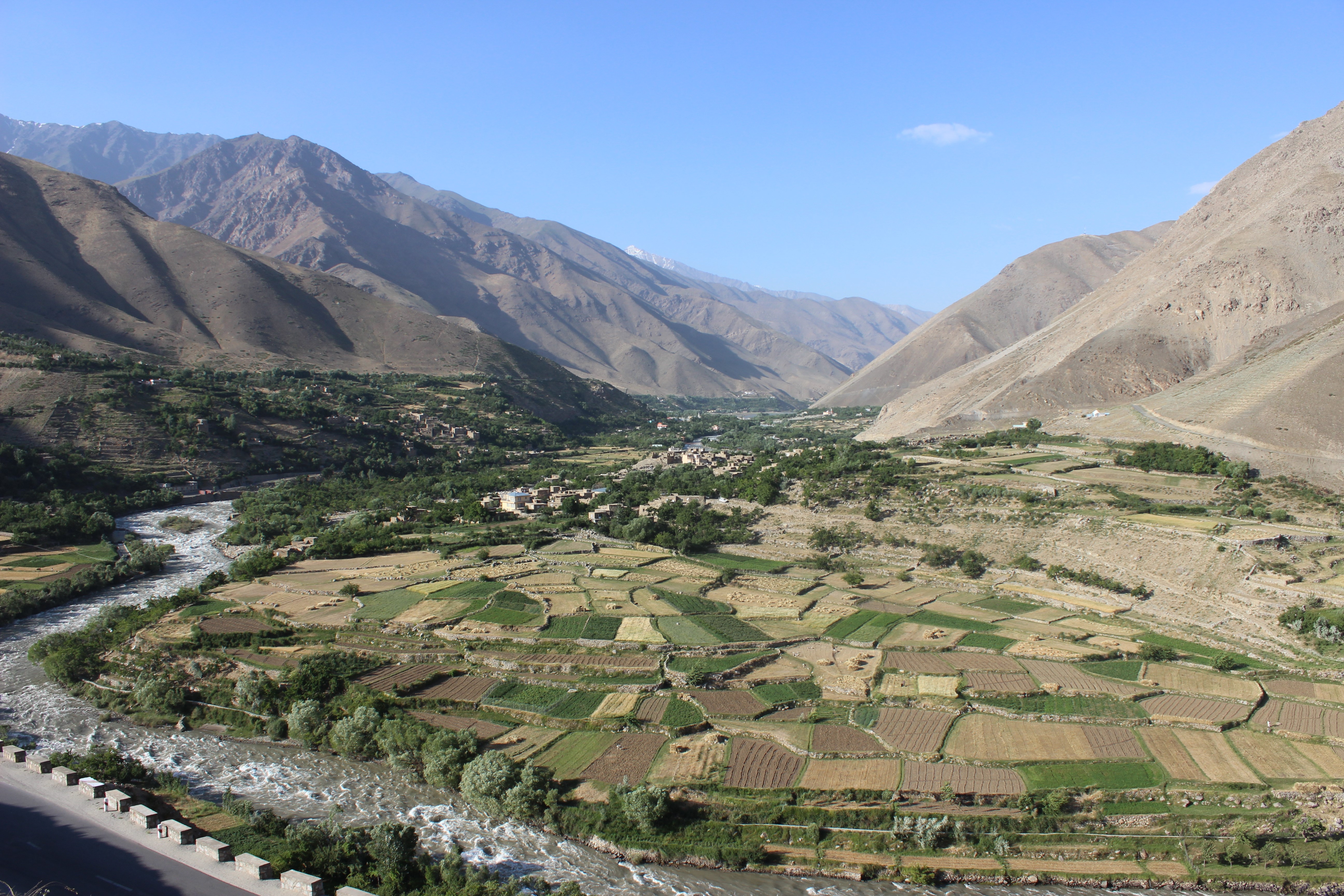 But I am never satisfied and I always want to do more. Every day I live with a fear, the fear of not doing enough, things that last and stay for a long time and affect the lives of people powerfully. The idea that I had, which I believe in wholeheartedly even on the gloomy days, and which I will work towards its fulfillment without ever giving up, is to build a Children and Youth Library in Afghanistan. I have known the transformative power of books since I was just 5 years old when my mother used to lay me and my brother next to her at night and read us stories from ‘A thousand and one nights’. I know that books, especially children’s books, impart wisdom, expand the imagination, encourage empathy and acceptance and inspire. I want to take one of the first big steps in Afghanistan to substitute the culture of guns and violence with the culture of books, stories and learning. This is my strongest aspiration at this point in time in my life.

I hope you will read on, be inspired and help me in this endeavor.

About the Organization (Implementing Agency)

Mahboba’s Promise is an Australian non-profit organization dedicated to helping the women and children in Afghanistan.

Mahboba’s Promise (MP) was founded by Mahboba Rawi, an Afghan refugee and now an Australian citizen, who as a young girl was forced to flee Afghanistan because of her activism against the puppet government. 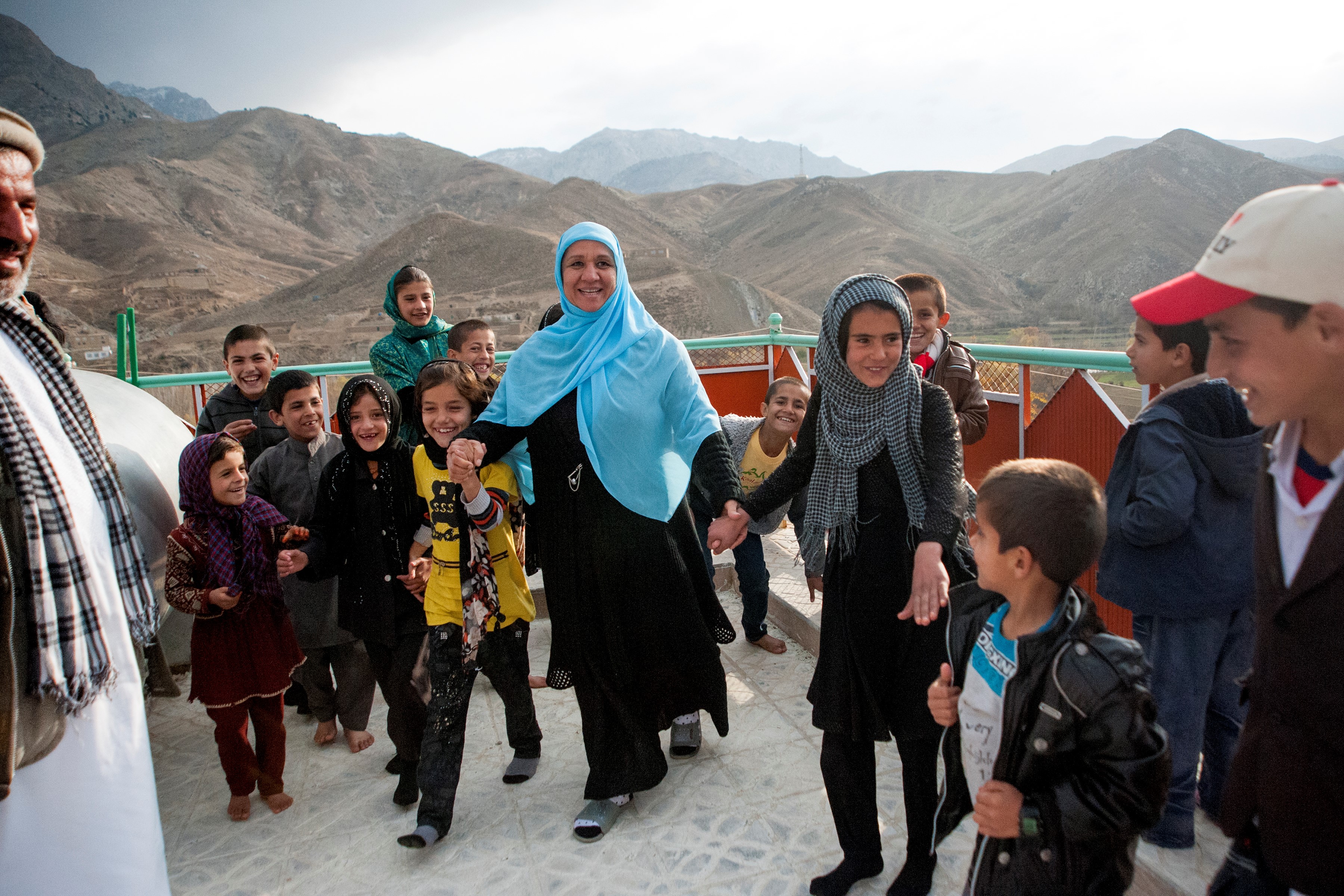 Mahboba’s Promise is a grass-roots organization, drawing its support directly from the people of Australia. It is active in many areas of sustainable development in Afghanistan: building Hope Houses for orphans, schools and clinics in faraway regions, training orphans and widows to become self-sufficient in life and so on. 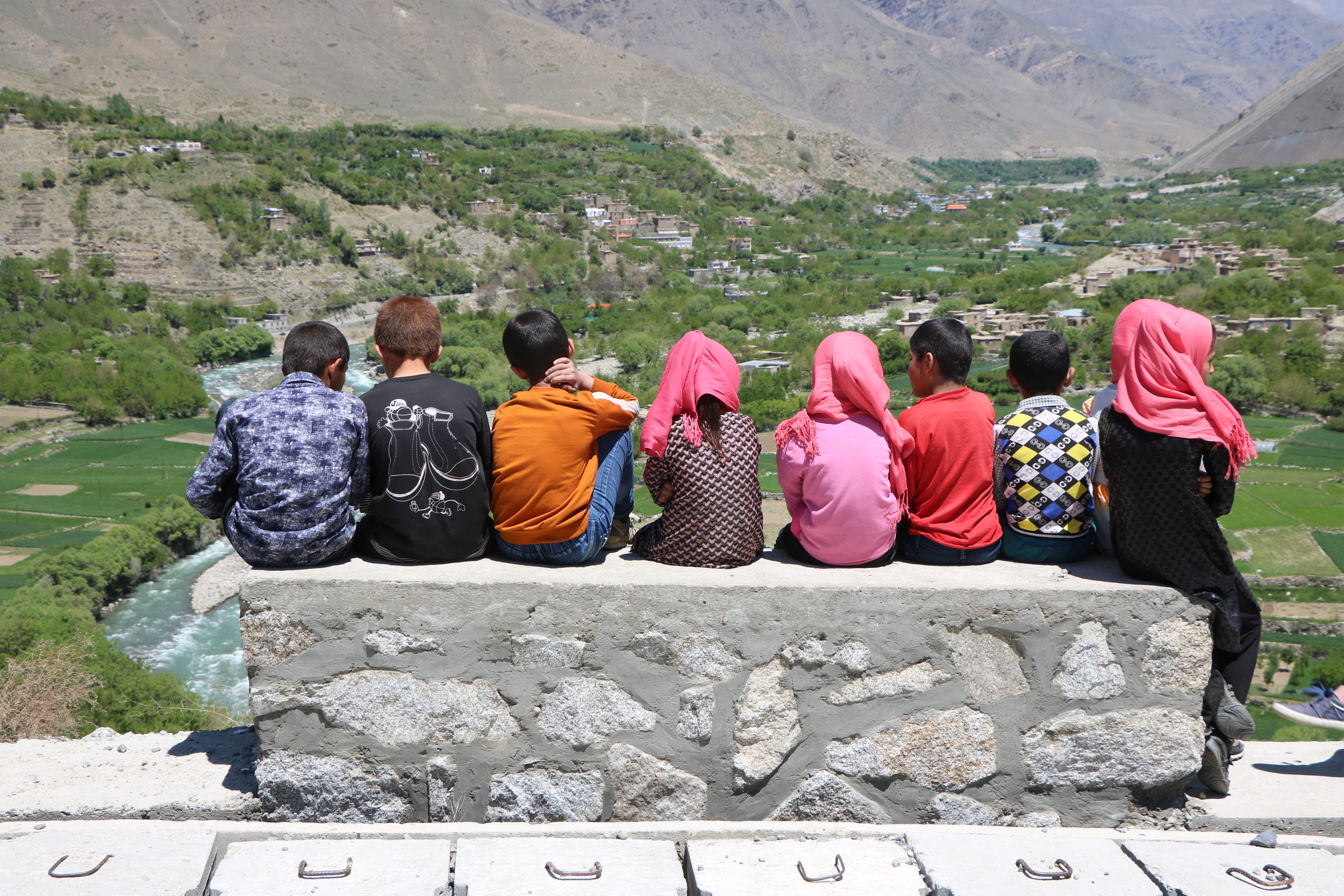 In all of Afghanistan and in its millennia of turbulent history, there have been very few libraries for children and youth. Though the youth have lofty aspirations and a keenness to attend school and learn, they do not have the means to truly grow intellectually and morally, gain skills and knowledge and so be able to serve Afghanistan and contribute to its progress.

The building of a library for youth will be a monumental step in replacing the culture of guns and violence with the culture of stories, books and learning. It will be an important move which can inspire ripple efforts across the whole country. Panjshir Valley is the safest province in Afghanistan and as such the ideal place to build a library for children, a center and base for future and similar efforts in the same field.

Ultimately there is no more clear-cut truth, when it comes to discussions about progress and development, than this: What Afghanistan and the world need most of all are youth who are educated, motivated, passionate to be of service and use, empathetic and inclusive, honest, creative and imaginative. These are the youth who literally make the future by being competent in their fields of work, whether it is engineering, medicine, economics, education and so on and they influence the lives of not just themselves, but everyone, and generations hence. And it is only a place which harbours thousands of inspiring stories which can forge such youth.

Perhaps nowhere in the world do youth yearn to learn, and aspire with more boldness than Afghan children, and this is a concrete fact I have observed in my personal experience and also found to be true in the scholarly literature and statistics studies.

In 2016, more than 9.2 million students were enrolled in school, regardless of level; this represents a 9-fold growth from 13 years earlier. Since 2005, enrollment at the primary level grew every year, sometimes by more than 10 percent annually. 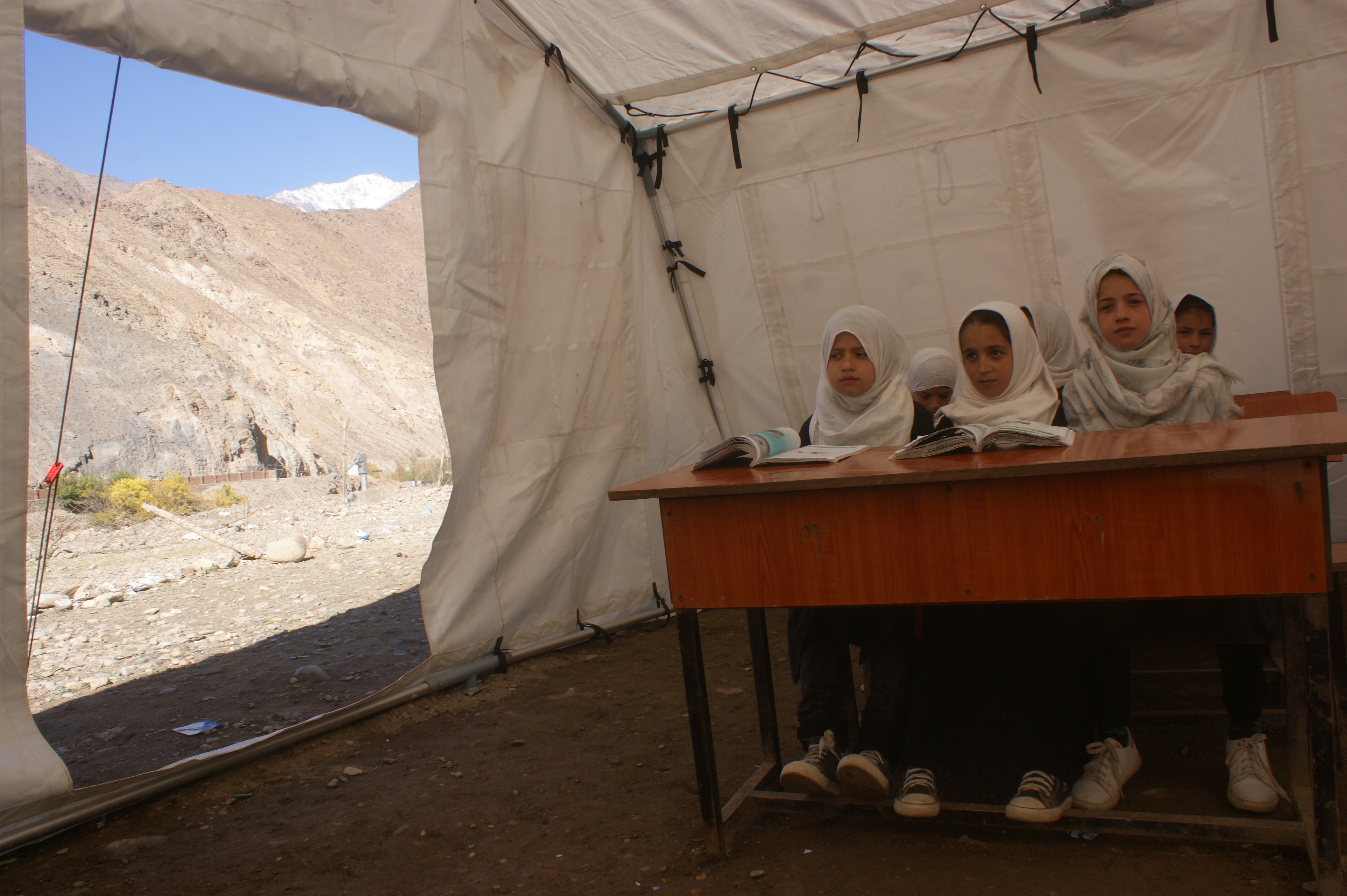 When I have written English tests for the orphans of the Hope House and asked them what should be the prizes for those who get the highest marks, they have always exclaimed with conviction for notebooks and pens. Panjshir valley where I am living in is mountainous and there are many villages in far-flung locations, nestled in the heights and guts of smaller valleys. One of the most inspiring sights in Panjshir is seeing children, girls all clad in black and wearing white scarves and boys wearing blue shirts, walk side by side to school. One witnesses many touching moments in these early morning treks. Children whose bags are almost as big as them, little girls who don’t have shoes and walk barefoot in slippers, schools built of mountain rocks perched in the most remote and far-flung places, hours long mountain climbing and trips to reach the local school, and the most heart wrenching of all, seeing some children along the streets in home clothes, some herding a goat, some sitting as shopkeeper, and some just by the window, who gaze longingly at all the uniformed children making their way to school.

This yearning to learn which lives in the hearts of Afghanistan’s children is the essential beacon of hope for the uncertain future of Afghanistan.

To build a Child and Youth Library in Afghanistan.

(We are aiming to build this library on top of an existing school. The cost of construction amounts to about 20000 US dollars, covering an area of 270 m2, including a library hall and two additonal rooms, and the remaining money is used to buy books, bookshelves and computers for the library. The campaign however is raising money in Australian Dollars, since our organization's bank account is based in Australia.) 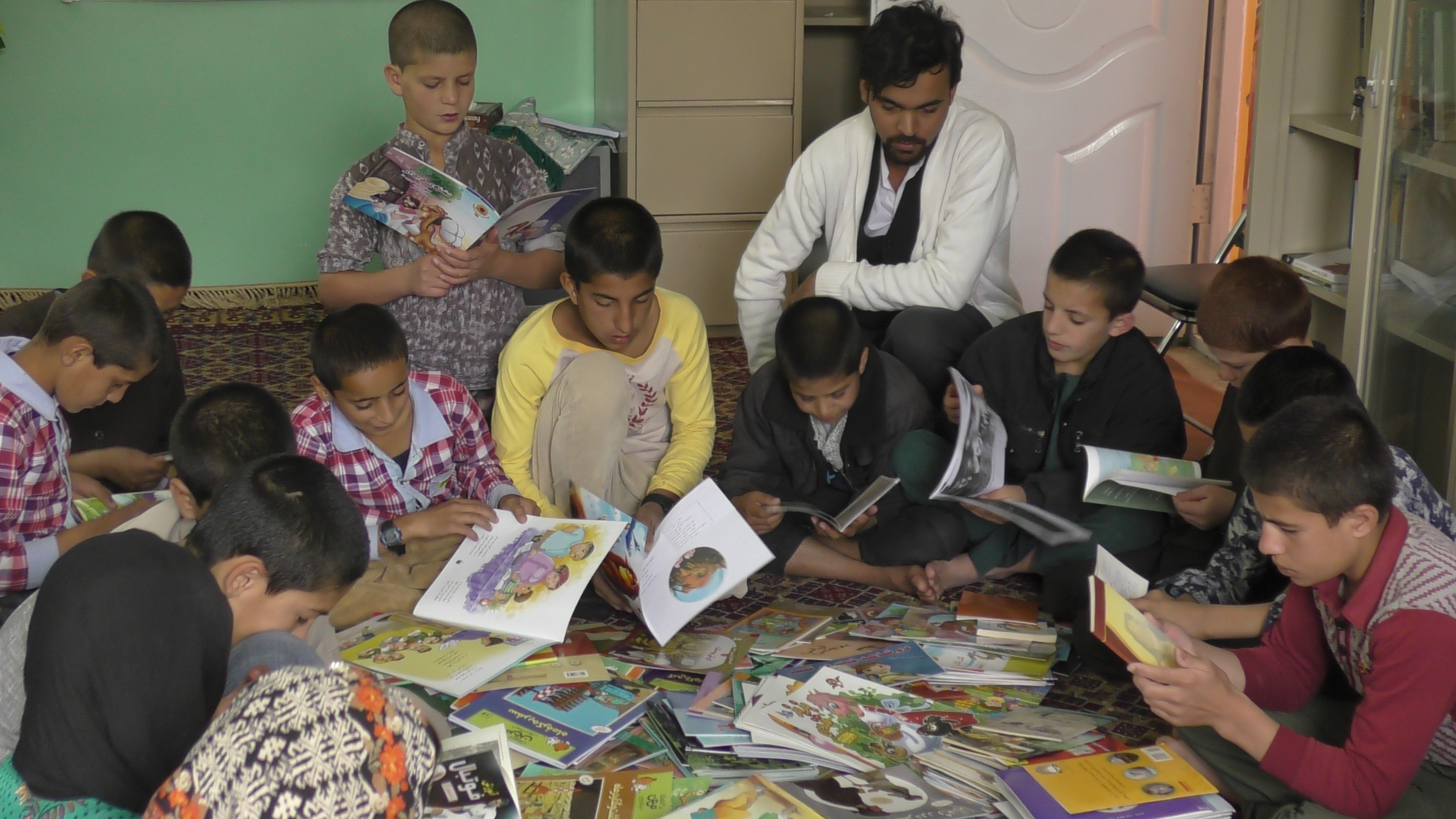 The building of this library will serve several important purposes. Firstly, it will be a significant initiative in cementing a culture of learning and book reading among the youth in Panjshir Valley, and in Afghanistan. It will help forge youth who are imaginative, knowledgeable, creative, empathetic, tolerant, inclusive and driven to faithfully and honestly serve Afghanistan and contribute to its progress. It will instil in the youth, especially the youngest, the lifelong desire to learn and read and will equip them with essential literacy and learning skills. It is a place which will steer youth away from drugs. It will make them immune to extremist and terrorist ideologies. The library will hold courses for math, computer and English, which are rarities in Panjshir Valley and will enable the youth to excel academically. The library will be a centre for the revival of authentic Panjshiri traditions which are fading away such as Mathnawi Khani which involves the recitation and discussion of classic Rumi story poems which throughout Panjshir’s history have imparted valuable and moral life lessons to its youth. The library can become a youth cinema on a weekly basis by screening films on a projector. Weekly storytelling sessions will revive and preserve the classic works of Farsi literature. And ultimately the library will encourage and equip the first generation of young Afghan writers.

It is true what I said in the beginning, that I believe wholeheartedly in this library, in its power to forge strong but tender hearts determined to improve the world. 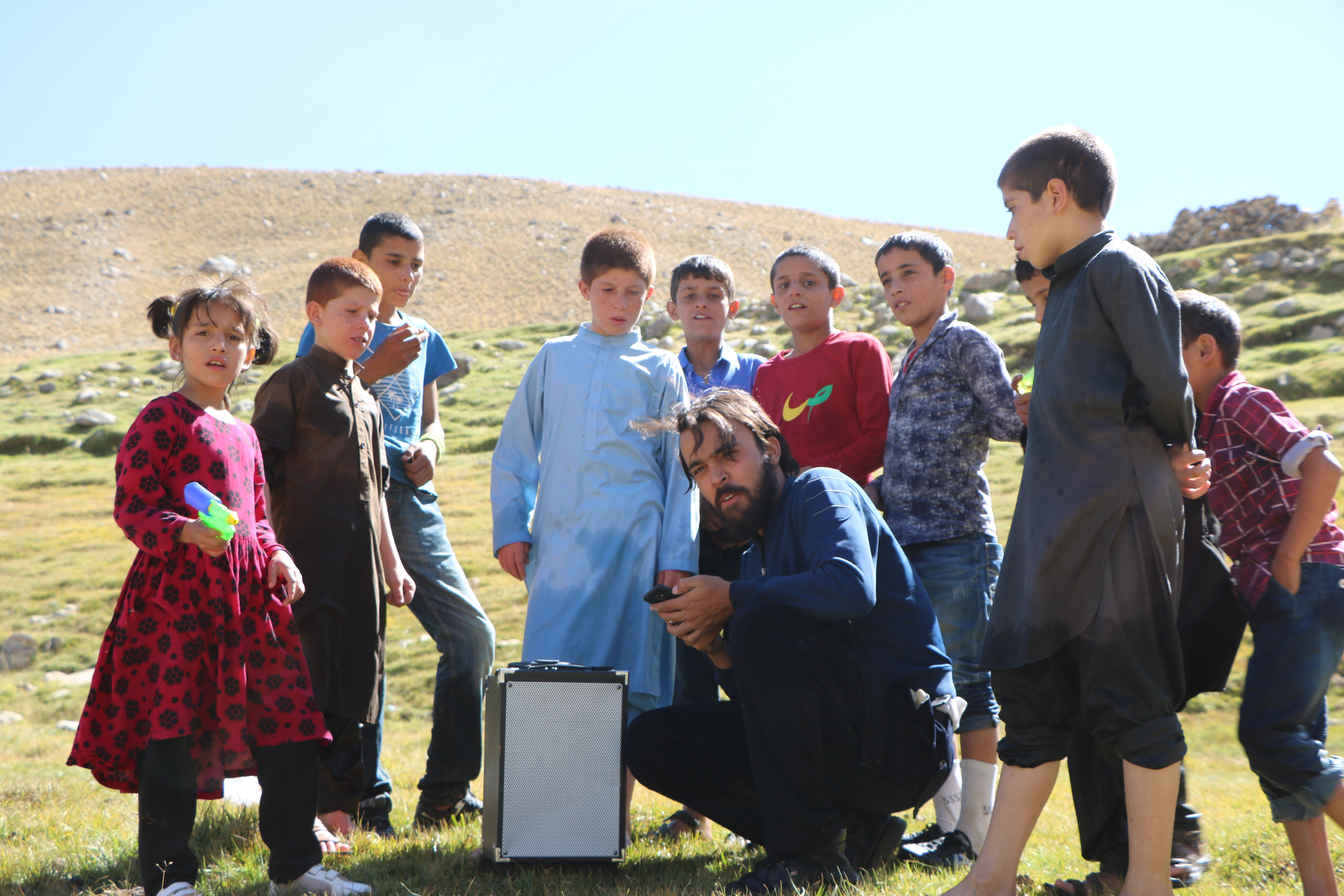 I live with another conviction as well. That the country which has suffered the most in recent times, has the potential to become one of the most prosperous countries in the world in the near future. The children have given me this conviction. Their love of pens, books and notebooks and of sitting jammed and crowded behind creaky desks and looking up eagerly at the blackboard, making hours long mountain treks to reach their local schools. Truly they are bold of spirit and their dreams are vast and far-reaching. No nation whose children are so eager to learn and attend school is doomed forever. The youth will rise. They are the undying hope, not just in Afghanistan, but across the whole world.

But even the tough flower which grows out of barren mountain rocks, needs water and sunlight. And so do the children. What is more empowering to the young mind, and more motivating to his bones and spirit than books? If you had another answer, I urge you to put your money towards it.

But if not, then I ask you to build this library with me.

Individuals build the world we live in. I want to build the forging place of these visionary individuals: A Children and Youth Library.

Get in touch with Children and Youth Library in Afghanistan