With your help, a little over a century after the end of this war to end all wars we will plant a Memorial Avenue along a public road in the Somme in their Honour.

The photo shows Australian soldiers having their lunch by the side of the road with French children in 1916. Memorial alleys were widespread community initiatives that became popular in Australia after WW1. They were always the result of local, largely voluntary endeavour, funded by community groups and individuals.

Through crowdfunding we will maintain that tradition, favouring small donations from ordinary Australians who want to contribute to this noble cause.

Avenues of Honour in Australia

The arboreal Avenue of Honour has been an enduring form of public commemoration of military service in Australia. More than any other nation, Australians have chosen to recognise service and sacrifice through community plantings as a living war memorial. Since 2004 TREENET has so far identified approximately 600 Avenues of Honour throughout the nation. You can find them at www.avenuesofhonour.org

The village is an emblematic WW1 site for Australians because it was their first victory on the Western Front fought under extremely difficult conditions. It is also the site of Australia’s highest single battle casualties in any war (23 000 casualties of whom 6 800 were killed). C.E.W. Bean describes the Windmill site as “a ridge more densely sown with Australian sacrifice than any other place on earth”.

When and where will the trees be planted?

It is expected that this will take place in the northern spring of 2021, most probably coinciding with the Anzac Day activities on the Western Front.

They will be planted on each side of the roadway leading into and out of the Village along the route from Albert to Amiens. Two distinct rows of trees representing the sacrifice of Australians during the conflict and our pledge to always remember them over the a century later are planned.

The infantry battalion was the key Australian WW1 organisational unit. There were 60 Australian battalions in France (5 Divisions each with 3 Brigades, each with 4 battalions).

The Battalion Avenue at Pozières will become a living arboreal memorial to the fallen. Each tree will have a plaque identifying the battalion by number and colour patch and record the numbers, if not the names, of those who died. 10 other active units will also be represented including artillery, engineers, and medical, bringing the total number of trees to 70.

100 trees representing a hundred years of commemoration are to be planted in the Australian section of an Multinational Centennial Peace Avenue as proposed by the Somme Département’s manager for the Centennial of WWI, the Mayor of Pozières, and the Project's French partners

Our call to action

There are many aspects to completing the project that will require committment from the Australian and French partners. TREENET is responsible for reaching out to the broader Australian Community to cover the full cost of the trees, commemorative plaques and signage, as well as sharing in planting and maintenance costs over many years. .

The budgeted cost of each semiadvanced tree is $300 Aud

This is equivalent to 2 days pay for a digger when he enlisted as a "six bob a day tourist". From this pay, approximately 70% of the standard wage for a factory worker, one shilling, was sent home by decree. Most soldiers sent back much more to support their loved ones. Forty six thousand brave Aussies have already paid the real price of their Avenues. All they are asking is for you and your friends to send a little back their way in appreciation of their sacrifice. 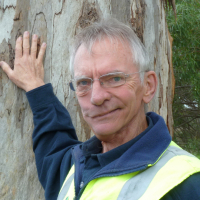 A century ago 46000 brave Aussies were left lying in French soil. This project gives you the opportunity to plants trees in France to live forever in their honour. Don't let them die twice!

$300 Pay the purchase cost of one tree

Special acknowledgement on our CAMA project page and a certificate nominating a particular tree depending on choice or availability.

Est. Delivery Date: The acknowledgement on our website will be within 7 working days and the certificate after end of this Campaign.
21 claimed
79 left

$0 All Donations are Tax Deductible

Get in touch with Centennial ANZAC Memorial Avenue at the Western Front, France