WHERE HAVE ALL THE GRASSWRENS GONE?

Where have all the Grasswrens gone?

Carpentarian Grasswrens have all but disappeared in the Northern Territory - please help us locate survivors so we can revive their populations by strategic burning to prevent large scale fires.

If you have ever seen a Carpentarian Grasswren you would understand why I have become a fanatical enthusiast. The first one I saw was with Brian Venables on Calton Hills Station, 40km north of Mount Isa. “Just watch this” he said, pointing to a bush and playing a taped call. A male “Carpie” popped up in the bush, cocked its long tail and defiantly sang back. I was hooked. 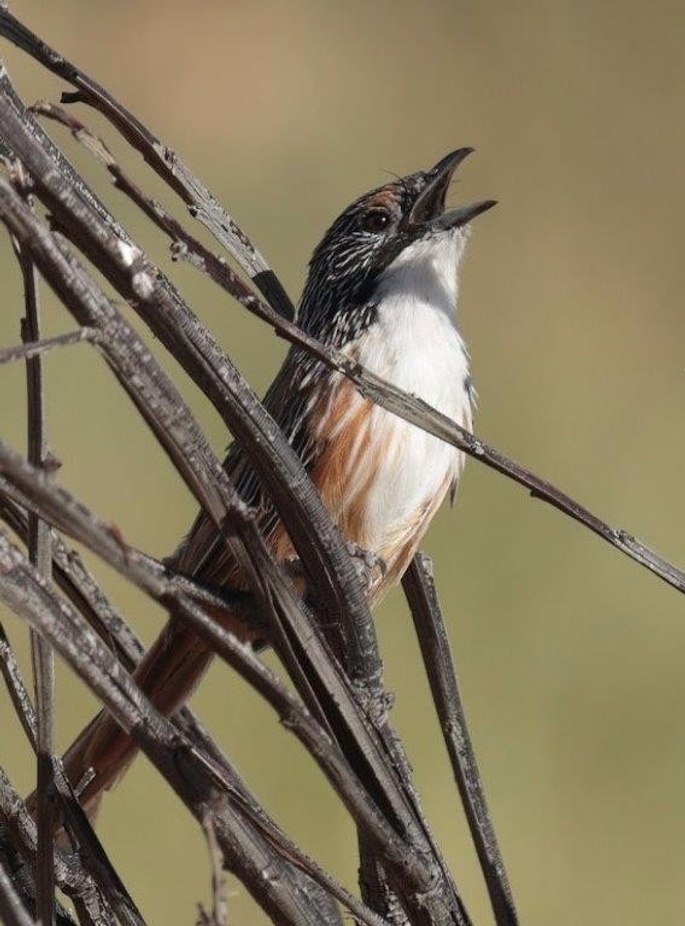 The next year I went back to the site but fire had burnt the spinifex and the grasswrens had gone. What happened to them? Had they escaped to pastures new? Had they been burnt alive? Or had they succumbed to predators like cats and Spotted Harriers because their protective cover was gone? I took the problem to my CSIRO colleague Cameron Fletcher and we modelled their chances of survival. The models are clear - the bigger the fire, the lower their chances. The trouble is, we don't know how far can they move in the face of a fire. If they can move 20kms, there is a chance that they can find suitable new territory, unburnt and not occupied by another group of grasswrens, but if they can only move a few kilometres, they may still be in the burnt zone, and perish from lack of food and shelter. We don't actually know how far these small birds can fly - but we do know that their numbers have plummeted as the size of the firescars has increased.

The Carpentarian Grasswren joined the list of birds officially declared as nationally "Endangered" in 2016 in recognition of its proven vulnerability to fire. The Carpie population in the Northern Territory has crashed since it was first described in 1912. There are occasional reports of a sighting but these are usually unconfirmed. The problem is the wildfires which currently burn through huge areas of spinifex every year. When Traditional Owners, the Waanyi-Garawa people managed the land, they burnt in small patches and the birds could move onto adjacent territory. Today's wildfires burn much larger areas.

China Wall is a 60km long, sandstone escarpment on Waanyi-Garawa country between Borroloola and Doomadgee. 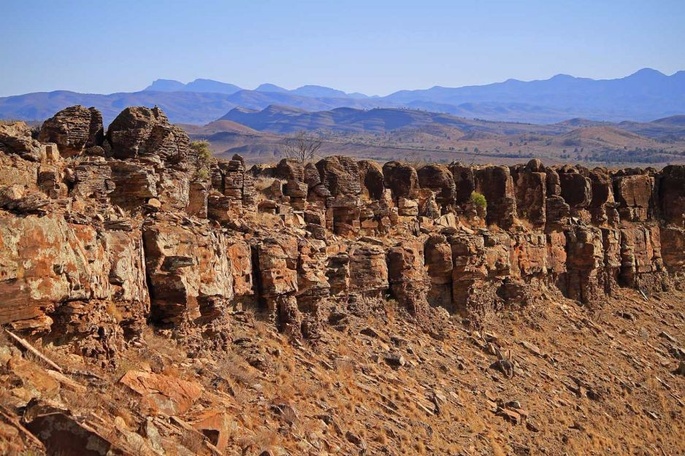 In July 2017 we heard, what we believe to be, a single Carpie contact call, at the western end of the Wall. This gives hope that the birds have survived on the wall itself but the country is too rugged to survey on foot – there are no tracks at all. As Dr. Steve Murphy explains in the video (https://youtu.be/MtcjBXVA4Co) we need to install sound recorders along the Wall over the coming summer to establish whether the birds are present. This technique has been vital to the location of Night Parrots in remote areas. The only way of placing the sound recorders in position is by helicopter.

That is why we are seeking your help. We need funds to hire a helicopter to reconoitre the Wall with our partners in this project - the Traditional Owners and the Waanyi-Garawa Rangers - to plan the placement of the gear. Then Steve will install the gear at the approved sites. He will return in March to recover the gear - again usimg a helicopter. Finally, we have to pay for the computer analysis of the results.

Steve will also install six recorders in Limmen National Park (accessible by car and walking), and we need to get them all in place before the wet season restricts access.

We hope to show that Carpies are present at China Wall and Limmen National Park so that a burning regime can be designed to protect the birds from wildfire and stimulate them to spread across their former territory. Both the Waanyi-Garawa Rangers, who manage China Wall, and the Northern Territory Government, which manages Limmen National Park, have proven capacity to manage these areas with strategic burning. Finding a small population of Carpentarian Grasswrens will provide a strong incentive to prioritise these areas for improved fire management.

If we can re-establish stable populations at these two locations through careful fire management, this will attract attention internationally as a world class conservation effort in bringing a species back from the brink of extinction.

We need a total of $38,000 to install and recover the equipment and interpret the recordings. The Australian Bird Environment Fund (ABEF) has generously provided the first $10,000 - can you help us raise the additional $28,000? Small or large donations will be welcome and tax-deductible! YOU WILL RECEIVE A RECEIPT FROM BIRDLIFE AUSTRALIA.

For more on these fascinating birds, see http://birdlife.org.au/bird-profile/carpentarian-grasswren and https://www.bushheritage.org.au/species/grasswrens

The Carpentarian grasswren is disappearing because of wildfire. We need to find the remaining birds and manage fire with fire..

Get in touch with WHERE HAVE ALL THE GRASSWRENS GONE?