Waters Productions are independent film makers, predominantly focused on raising awareness of the complexities of adoption. We have completed award winning short film The Lost Souls, we've just released a documentary, "You Should be Grateful", which is in a series and we're currently working on another doco called "You were Chosen", along with long with feature film, Primal Wound.

You Should be Grateful 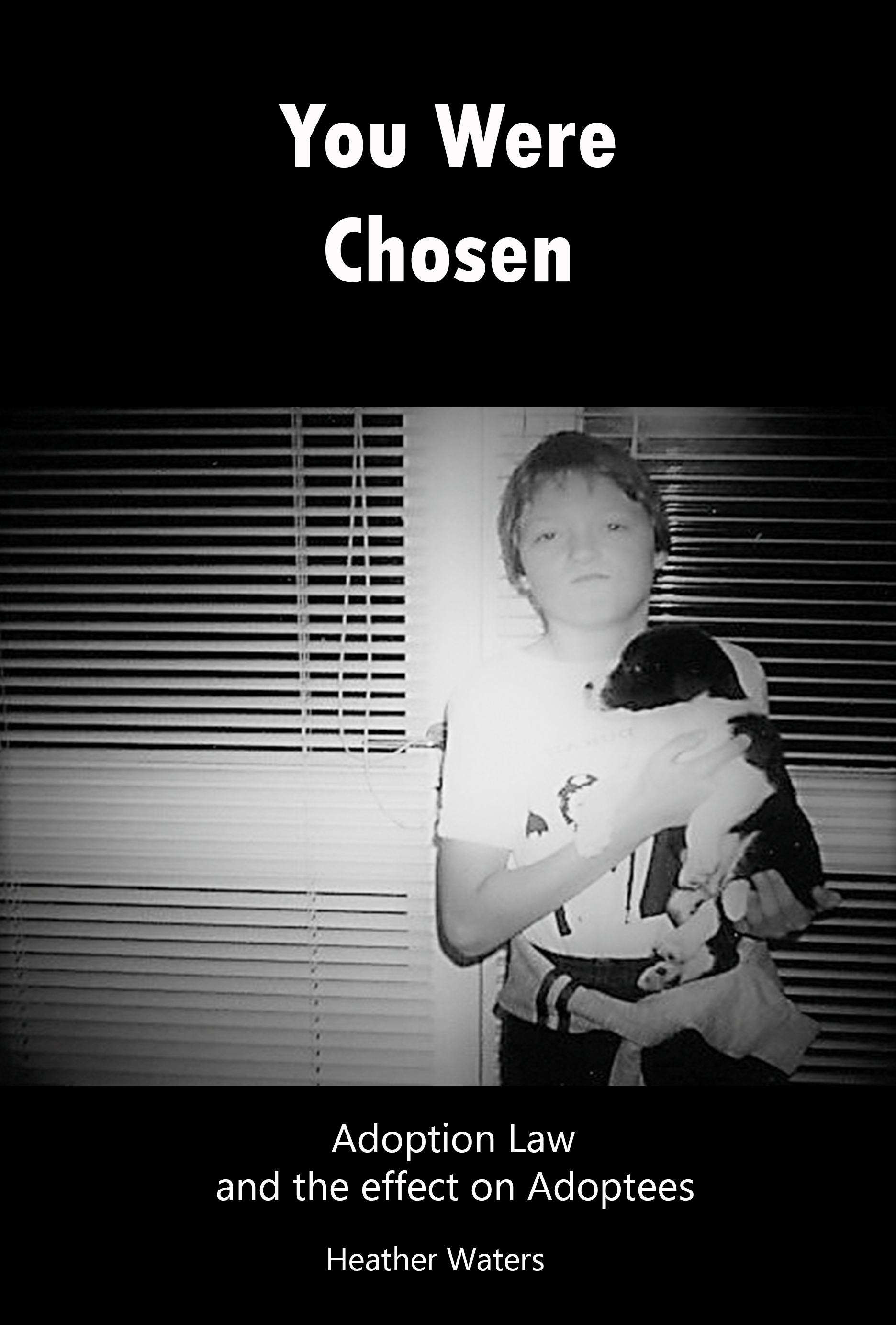 This campaign is focused on our doco, You Were Chosen. It explains how adoption laws came about, how they have changed and the effects that has had on adoptees lives. Our aim is to raise awareness of the effects of adoption on adoptees in an effort to reach higher ground so that revisions and changes can be made to our basic human rights.

I'm Heather =) and my story goes further beyond making films. I was adopted at birth, raised an only child in a single parent family; my dad leaving when I was very young. So, having walked the path, I saw, even after decades, a void in the adoptee arena. Even after 40+ years, the same narrative is still going around of adoption being win win and society at large, buying into that narrative - often literally.

Growing up, all I yearned for was a family that I call "of my own". People that I could identify with, in all the ways biological people identify with each other. Therefore, marriage meant so much to me. Unfortunately, my marriage broke down. This was the spark that ignited my journey of self discovery. I had no idea what I was looking for but never gave up. Finally, several years ago, I found myself connected into a post adoption support group. This then led to becoming actively involved within the adoption arena but I felt that I still had so much more to give. It wasn't until I had raised my two children that I found myself completely lost once more. I ventured overseas for a short while and upon my return, began writing The Lost Souls with absolutely no idea where it would lead me, just that I had to do it. So I did and the rest unfolded.

The dedicated team at WP and myself, will be creating documentaries specifically for adoptees. Making these will give adoptees an opportunity to connect with other adoptees, to form bonds and familiarity. Raising awareness helps to not only inform others but attract people and vital services, which are severely lacking, that support and assist adoptees. Your direct support will help us get closer to achieving that. If every person donated simply $1 it would help enormously! This amount will cover the cost of equipment (camera, lighting, sound etc), crew, editing (both sound and picture) and other expenses like music, licenses, travel and admin costs. There are very few resources available for adoptees and minimal adoption counsellors and psychologists that specialise in the direct effects of the adoptee, no support places - although we are beginning to create some, minimal specialised therapies and nothing of much else. Raising awareness via documentaries, is much needed for us and I can back that up by the number of interested adoptees responding to my ads, which is only for one state!! The outcry and need is huge which is what brings me to Chuffed.org, to appeal to your compassion and generosity =)

We need your help to help adoptees. We want to raise awareness, connect adoptees and provide support for adoptees by creating a series of documentaries on the journey of adoption life, in hope to reverse some of the adoption myths and implement change.

Receive supporter recognition on both the getaway/doco webpage and website

Get in touch with Adoptee Documentary