Philly Socialists is planning our most ambitious year yet!

UPDATE: We lost about $2,000+ in equipment when the police bike-dozed our occupation at ICE's Federal Detention Center in Philly.

When community organizations got together and decided to occupy ICE, Philly Socialists committed our resources to make it happen. This meant buying tents, committing our PA system, renting a U-Haul, and reimbursing people for purchases and transportation costs. We had already paid a large chunk of cash, but then the police destroyed a lot of the equipment we had on the ground.

However, this is why we fundraise. We raise money so we can afford to do what is necessary to fight and win. Help us out and push us to $25,000 mark!

Now more than ever, we need an organized movement of tenants, workers, and immigrants

Nearly two years out from the election of President Donald Trump, the initial shock has worn off. Many feel lethargic and hopeless.

But from teacher strikes to Black Lives Matter, people are still fighting back! Philly Socialists is at the forefront of this resistance here in Philadelphia.

Without support from any national organizations, grant money or corporate media coverage, we've built a movement. But we're just getting started... 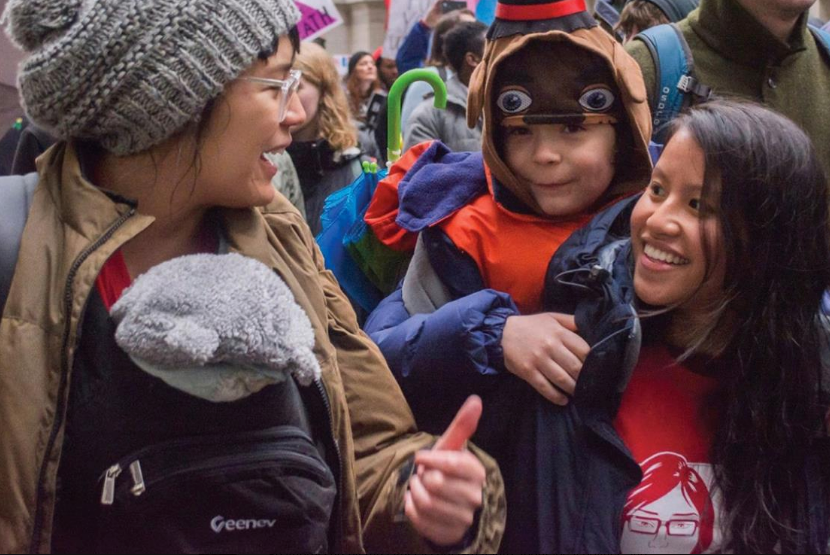 We're proud of what we've accomplished with your support

We've asked for your support in the past and every time you've stepped up to help us achieve our goals.

With your help, we founded the Philadelphia Tenants Union, an independent mass organization for renters that is a major player in the struggle for affordable housing. Philadelphia faces the worst housing crisis in generations: rents are rising, neighborhoods are gentrifying, and evictions are at epidemic levels. 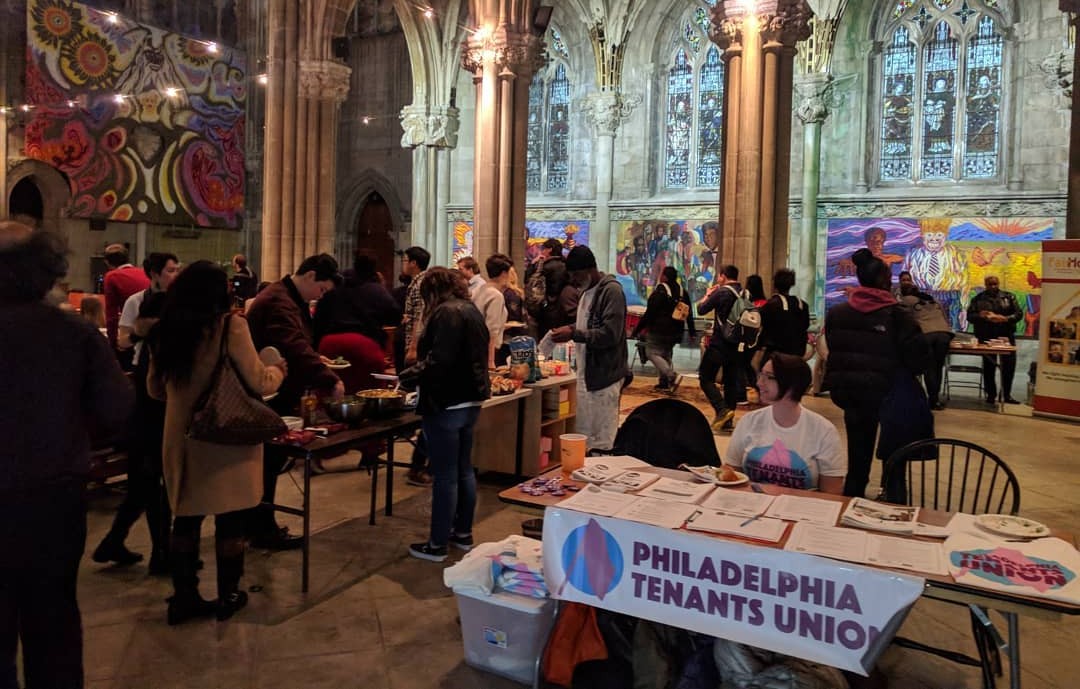 The Tenants Union is at the forefront of fighting back. They organize renter resistance in entire apartment complexes that are being displaced by greedy developers, and are vigorously advocating on behalf of a Good Cause eviction protection bill to prevent discrimination and defend the vulnerable renters from homelessness. 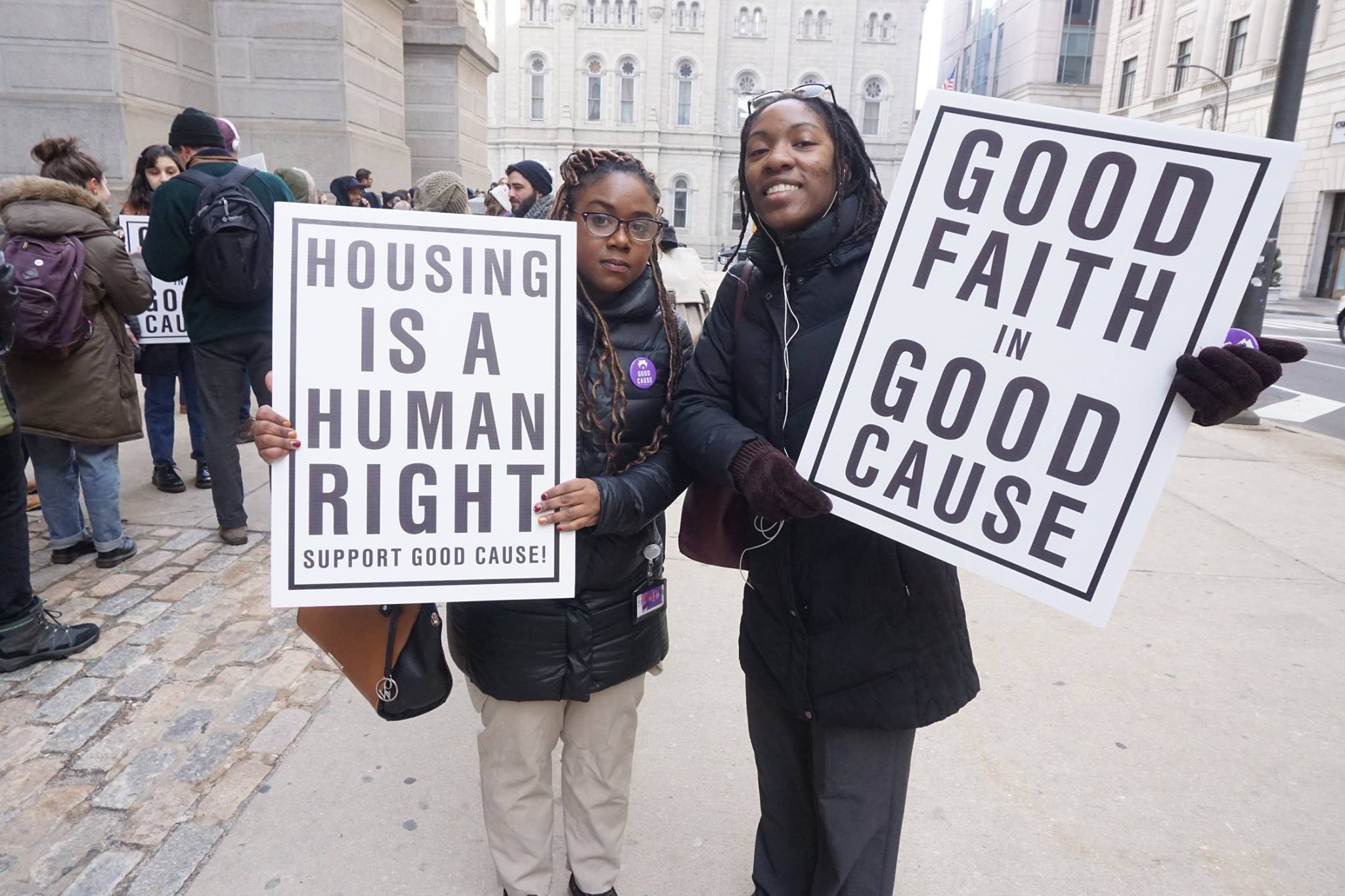 We siezed privately owned vacant land that was neglected and full of trash and turned it into the César Andreu Iglesias Community Garden and park for the neighborhood. Last year we expanded it and are now creating small barriers to ward off illegal dumping of construction waste by developers, a chronic problem in the area. 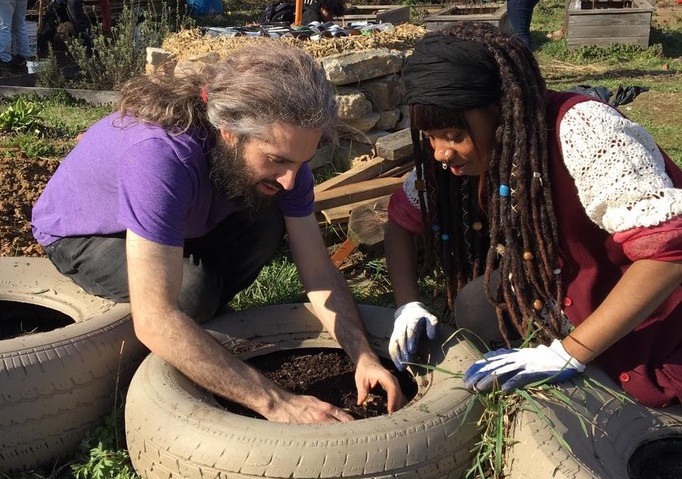 Profiteering developers have already demolished several other nearby gardens. Supporting our fundraiser will help us fend off these encroaching gentrifiers by securing the land for neighborhood residents. 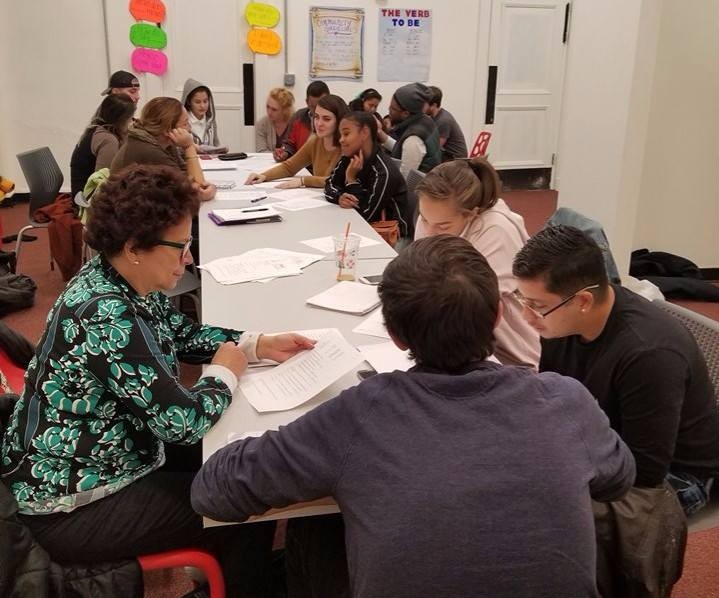 Our neighborhood English as a Second Language classes continue to assist immigrants to learn or improve their English for free. Philly Socialists started these classes 7 years ago when no one else in the city was offering such a service. We did this because we saw a need that the government, nonprofits, and private sector were not fulfilling.

This year we supported one of our students on their path to citizenship by organizing a successful crowdfunder to pay for their green card application fees! 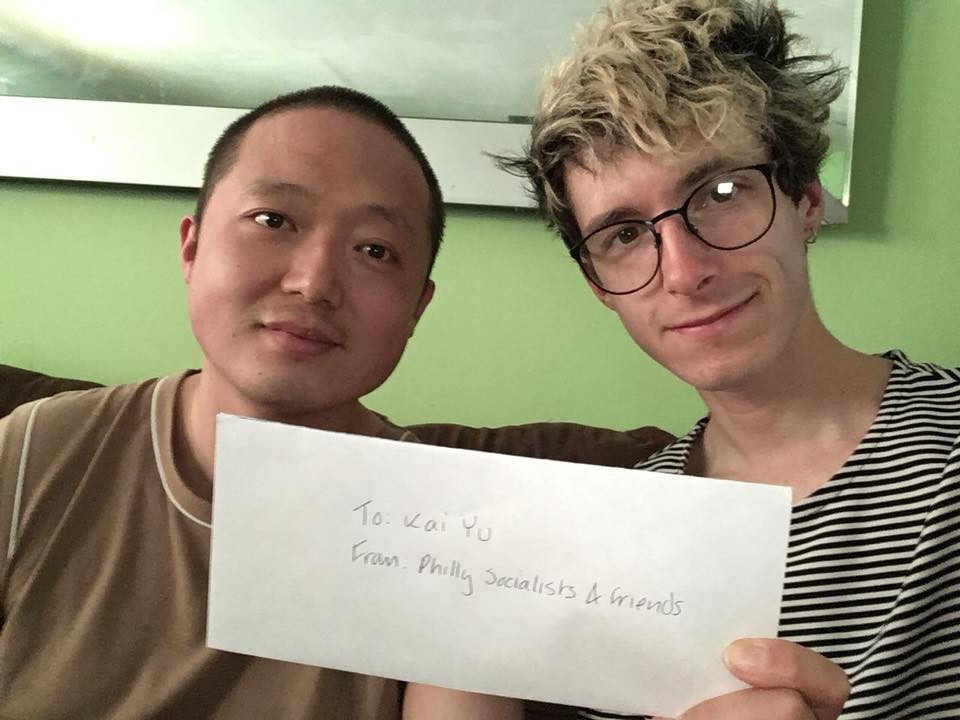 Subscriptions to our local news journal The Philadelphia Partisan continue to grow. We now distribute 1,000 free copies per issue in working class neighborhoods. Residents can read about radical history, contemporary labor issues, and political corruption that they won’t find in the mainstream corporate media. 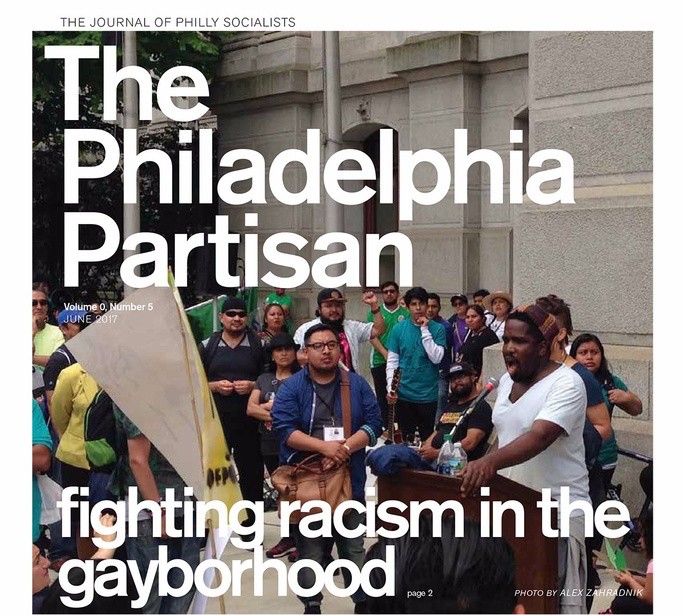 Our student branch, Drexel Socialists, is spearheading the movement for Drexel University to become a Sanctuary Campus. They are also launching a student tenants union to organize students living in American Campus Communities housing, which exploits students' requirements to live in campus housing. 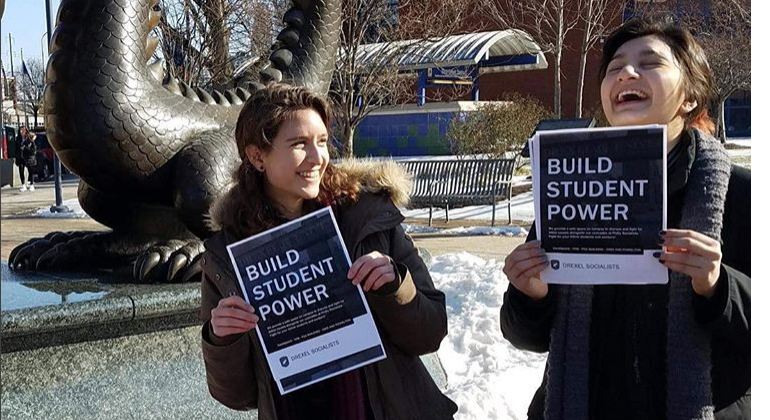 Drexel Socialists also rallied in support of progressive former professor of policical science George Ciccariello-Maher, who was driven out the university.

In August 2017, we hosted a conference of similar community-based socialist organizations from around the country. Over 150 activists from half a dozen states converged to discuss their organizing efforts. The conference culminated with the signing of an open letter endorsing unification of over 15 of these local groups into a nationwide formation. 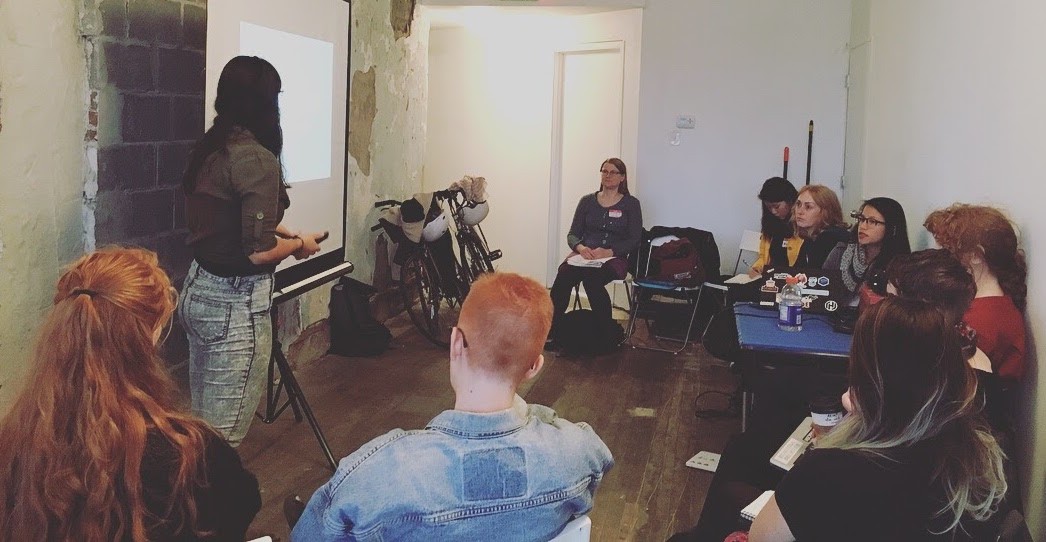 We continue to turn people out to hit the streets. We’ve organized protests against the repeal of Net Neutrality, demanded the removal of the racist Frank Rizzo mural from the Italian Market, raised our voices against police violence at the conference of the International Association of Chiefs of Police, and marched in support of women's rights on International Working Women's Day. 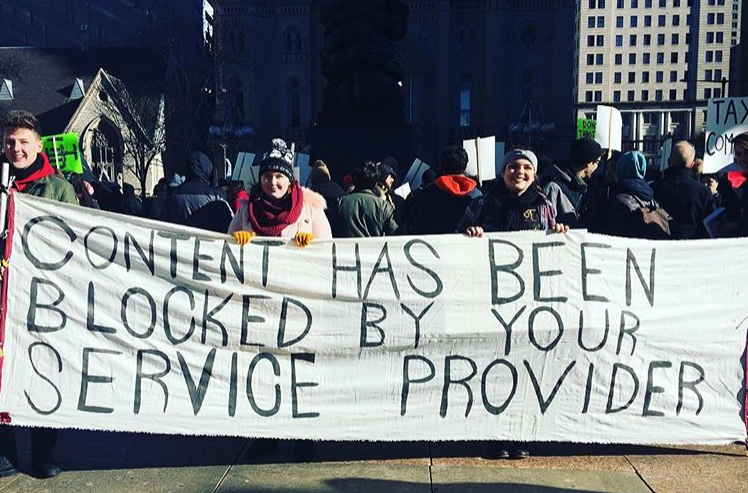 To spread our socialist message, we've held cultural and educational events, including: Rock Against Fascism to raise money for victims of the 2017 Charlottesville attack, benefit concerts for J20 defendants — peaceful protesters at the inauguration of Donald Trump who were illegally arrested and issued felony charges — and a dramatic reenactment of Frederick Douglass delivering the powerful speech "What to a Slave is the 4th of July?" 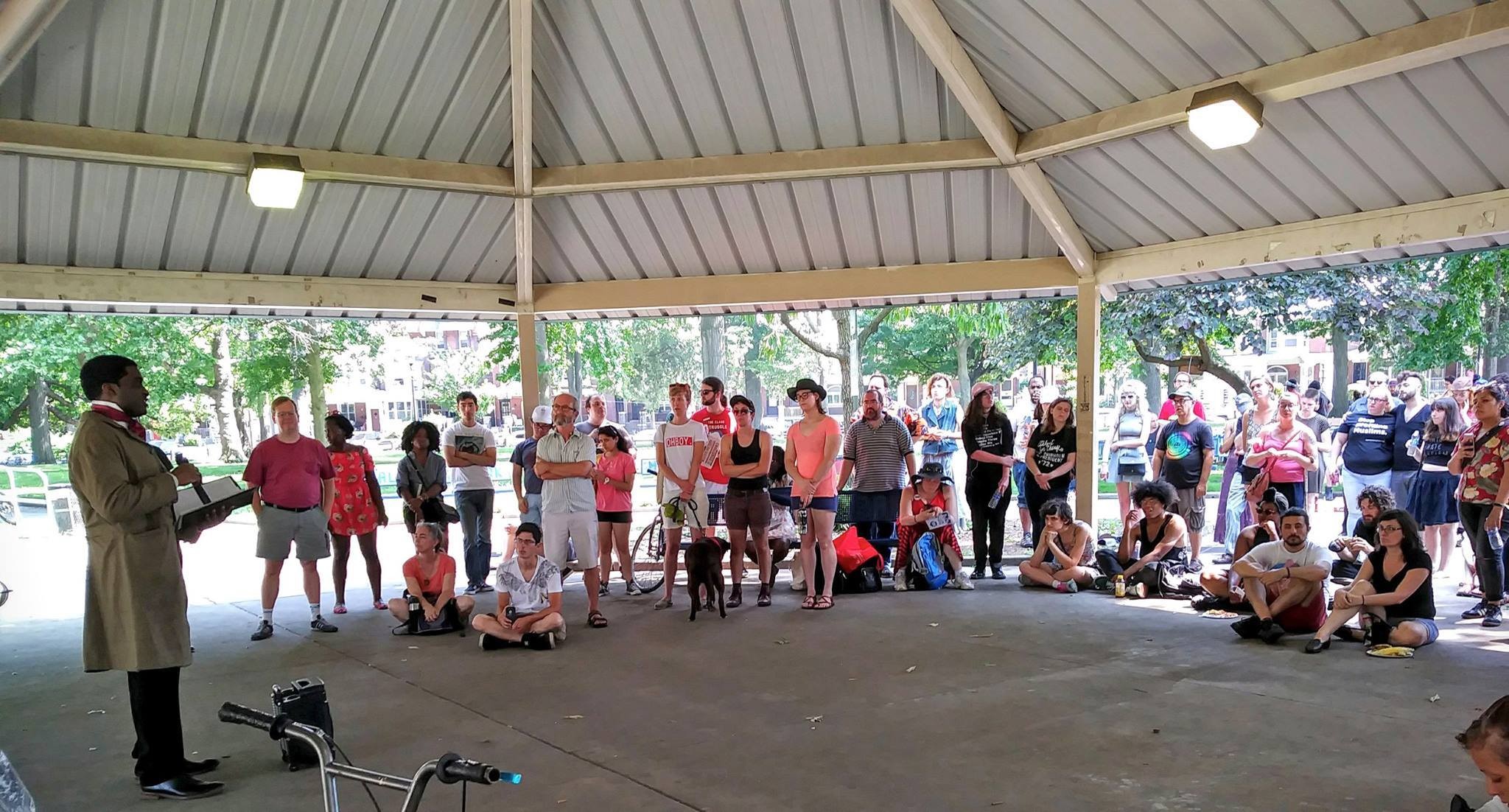 We need your help to continue growing locally and nationally

Over the next year we will roll out two of our most ambitious projects yet:

With the threat of Amazon's second headquarters locating in Philadelphia, and increased corporate interest in Philly's "growing market", we desperately need an aggressive labor movement. Philly Socialists is poised to push back against the narrative that these corporations will improve the lives of the residents in the poorest large U.S. city by providing jobs.

We know the jobs for existing residents will be low-paying and exploitative, and the influx of white-collar tech workers will skyrocket housing costs, pushing working class people out of the city. 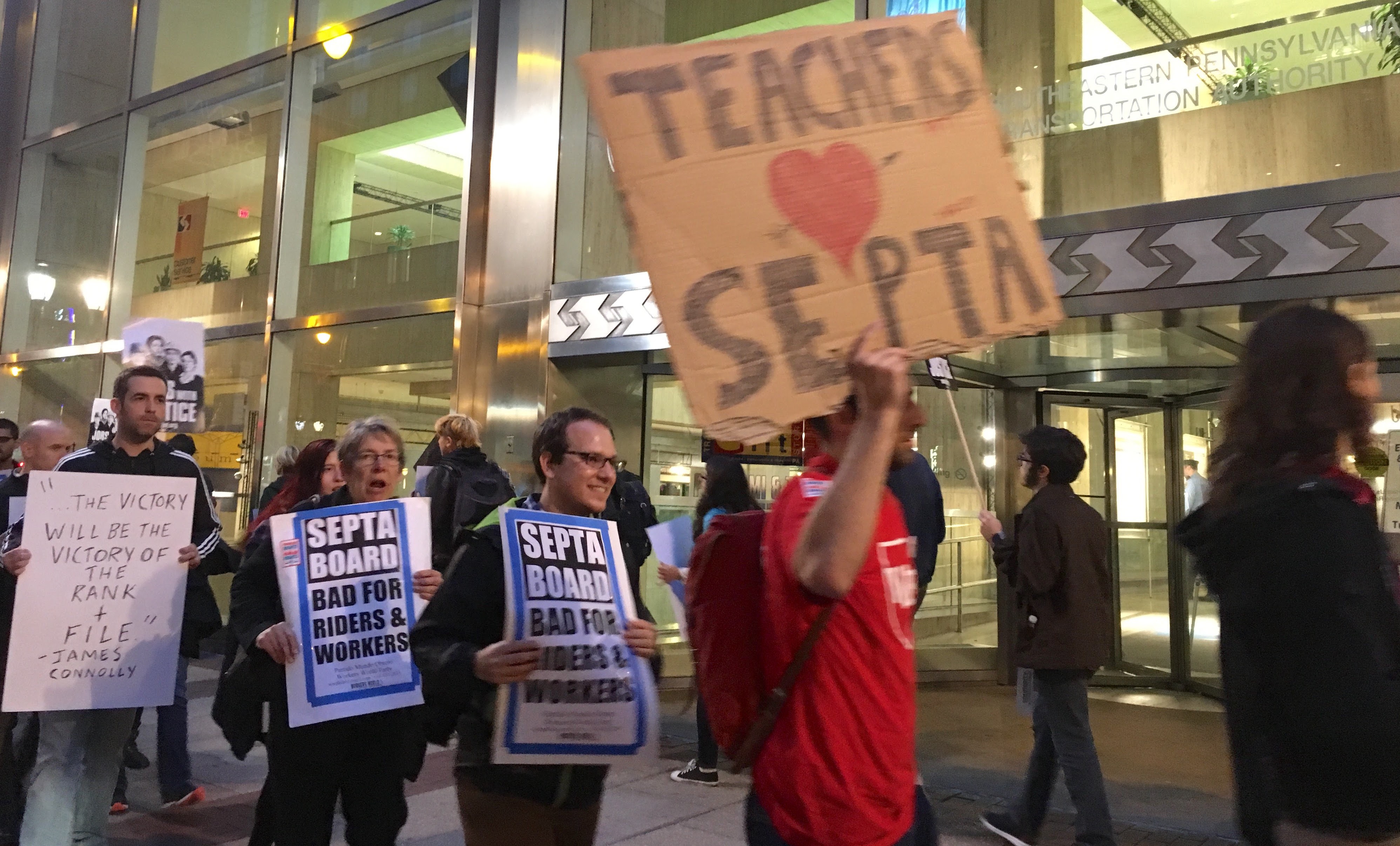 That's why this year we will begin to create worker-organizing center to fight bad bosses directly alongside workers, provide know-your-rights trainings and legal support, teach worker organizing skills, and win concessions from bosses and much-needed reforms from the government. 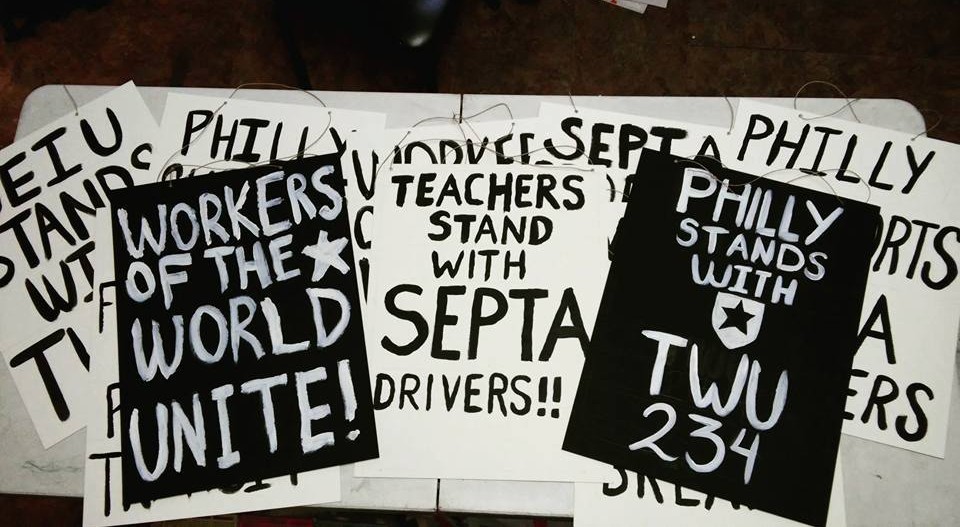 A Nationwide Network of Radical Organizers:

We know we need to start a national movement if we actually want the power to change things.

Building on last year’s conference, representatives of Philly Socialists, Cooperation Jackson, and the Democratic Socialists of America (DSA) are going on a speaking tour of southern US states in the fall. Together, we will share our vision and community-based organizing model with 8 cities in the southeast U.S. who are eager to start or build on similar organizations.

We will also invite activists from across the country to an “organizers’ retreat” where we’ll spend several days sharing our skills and experiences in local activism.

These efforts will accelerate us towards the founding a nationwide socialist organization in partnership with dozens of groups across the United States. 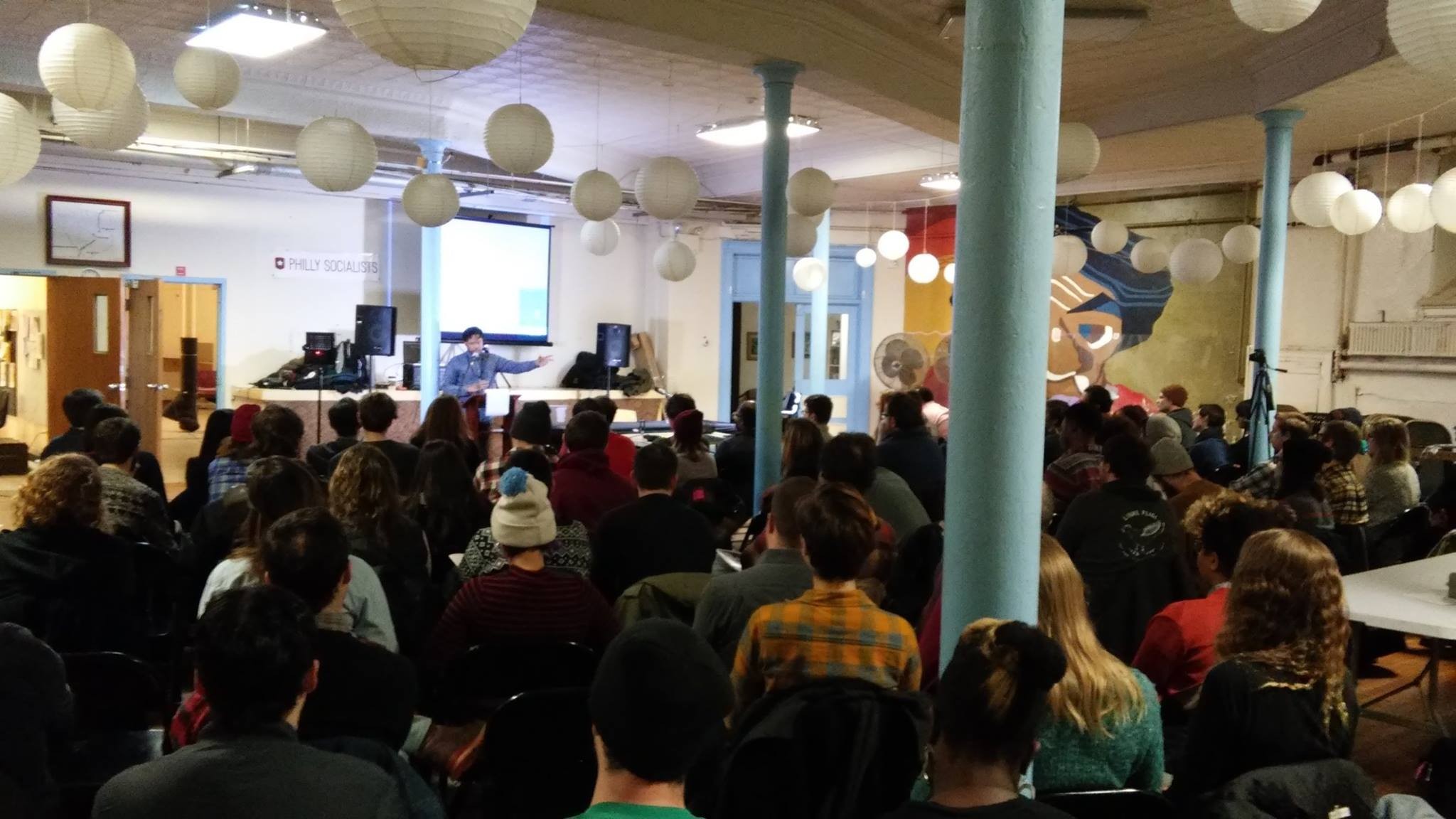 In summary, we're asking for your help to:

THANK YOU! Every dollar is a step towards the more just, equitable, and sustainable world we're building!

We work with poor & working class people to serve their needs & win power. Our model is being replicated around the country. Help us take this thriving progressive movement to the next level!

Let us share how much we appreciate your support with a hand-signed thank you note.

$20 Rise Up & Seize the Means of Production Button

Inspired by the colorful utopianism of Lisa Frank, this perky dolphin delivers the mandate of socialism with a smile! This approximately 2" button was designed by a comrade in the San Francisco branch of Socialist Alternative, and is backed with a pin.

The iconic Philly Socialists t-shirt (available in unisex and children's sizes). Shirt is union made in USA and was designed by illustrator Anuj Shrestha.

The signature Philadelphia Tenants Union tee, available in unisex & children's sizes, these shirts are union made in USA and designed by Alexander Zahradnik.

The Philadelphia Partisan is our full-color monthly newspaper offering an incisive blend of theory, hyper-local reporting, poetry and art. Claim this perk for a year's subscription, including the first three issues we've published, delivered directly to your door.

$1,000 Karaoke with the Central Committee

At our last Congress we voted to expand the size of the Central Committee. You know what that means: all the more people to party with! Join our elected leaders for a rip-roaring night on the town, drinks and your cab ride home on us. Consider yourself warned: the Chair has quite the set of pipes. 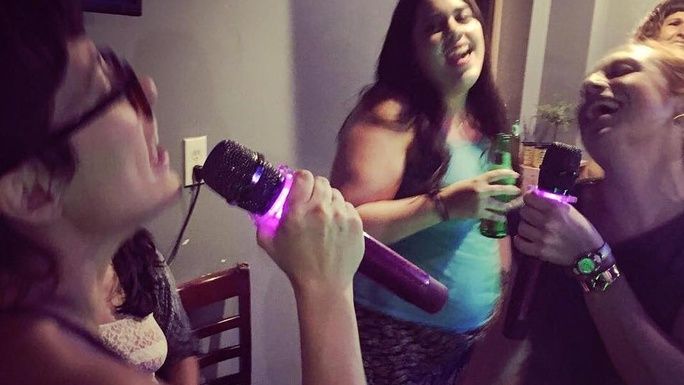 Get in touch with Philly Socialists is planning our most ambitious year yet!