The Great Strike of 1917 began on August 2nd, 1917 when 6000 workers at Eveleigh Railway Workshops (now Carriageworks) and eventually involved workers 70,000 and 100,000 workers over ten weeks and spread from Sydney to Newcastle, Bathurst, Lithgow, Bourke, Maitland, Broken Hill, Goulburn, Wollongong, Mudgee, Armidale, Lismore and other country towns. See more about the strike and the free exhibition at Carriageworks here. 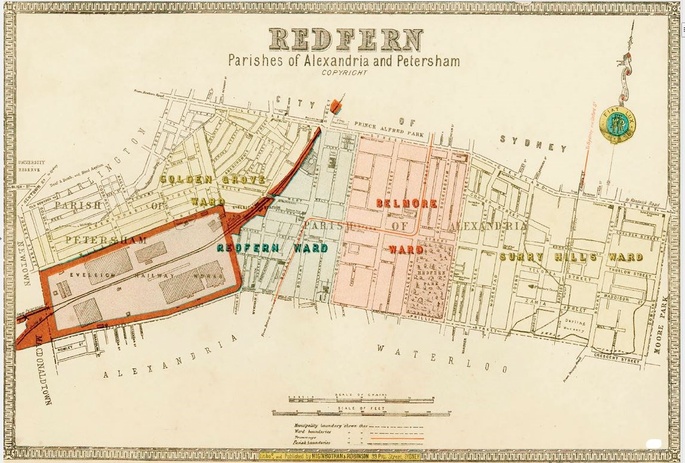 It is a story of comradeship and hatred. Bitter hatred.

It is a story of murder, and an unfinished quest for justice.

It is the story of a crushing loss, where we win in the end.

The strike was lost, but it's legacy defined NSW Labor and the labour movement. Many of those involved came to define the party and the movement for generations ... Ben Chifley ... Jack Lang ... Doc Evatt ... Eddie Ward ... Joe Cahill ... Bill McKell. 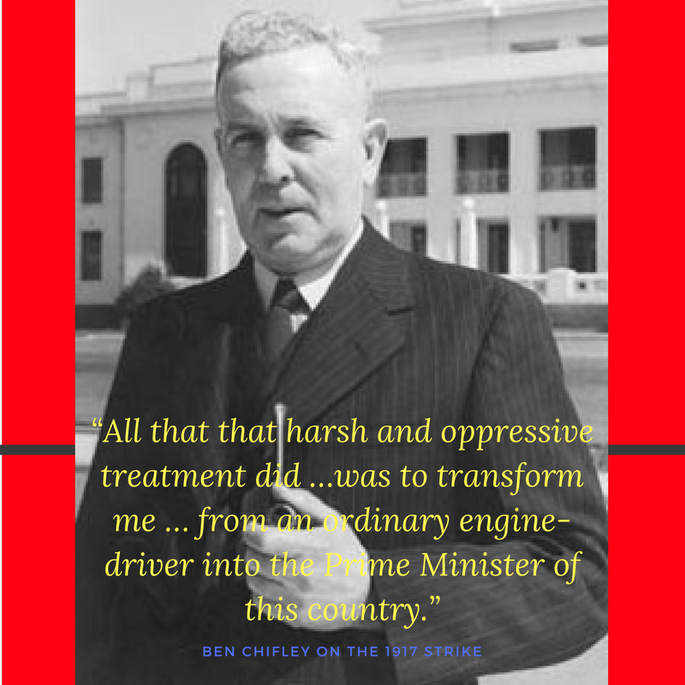 Merv Flanagan was one of the strikers, an impoverished carter living with his wife and family in Camperdown. He was shot dead by a strikebreaker, who also happened to be the brother of a prominent Conservative politician.

Government policy at the time was to enlist strike-breakers, and to issue some of them with revolvers.

What followed was an outrage. 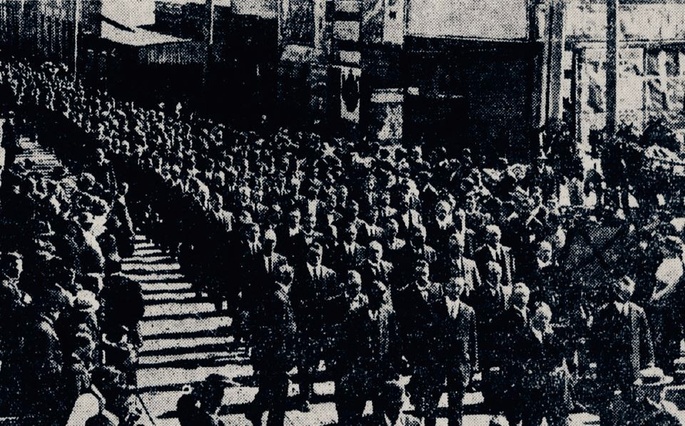 He received hundreds of letters and telegrams of support, some of which described Flanagan as ‘an enemy of the state’ and ‘a parasite of the lowest social order.’

His defence was funded by wealthy sydneysiders including A. M. Hemsley of the law firm Allen, Allen and Hemsley who put the hat around at the elite Union club.

Then Wearne was freed.

A Coroner’s inquest found he acted in self-defence. This finding was used to have the manslaughter charges he faced withdrawn.

The Acting Coroner hailed from Wearne’s home town of Bingara.

By contrast, James Flanangan and Williams were jailed for 3 months each.

100 years later, it is still an injustice.

... But you can help honour Merv's memory

Merv’s grave is at Rookwood and while it has undergone some repairs, we should restore it to a better state and make clearer Merv’s status as a martyr of the New South Wales labour movement. We will work with Merv’s descendants to do this in a respectful and appropriate fashion.

You can contribute to this crowdfunding campaign to raise money to honour Merv’s legacy and that of all those involved in the Great Strike of 1917.

Please contribute through this campaign to restore a measure of justice and honour the memory of the 1917 Strike.

You can also direct deposit into the following account, please note it clearly for the 1917 Flanagan Headstone campaign:

Mervyn Flanagan was murdered by a strikebreaker in Camperdown during the Great Strike of 1917. Contribute to our campaign to create a permanent memorial for this labour movement martyr.

Get in touch with Merv Flanagan Appeal