I remember when #GivingTuesday first launched in Australia. It was 2013, I had just hired our first employee, and together, we had just launched the new rebranded "Chuffed.org".

This is what it looked like (the internet ages quick!): 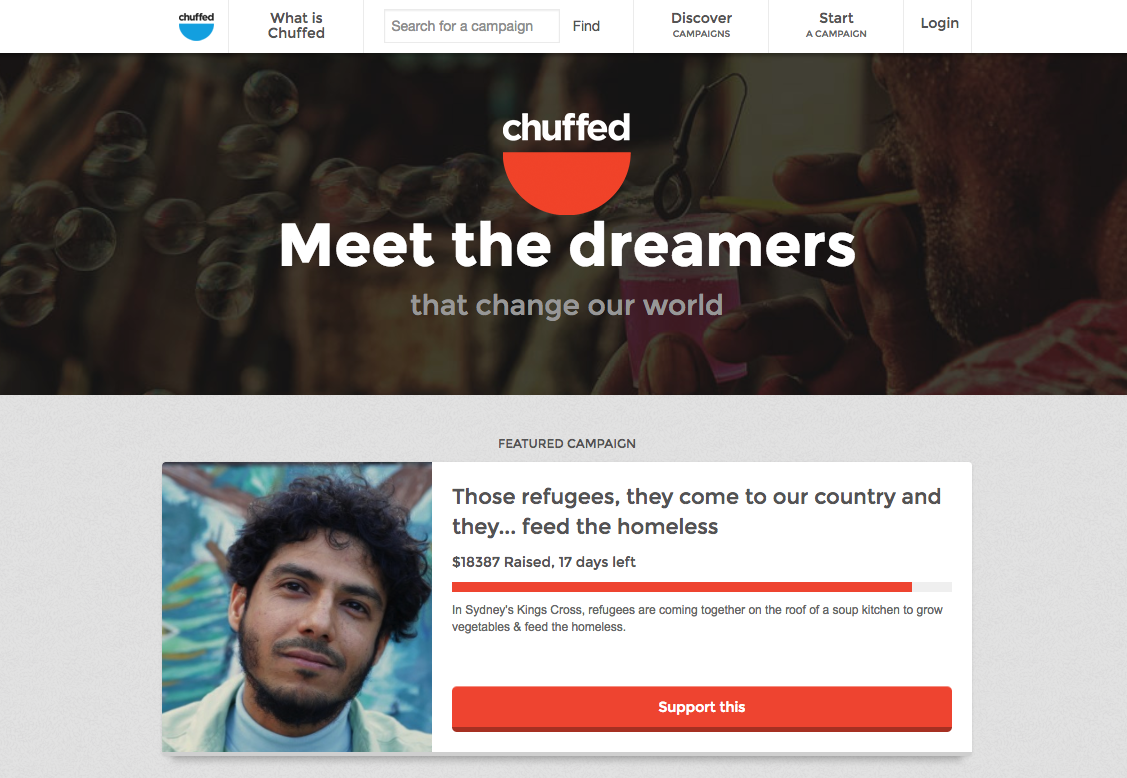 It wouldn't be until the next #GivingTuesday in 2014 that we'd announce hitting our first $1 Million milestone through Chuffed.org.

Now, three years later, we have an incredibly special announcement. You, our amazing community, have now donated $20 Million to campaigns on Chuffed.org.

We can't thank you enough for believing in us, and more importantly believing in our campaigners. Everyday, they put up their hand to make our community and the world at large better for everyone.

When we hit $10 Million in donations, we celebrated by letting you in on some of our more interesting data in this post.

Today, we're reflecting on the big trends in 2017 and what that means for the future.

Trend 1: Seniors are getting online - fast 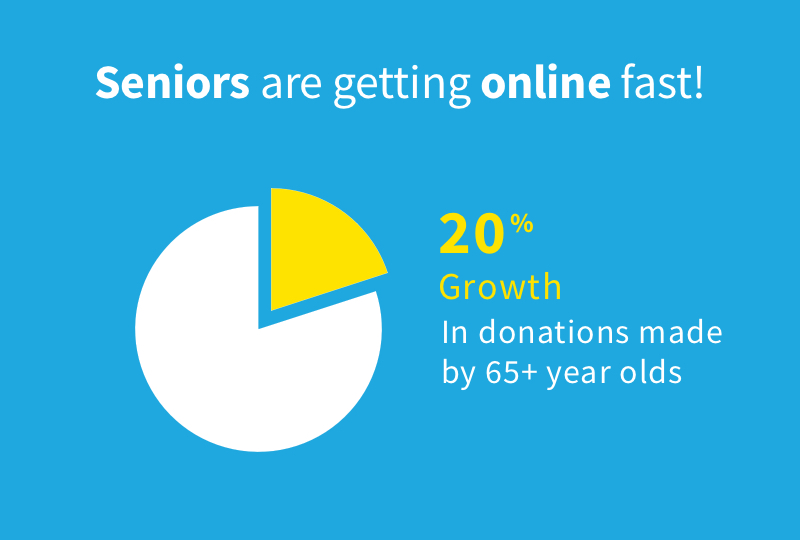 The growth of 65+ year old donors outstripped the growth rate of any other demographic bucket. Their share of donations grew at 20%, mostly taking market share from 18-24 year olds. To put that in perspective, 65 year olds now account for nearly twice as many donations on Chuffed.org as 18-24 year olds.

It's been coming for a long time, but now it's official. We're at 50/50 for mobile -tablet donating vs desktop donations. Despite those tiny keys, punching in your card details on your phone or tablet is now just as popular as doing it on a computer. Looking at the trend, mobile donating is set to become the norm very soon. 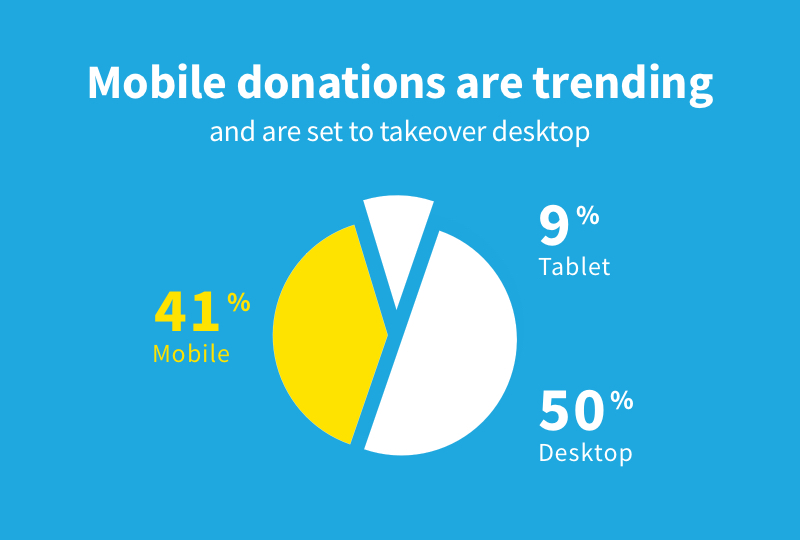 Trend 3: Campaigns are getting bigger

This year we focused a lot of effort on bringing more education to our campaigners: we built the Chuffed.org Academy, we trained 100s of campaigners through our in-person workshops, and we focused on building tools in Chuffed.org that we know make people more successful - like our new Chuffed Team Tools. 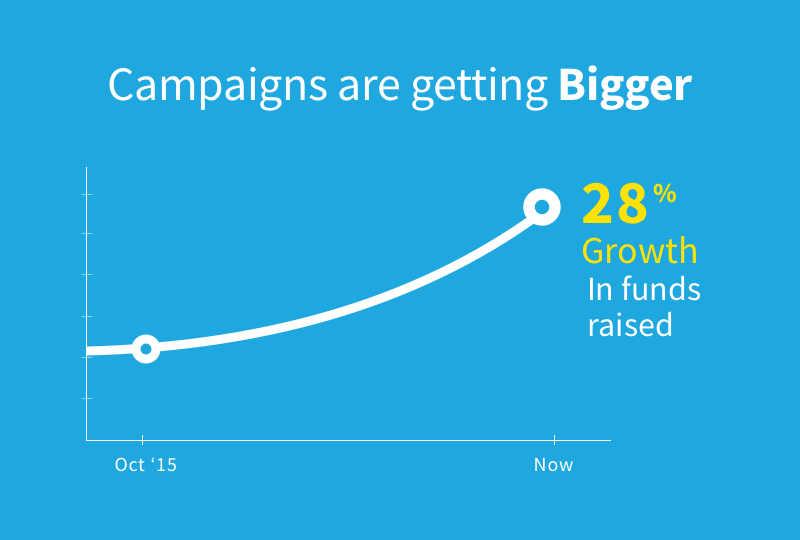 Oh, and not only are they raising more, their doing it even quicker - 15% quicker to be exact.

Stayed tuned in 2018 for some great tools we'll be adding that are going to help you raise even more.

Last year, people used to take the 7pm hour off from donating to - we assume - stop and have dinner. In 2017, it looks like we're now on our phones, donating straight through dinner - the dip has disappeared. I'm not really sure how I feel about this one! 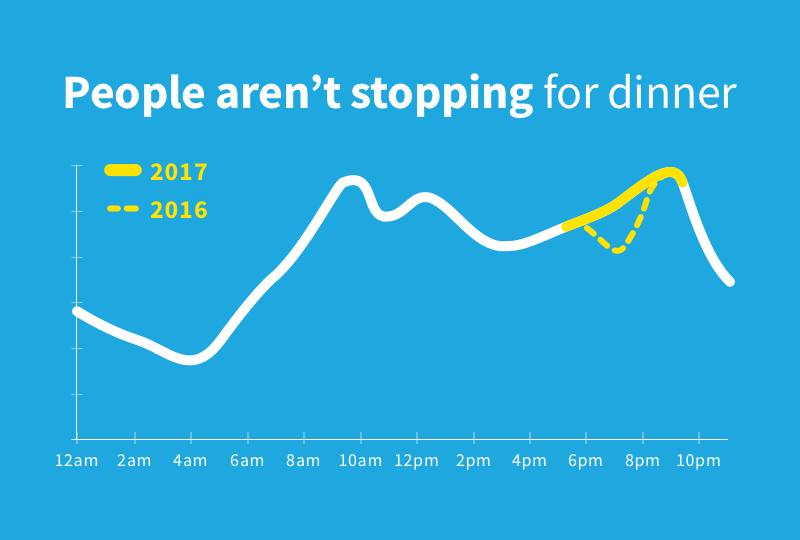 Want to know what didn't change?

Trend 5: Women are still much more likely than men to donate

Women continue to lead the revolution. Donors are still twice as likely to be women than men and women outshine men in every single age demographic. 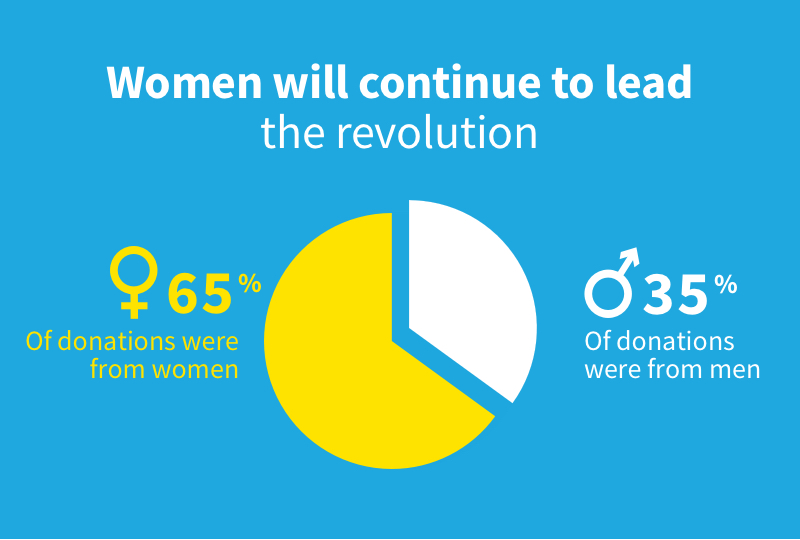 To celebrate #GivingTuesday2017, we're giving you a sneak peak into Movements - a brand new way of finding campaigns you care about on Chuffed.org. Just click through here, find something that you're passionate about and I'm sure you'll find a campaign that'll inspire you.

Inspiration
Fundraising campaigns that use our team, peer to peer feature raise 2.5x more than a standard campaign.
Read more
View all articles