The Ten Summits Challenge is a hike up the 10 highest peaks in Australia to raise awareness for Machado Joseph Disease (MJD) and people with disabilities; as well as raising funds for the MJD Foundation for research into a cure.

MJD—also called spinocerebellar ataxia Type 3 (SCA3)—is one of approximately 30 recognized, dominantly inherited forms of ataxia. Ataxia is a general term meaning lack of muscle control or coordination. MJD is characterized by slowly progressive clumsiness in the arms and legs, a staggering lurching gait that can be mistaken for drunkenness, difficulty with speech and swallowing, impaired eye movements sometimes accompanied by double vision or bulging eyes, and lower limb spasticity.

MJD is a progressive disease, meaning that symptoms worsen with time. Life expectancy ranges from the mid-30s for those with the most severe forms of early onset MJD to a nearly normal life expectancy for those with mild, late onset forms. The cause of death for those who die early from the disease is often aspiration pneumonia

The exact progression of the disease is different from person to person, as is the speed of the progression. However, the pattern seen is a gradual degeneration in:

• ability to walk without falling over;

• speed of reflexes (or reaction time);

The 2020 Ten Summits Challenge is to raise awareness for MJD and people with disabilities in memory of Bec's Mum, Julie Hickox who passed away in August 2018 from MJD at the age of 54. Julie was so proud of our efforts in the 2018 challenge which raised $27,121.41 for the MJD Foundation. The 2020 challenge means so much more to Bec and the team. Julie saw a small amount of change from the awareness that we raised. But watching the suffering and hardships Julie and her Husband Malcom went through, especially in the last year of her life, has given Bec a new drive to continue to raise awareness.

The 2020 fundraising goal is $42,063.75 which was set by Malcom. He set this goal as this was the amount Julie was allocated by the NDIS for assistive technology but did not see a cent of. Applications where made for items such as modifications to Julie's wheelchair to support her changing posture, a personal pager so Julie could let Malcom know when she needed him, and portable ramps to assist in accessing buildings that have steps. Unfortunately these applications were always waiting for "final approval".

All the money raised from the Ten Summits Challenge is guaranteed to go to those who need it.

Share the Ten Summits Challenge with your friends and family. Help raise awareness!

Donate to show your support. All the money raised goes to the MJD Foundation for research into a cure and to help those living with MJD and the families that care for them.

Help us reach our goal!

Give what you can!

All businesses that support us will be listed on the sponsors page, and there will be the option of having a business logo on the page if a donation of over $100 is given. 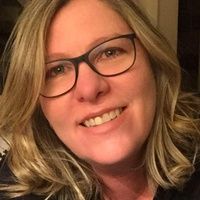 Hiking up the ten highest peaks in Australia to raise awareness for MJD and people with disabilities. All funds raised go to the MJD Foundation for research and support programs. Read! Share! Give!

Get in touch with Ten Summits Challenge 2020