KP120 is in part the story of young men locked up behind a heavily guarded wall, already struggling with years of incarceration and depression, now fearing for their health, and denied basic infection control protocols so rigorously enforced elsewhere across the state. Some have been locked up since they were 15 years old having spent seven years in detention for seeking sanctuary, others long to be reunited with wives and children they can see but not touch through the wire.

But KP120 is also the story of the activists in their corner, veteran crusaders and progressive lawyers joined on the roadside by young undergraduates in denim shorts and boots stretching their social justice chops. This collective, whose activities begin as a cheeky, socially distanced campaign calling for the men’s release on health and safety grounds, builds to road blockades, all-night vigils and arrests.

When the protest started it was restrained, generic even; but by the time the first sleeping bag unfurled six weeks later, the protesters outside the security perimeter and the men waving their thanks from the hotel balconies had established connections. The refugees had become Farhad, Saif and Abdullah.

This exhibition is the story of that human connection.

KP120 is an exhibition of photography, messages and soundcapes that documents a relationship forged across a border of concrete and wire. It is a relationship between 120 asylum seekers locked up in a repurposed three star Brisbane motel, and a collection of activists determined to secure their release.

A multimedia photo exhibition designed to humanise the headlines about asylum seekers and public protest, KP120 shines a light on the people engaged in three months of refugee solidarity action at Kangaroo Point, APoD detention centre during the height of the COVID-19 pandemic.

What are we seeking donations for?

The donations will be used to print and exhibit a series of photographs captured during the three-month protest in addition to120 portraits of individual activists bearing handwritten messages of solidarity and hope to the 120 incarcerated refugees.

Donation funds will also be allocated to editing audio narratives and soundscapes of the protests, which will accompany the exhibition.

Any funds remaining at the end of the project will be used as seed money for two related projects – a multi-media journalistic exploration on the government policy driven breakup of asylum seeker families; and a collaborative photo-documentary project with the Rohingya refugee community in south-east Queensland.

If you are looking for a sponsorship opportunity rather than making a donation. Please contact us directly via kalicomedia@gmail.com 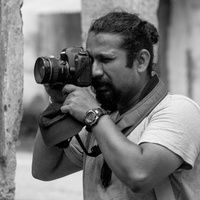 An exhibition to humanise the headlines about asylum seekers & public protest, KP120 shines a light on the people engaged in refugee solidarity action at Kangaroo Point detention centre during COVID.

Set of 3 postcards of KP120 image with a hand-written thank you note.

Est. Delivery Date: Within a month of the end of the fundraising campaign.
6 claimed
Unlimited left

Signed archival quality A5 photograph from the KP120 collection suitable for framing.

Est. Delivery Date: Within a month of the end of the fundraising campaign.
4 claimed
Unlimited left

Signed archival quality A4 photograph from the KP120 collection and set of 3 postcards.

Est. Delivery Date: Within a month of the end of the fundraising campaign.
1 claimed
Unlimited left

Signed archival quality A4 photograph from the KP120 collection, set of 3 postcards, and a handmade reusable facemask or tote-bag sourced from a Brisbane-based refugee tailor.

Est. Delivery Date: Within a month of the end of the fundraising campaign.
0 claimed
Unlimited left

The right to display a pull-up banner or similar at opening and during exhibition; your logo/name as key sponsor on the program; logo/name and weblink on exhibition website. Plus signed archival quality A4 photograph from the KP120 collection and a set of 3 postcards. Please note this level of support is subject to approval.

Get in touch with KP120: Portrait of protest